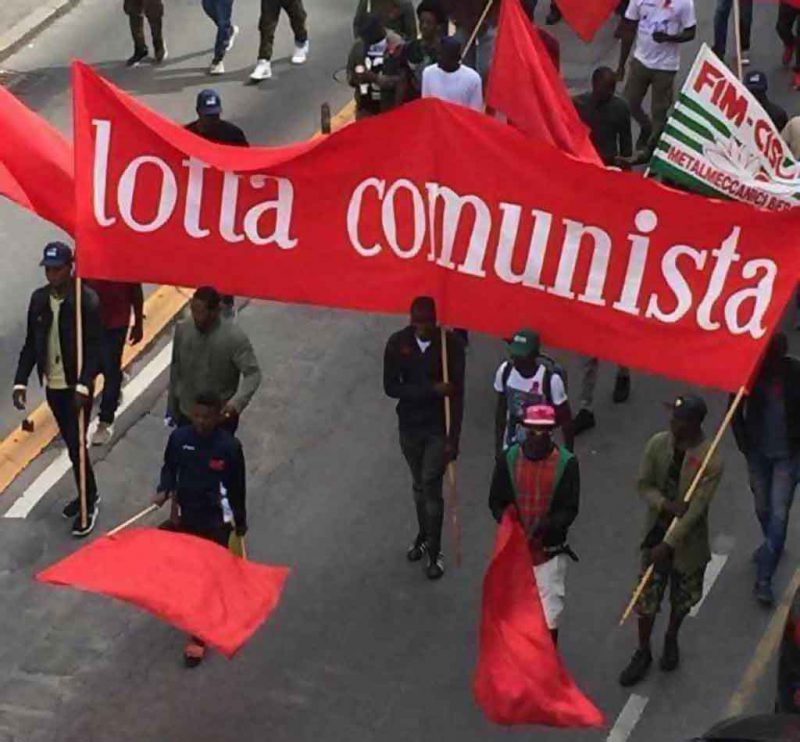 In 1968, the new coalition of minorities and white ethnic minorities overthrew the old WASP order and replaced it with a Leftist social and political order. Since much of the founding story of our country involves individualism and individual freedom which requires equality, it was easy to graft this neo-Communist outlook into what we considered our identity.

That was fifty years ago. Since that time, everything has gotten worse in every way possible; in fact, we see enough things going wrong that we recognize misrule, or that our leaders are incompetent. Furthermore, we see that they became our leaders because they said things which seemed to fit with the new identity we had chosen.

Consequently, and not just in the USA, people are throwing out the 1968-era changes. They are removing Leftists from power because among us all there is some kind of inkling of recognition that Leftists are just bad, an old WASP term which implies that they are somehow genetically flawed or otherwise broken in terms of their immutable traits of character. 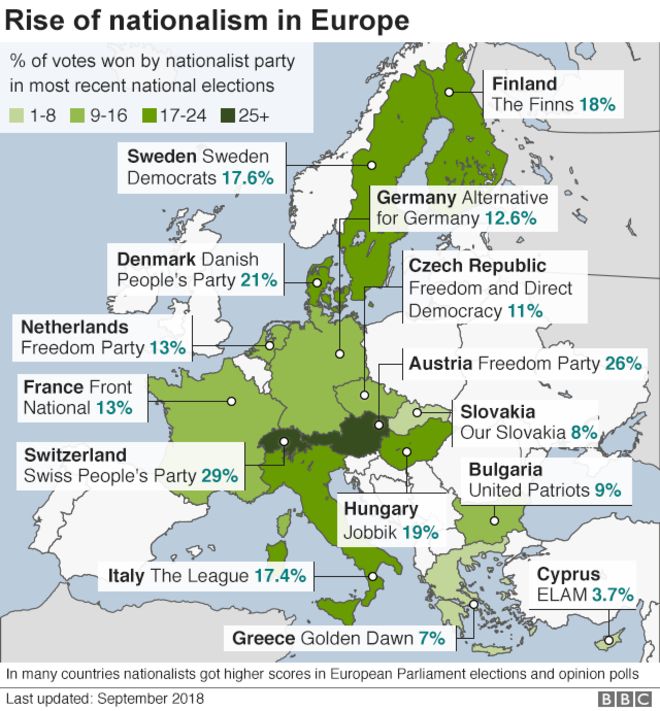 As the Left-leaning BBC chronicles, Right-wing parties are taking power across Europe; to this we can add that they are also rising in the rest of the world, since Brazil just elected Jair Bolsonaro in defiance of decades of Leftist misrule.

More importantly, the architect of diversity in Europe has terminated her political career by gambling on diversity:

After dominating European politics for well over a decade, Angela Merkel has said her fourth term as Germany’s chancellor will be her last.

Speaking after disastrous regional elections in Hesse and Bavaria for her Christian Democrats and its Bavaria-only sister party, Merkel on Monday said she saw the results as a “clear signal that things can’t go on as they are”.

She said she would not be standing as party leader at the CDU conference in December nor seek another term as chancellor at Germany’s next federal elections, due in 2021, adding that she would withdraw completely from politics after that date.

The magnitude of this shake-up has yet to be fully felt. Although technically a “conservative” politician, Merkel embraced the Leftist agenda in full, promising great social benefits and more diversity in order to fund those. When voters saw the consequences of her actions, as with Obama, they fled the other way.

The Left got to power by promising armchair solutions. If we just became tolerant, diverse, and pacifistic, we could eliminate social problems by giving people what they want instead of, as those fusty old conservatives argued, setting standards and rewarding those who attain them. The hippie revolution was powered by civil rights and diversity.

We were seduced by equality because it promised a lovely dream: we could stop fighting and just co-exist, with each person living on his little plot of land while being tolerant of all the different people around him. It turns out that this vision misses what we share, which is a civilization and its standards, and so that vision collapses in a pile of failure whenever it is tried.

People who endorse chronically failed dreams are pathological. We recognize that there is something broken about them: an inability to attach to reality, a dishonesty that allows them to adjust expectations to fit results, or some other fundamental separation from responsibility for their own actions. This mentality is dangerous in unexciting ways.

People have turned their back on it because now that diversity is here, we see that it results in identity politics, or every country being composed of lots of little special interest ethnic groups who are warring it out. Each group acts in its own self-interest alone. This means that groups inevitably clash, and ordinary people hide away.

Even worse, we see that we are going to be taxed to death to pay for these new underclasses, limiting our ability to have children at a reproduction rate that ensures that we will continue to exist. Robin Hood policies of taking from the successful to give to the unsuccessful penalize success. Diversity accelerates this process.

In Europe, diversity was sold to the population as a way to pay for the benefits which are going to the 1968 generation. The bovine voters, generally cowed by anything that might destabilize the fragile workings of tenuous societies, went along with it, until it became clear that the policy was not working, and the migrants were going to drain and not fund the benefits state.

Even more, the clashes of special ethnic interests have revealed to us the paradox of diversity, which is that diversity increases conflict instead of reducing it:

Too often, as anti-Semitism has grown in Europe and the US in recent years, many so-called progressives have looked the other way. Don’t exaggerate the problem, Corbynistas have said. Perhaps some of those attacks on synagogues are political responses to Israel’s military behaviour, as a court in Düsseldorf actually ruled. Maybe the public murder of four Jews at the Paris deli was not really anti-Semitic but rather was driven by fury with Israel, as British observer Karen Armstrong argued. Perhaps if we speak too loudly about Islamist anti-Semitism we will contribute to anti-Muslim feeling. So perhaps we shouldn’t. Perhaps we should just keep quiet about the growing storm of anti-Semitism.

In this way, much of the left and some liberals have acquiesced to the rise of anti-Semitism. They have opted for maintaining the ‘multicultural’ peace over interrogating new cultural tensions and asking why Jews are being firebombed and murdered.

What do you do when the diversity keeps killing other diversity? Most people realize quickly that this situation will only expand, because most human groups hate another human group, and all of them are warring it out to see who will define the standards and direction of the host country. We have entered a spiral to the abyss.

Even more, we are rediscovering ourselves. We do not want to be erased. We do not want to be a failed civilization anymore. For centuries, we slumbered in the throes of the vision of a world without conflict where we could avoid being divided by class, race, ethnicity, and religion. Now we see those divisions exist for a reason.

If you want to know why the world is changing, consider this formulation: It’s the diversity, stupid. Since the 1990s, diversity has been a code word to open doors and get wealthy doing what is popular. Now that we see its results, diversity has become just as unpopular as Communism or totalitarianism, and the only question that remains is how to get rid of it.