Fixing our problems is easy 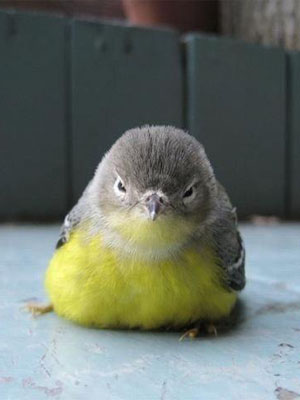 Liberals are essentially socially adept people who have mistaken the popularity of an idea for an affirmation of its validity. They say something, and people like it, thus to them it takes on a higher degree of “true” than reality itself.

As part of their social prowess, they like to wave their hands and invent reams of mumbo-jumbo, “facts,” figures, spin, etc. in order to prove that there is no other way than their demented plans. And if they can’t prove that, they want to prove that since these plans are already in place, there’s no going back.

This coming week, the American Supreme Court will reconsider the legality of Affirmative Action.

It’s an old debate: to make people equal (in itself a psychotic notion) do we (a) treat them identically or (b) make exceptions for those who may have a harder time of it, at the expense of others and as a means of introducing a welfare state to our society?

An important thing to remember is that this is an ongoing target, meaning that even if the Supreme Court passes down a pointless and delusional ruling like it did ten years ago, this issue will come up again and again. A vote can also decide it.

Another reminder is that the fear shown by our opponents over this ruling shows exactly why it is important. It also puts the lie to the notion that fixing our problems is difficult. If affirmative action falls, it will be the first of several dominoes that will follow.

Consequently, liberals are waging war against the level playing field. They want subsidies and immigration so that they can drain the wealth from the majority, and then replace it with a complacent third-world population.

Their fear is that if nature takes its course, evolution will resurrect itself, and ethnic groups will not only separate, but develop clear caste lines within their own populations. This violates the liberal’s first commandment, which is to force everyone to be equal.

But the fact is that people are not equal, and our country thrived when it operated under a performance-first theory. Under this theory, reward occurs after some achievement. The opposite theory is reward-first, which is the notion that “since everyone is equal,” we should just subsidize them all and trust them to do do what’s needed out of the goodness of their hearts.

Affirmative action, HUD, anti-discrimination laws and the endless propaganda in our schools are all from the reward-first theory. Because liberals want to be subsidized no matter what poor life choices they make, they want to insist on equality and then reward on that basis, and they use civil rights, class warfare, gender rights, etc. to argue for this theory. They use marginalized groups because this enables them to claim they’re “doing it for the poor” (or other group that’s not making it) which for many people seems like a bulletproof justification.

Those of us who have not yet abandoned reality should argue instead for freedom of association and a performance-first based system. We are not “anti-poor” but we think that poverty cannot be spent away, so instead we offer the poor a system that rewards performance and lifts them out of poverty if they perform.

Fixing our problems is easy if we take this outlook because we no longer assume the burden of having to fix the poor choices of others. Instead, we clearly signal what are correct choices, and allow ourselves to sort out our social order naturally through the moral choices of individuals.

Liberals fear this idea because they are terrified that their pluralistic system will not survive it. This leads to the question we should ask in the first place, which is that if all these liberal programs are so fragile and difficult, why should anyone ever adopt one?

The death within | It’s a trap