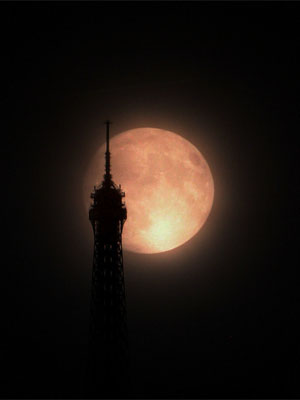 Roots conservatism is a baffling thing. It doesn’t fit at all into what we think of as “politics.”

In our modern knowledge, politics means a three-step process: how to decide on a policy, create a governmental arm to administer it, and then monitor it.

Instead, roots conservatism is about individuals and the moral choices they face. This at first seems baffling. How does this integrate social institutions? What kind of ideology is this? How will it be enforced?

Over time, it becomes clear that those questions are irrelevant. They only apply in a single model of government, which is the post-French Revolution model. In that view, the citizenry have taken over government, and now need regulation because they cannot regulate themselves.

The conservative model on the other hand is based on self-regulation because it knows that enforcement is a fallacy and a vestige of equality. Without equality, each person has a role and a place; they are either capable of this role or not. There are not vast masses of anonymous purposeless people committing crimes.

However, this offends the ego, in inverse proportion to achievement and ability. Those who are capable don’t need ego trips, but those who are living in constant confusion, achieve nothing, etc. are always “compensating” by claiming they are more important than they are.

When enough of these gather, they join hands — anarchists unite! — to demand the equality of all people. This means whether you achieve or not, you get the same reward, which benefits the non-achievers.

All of this is pretty well known at this point, here, but not known beyond these virtual walls. It’s too much realism in a single dose for most people. What’s not known is the true wages of equality: a society where all acts and words are contrived.

When we are all equal, the only action happens when people agree. To get them to agree, you tell them what they already think or think should be true. If you tell them the truth, you’re dependent on them being able to hear, understand and internally accept what you’re telling them. That filters out all but the mature; success comes from filtering as few people as possible.

This sets up a situation that calls for what Billy Mays used to do: sell the product. That requires you to quickly cut people’s thinking down to size, but arbitrarily. You pick the handful of factors that work in your favor, and come up with some plausible story about why the obvious disadvantages are unimportant, and then you can sell them the product.

All that matters is that 51% of them like it enough to agree, and it will happen. This puts you on the side of contrivance, but even more, of reduction. You want history to recede into the distant past and be irrelevant; you want to reduce the number of things they find important from (say) culture, language, heritage, values, history and religion to one: will this make a more comfortable middle-class lifestyle?

By now even the dumbest voters are in full recognition of the Barack Obama presidency. It was an election on racial grounds, in which the American Mandela was elected because he was black and for no other reason; he has the fewest qualifications of any president ever elected. And we the people put this man into the office knowing he couldn’t do it, and thus decided to cover that up.

Since that time, the press and the people have been busily in denial of not only the incompetence but the Chicago-style Irish gangster politics coming out of that office. We’ve ignored the racial undertones to nearly every act, and the Social Marxist/Frankfurt School anti-majoritarian rhetoric. But even ignorance only goes so far.

Do we want to live in a society of contrivance? As long as we insist on equality — and remember, the demand for equality is what separates leftist politics from all others — we are insisting on a society of contrivance, where we are all salespeople, begging and bribing and fearmongering each other into compliance. Expect constant internal conflict.

Why was it that we liked liberal democracy anyway? Oh yes: it is inert. It does nothing. Almost as good as no government, in which place culture and common sense take over, it is the neutralized government. Or so we thought. Instead, it turns out that it rears its head and takes over as years go by.

If you wonder why our people are so self-destructive, try this: you can’t have a soul in the empire of contrivance. Everything you do must be calculated by what other people think, and worse than specific other people, the generic “other people” who might judge you on anything. Thus you self-censor, pare back, and conceal yourself.

This drives your personality into a tiny box from which it cannot emerge except when it finally explodes outward as fetish and self-destruction. Why do people drink and have sex so much? They don’t seem to be enjoying it all that much, since they repeat it and it never seems to heal them.

Even more, it creates an outward face for you. A face of contrivance. A face by which you manipulate the world and, you hope, it does not manipulate you. From the innocent notion of letting everyone do what pleases them comes a totalitarian society where we are afraid of displeasing anyone. Thus the mighty fall, not by war, but by their own hand.