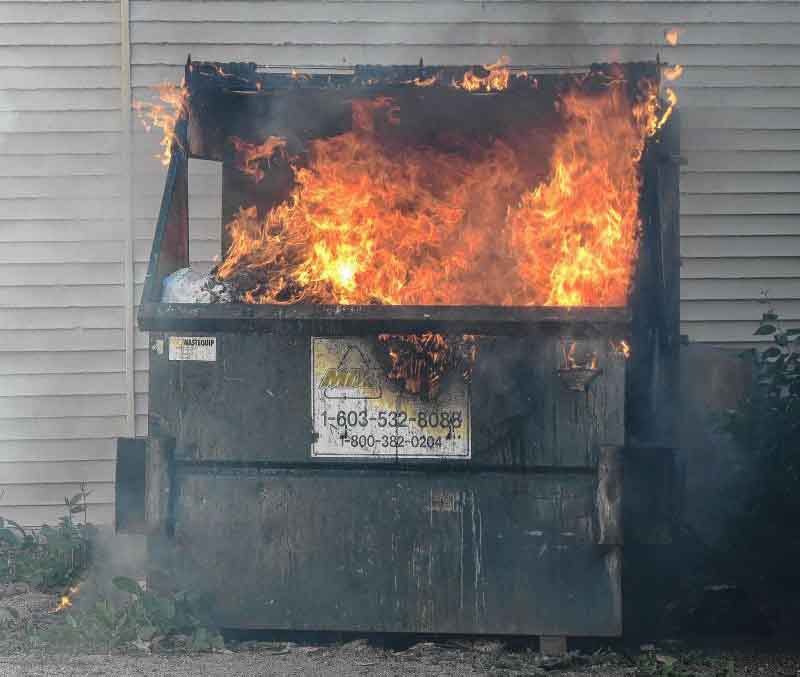 Why do people fail to engage with civic activity that might make their lives better? Many have simply given up, as in cities like Detroit or Houston where the “diversity vote” always wins. No matter what the white candidate says, unless he or she is offering Leftist gimmes, they will not win.

In America, a pall has settled over the land. With the numerous announcements of white decline, and descriptions of how soon we will be minority-ruled like Detroit, people have realized the futility of voting in most cases. The vote goes to the Left, as they planned when they changed immigration rules as Buckleyites slept.

The Buckleyites, for those who remember, were conservatives who decided that they could not win against the post-war tide of liberalism, and so converted themselves into “inoffensive” libertarians who held a few socially conservative positions.

In this way, the Right ceded the battlefield entirely to the 1968 revolution and the fifteen years of Civil Rights law written prior. That enabled the Left to replace the American electorate with mostly people who were not of European descent, or at least not of Western European descent, because these groups vote Leftist.

Detroit shows us the future in that we see a city which has not had a functioning budget or a white mayor for several decades. During that time, its infrastructure has rotted and its future has eroded, but the voters keep going to the polls and electing a series of minority candidates.

Across much of America, the same situation predominates, underscored by the two elections won by Barack Obama. With a high percentage of Leftists and minorities who vote Leftist, our chances of getting a non-Leftist into office are slim, and even slimmer that we get a Donald Trump instead of a George W. Bush or George H.W. Bush.

This causes a sense of despair because whatever we create or earn is at the mercy of a large voting population who will pay little to none of the taxes they vote into existence. They expect to benefit, as happened to minorities under Obama, from easy government jobs that pay them a full pension after two decades.

Even more than income taxes, we pay ever-expanding property taxes to house minorities in our public schools, despite being one of the biggest spenders at $115,000 per student already. We pay local taxes, sales taxes, fees, licenses, and many more government expenditures that pile up at a dizzying rate.

And yet even spending all of this money will not save us.

Any credible observer knows that the USA and EU are heading for default. Both are deeply in debt, having borrowed to fund entitlements and social programs. With $30 trillion in debt, the USA cannot hope to pay off its borrowing without cutting the entitlement programs that make up 60% or more of its budget.

Cities and states face the same problem, and many hover near bankruptcy already. Voters like free stuff and lots of good government jobs with pensions, and they really do not care if these are ever paid down. This creates an opportunity for politicians to make promises and then pass the buck for funding them.

Until we fix this situation, people will remain in a state of despair because they recognize that everything around them is fragile because it is based on illusion. We are spending money we do not have; we are importing people who hate us; decisions are not made by good people, but by mob rule plus con men.

Not surprisingly, people have no faith in the future:

What’s ailing Carrier isn’t weak demand. Furnace sales are strong, and managers have increased overtime and even recalled 150 previously laid-off workers. Instead, employees share a looming sense that a factory shutdown is inevitable — that Carrier has merely postponed the closing until a more politically opportune moment.

In some ways, the situation is a metaphor for blue-collar work and life in the United States today. Paychecks are a tad fatter and the economic picture has brightened slightly, but no one feels particularly secure or hopeful.

…On the worst days, according to one group leader, up to one in five workers are out. It’s true that the company has been running the factory hard — up to 60 hours a week with mandatory overtime, six days in a row — and some absenteeism could be due to sheer exhaustion, Mr. Roell allowed. But “bad blood,” as he put it, is at least as much to blame. “Workers feel like Carrier is going to leave,” he said, “whether we come to work or not.”

The US and EU are high-cost labor markets. If the advantages of those markets — good leadership, stable economics, a promising future — disappear, then manufacturers are going to get out of Dodge to avoid paying high prices for low-value headquartering.

They recognize, at some level, what is happening: the US and EU are turning into third world countries. Ruled by minority voting and Leftist fanatics who are completely oblivious to the destructiveness of their acts, riddled with taxes and regulations, these states are slowly consuming themselves.

We get a hint of what is in store for us by looking at events in South Africa:

South Africa’s government has been accused of earmarking almost 200 farms for seizure from their white owners as the chair of the African National Congress said the state should take land from those who own more than 12,000 hectares.

…The ANC’s plans to amend the constitution to redistribute land have been interpreted negatively by some investors, who see them as undermining property rights.

‘You shouldn’t own more than 12,000 hectares of land and therefore if you own more, it should be taken without compensation,’ ANC Chairman Gwede Mantashe, who is also the country’s mines minister, told News24 in an interview published on Wednesday.

We see the same process at work in the West. When minority voters take over a city, they vote for free stuff and white voters pay for it. When Leftists take over social media, they remove conservatives and lie about what they are doing. Taxes always go up, and the same small group pays for almost all of them.

We see the same thing everywhere: not enough makers, but no shortage of takers. This is how civilizations die, and not surprisingly, the markets are reacting before the cloud-headed voters and media figure out what is going on. People are bailing on the sinking ship.

For us to escape this mess, we need to regain control of our nations from the Left. This means disenfranchising those of foreign heritage or Leftist leanings, and ideally, replacing our complicated governments with a simpler, clearer, and more direct power structure.

This structure can guarantee people the few basic abilities they need: to own property, to start businesses, and to form contracts. It can also protect them from the wildly unstable power that we have now in the West. At that point, we can begin to rebuild.