Israel leads the way to revival of nationalism 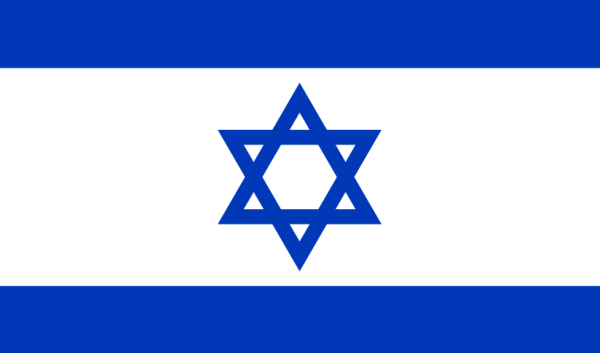 Conservatives tend to support the idea of Israel because conservatives believe in upholding tradition and the practicality of nationalism. When everyone in a state is of the same type, government is less needed, and society grows from within instead of through carrot-and-stick manipulation by a controlling force.

One of the larger Israeli newspapers, Haaretz, has unwittingly put its finger on the wisdom of nationalism:

The mob was the first to internalize its true significance: a Jewish state is one in which there is room only for Jews. The fate of Africans is to be sent to the Holot detention center in the Negev, while that of Palestinians is to suffer from pogroms. Thatâ€™s how it works in a Jewish state: only this way can it be Jewish.

…In a Jewish state, the High Court of Justice approves the demolition of a murder suspectâ€™s family home even before his conviction. A Jewish state legislates racist and nationalist laws.

Haaretz in effect calls these Jewish nationalists Nazis, which is ironic in its mildest form and grossly offensive in its fullest. But they recognize the underlying truth: a Jewish state is for Jews only, because anyone else by virtue of being non-Jewish alone will pose a threat to this state and to the people it protects.

Thus, kick them out. Every one. Send them to be with their people. Do not open your doors to the poor of the world; there are always impoverished people by the billion. Instead, focus on what you can do, which is to make your own people succeed, thrive and be happy.

Everything else is just posturing. Every charlatan justifies himself by protecting the poor. Every lying tyrant works his way into power by making you “think of the children” or the minorities, the women, the rainbow people, whatever. Every corrupt advertiser sells you an image of pacifism and plenty where everyone just gives each other stuff because they live nearby. These are lies.

Reality presents a different question: can human beings overcome their solipsism? Solipsism makes us think that this human world we create, where it matters who knows who and who wore what, is somehow a replacement for reality. Solipsism is the human mind seeking to control reality by pretending it is something other than what it is. Most human individuals are blighted by solipsism and it makes them deceptive, selfish/individualistic, and unable to see reality. They do what they want to do and they ignore the consequences. They also refuse to preserve anything larger than themselves. That is the condition of most of humanity and not surprisingly, it creates societies that are corrupt, dishonest, filthy, selfish and bratty.

Only a few people out of hundreds will actually understand what needs to be done. We must focus on reality itself. Reality itself is not comprised of warm feelings, universal symbols, and moral judgments. It has one judgment: what works. From looking at history, we see diversity as a factor in every civilization collapse and as a positive factor in none. Israel recognizes this and thus is pushing itself toward nationalism so that its people are not destroyed by hard means (war) or soft (outbreeding).

Naturally the crowd of nervous nellies and chattering neurotics feel that “racism” — a word without meaning or definition — is the worst thing ever. It interrupts their dream, which is that we can all be pacifistic and wealth-sharing together. That dream comprises their fears and doubts which they have allowed to dominate their common sense. They fear conflict, so they try to outlaw conflict with social rules and warm fuzzies. It never works. These people are insane.

WWII showed us the defeat of nationalism and the world pulling away from it in favor of liberal democracy. As the USA self-destructs under its first black president, recognition spreads that democracy, liberalism and consumerism create an unholy triad that place human wishful thinking before reality and create solipsism. If we have a future, it is in escaping this mental disorder and getting back to reality and tradition.

A Different Way Of Life | Good to the good, and bad to the bad