Is There A Type Of Thinking Unique To Western Civilization? 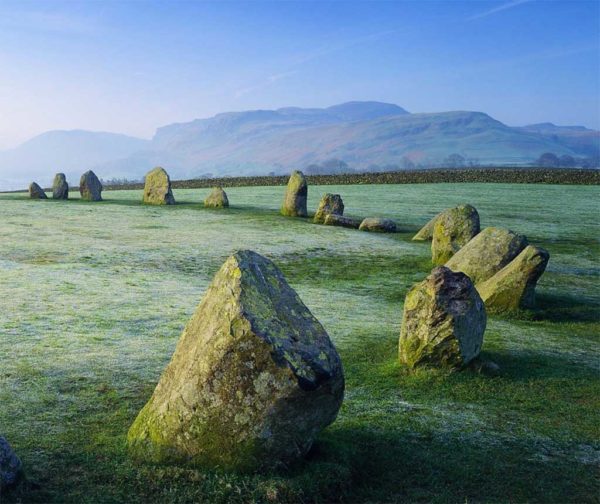 Human biodiversity took the world by storm because we had been sleepwalking for so long under the assumptions of the blank slate fallacy that emerging from it was like discovering a whole new world.

In this new view of existence, instead of viewing all humans as identical and therefore able to understand the same things, we entered a time that was not linear but topographic, where each person occupied some height and those at the top could see more than the rest. This also awakened people to population IQ averages.

As part of that, people were quick to note that high Asians and Jews ranked at the highest on the average IQ scale, with whites below them, and low Asians, Hispanics and blacks below that. Even more interestingly, some of the least-performing white groups had higher average IQs. This prompted some to be critical of IQ itself.

More accurately, we can see two factors involved: first, that average IQs do not reveal the full distribution, in which a certain number of geniuses may coexist with a population far below them; second, that while IQ is a good first step in distinguishing intelligence, and a prerequisite toward any other dimensions of intelligence, it is not the whole story.

It turns out that different groups think differently, and that there is something unique about not just Europeans, but Western Europeans, who are the same genetic group that founded ancient Greece and Rome and live on in Western and North-Western Europe today.

Our first view of this unique intelligence of the West, ironically, comes from observing other groups and what they do well — as well as what they cannot do. Some insight into this comes from a critical look at the vaunted Chinese educational system:

She said that the Chinese economics students generally had superior math skills and the ability to quickly solve complex calculus problems, but her American students generally had a better grasp on the underlying concepts and context, were able to better recognize when certain calculations were incorrect (like a negative number for the price of a good), and were more creative with solutions.

Assuming that American students are generally Western European, as is the majority in America, we can see a difference in intelligence: better grasp of the structure of concepts, context and range of outcomes.

In other words, they have a stronger grasp of theory and a better “gut sense” of how it fits into the background and other underlying concepts, where the Asian approach is more linear and focused on a single point at a time.

We might generalize this as Westerners being more aware of context, or the relationship between the focal point and its background, including the underlying concepts necessary to understand the why of something.

Wanting to know reasons why correlates highly with context because it involves a tracking of cause-effect relationships, especially those which are not linear. Linear events involve a single motion triggering consequences, where non-linear events consist of thresholds, context and patterns.

This clash of approaches was first documented in Plato, who wrote his theory of causality as the study of forms, or patterns of events that repeat across time, in different media, and are consistent between intuition and material reality. A chair is a logical construct based on the demands of gravity, the human form and balance, and so it is consistent in our thinking and in the world. It is the simplest object that can serve its purpose, and we know it not purely through the visual, but through an understanding of its internal function, for example that the legs support the weight and the back keeps the person in the chair. That enables us to look at a stack of boxes and place it against a wall, knowing that the boxes serve as the legs and the wall as the back of the “chair.” The pattern remains consistent.

If there is a unique Western intelligence, it can be found in this seeking of a language of patterns for both objects observed and context, aware that causality is very rarely fully linear and that effects develop from completion of a pattern, rather than a single event being responsible for a wider spread of events. This in turn implies a closer look into context, from which transcendence — a sense of the benevolence of life that arises from understanding the reasoning for its patterns, which are chosen as the best possible result according to the background of logic and other events which must be supported — emerges as a natural direction of thought. When context is understood fully, thinking points toward a different direction in considering cause-effect relationships, and sees the possibility of the divine, which as we see from Western attempts to re-invent religion in secular form, seems hard-wired into the Western intelligence.

When Asiatics take over Western Civilizations, as is happening now with the Chinese purchases of land and businesses in America, this uniquely Western method of thinking is lost, replaced by more of a focus on the individual and “balance,” which is not a transcendental appreciation of life, but a pragmatic fatalism which attempts to adapt to conditions as they are instead of finding reasoning behind them and rising above them.

Some might attribute this to Asian thinking being too linear, but more likely it occurs because the traits of any racial or ethnic group are not singularly encoded, but through a matrix of similar related traits, and when this group is outbred, that ability is lost because huge parts of the matrix are replaced with competing traits from the other group. Even melding different white ethnic groups seems to lose whatever made each group distinctive and the powers conveyed to it.

We might see the failing of the West as being too non-linear, which means that we tolerate too much individualism because we do not impose hard standards enough. If the East is too linear, then the West has gone too much in the opposite direction, but perhaps that has occurred because the West has forgotten the nature of patterns to include both focal point and context, and instead has chosen focal point alone because it is most easily understood as relevant by the individual, and when social control takes over our societies, it becomes important to choose things that “everyone” can understand.

The fragmentation of Western thought has created a dictatorship of the clever over the intelligent. The clever can be intelligent enough to earn a lot of money, run a successful business, invent gadgets, program a computer, choose successful stocks, compose jazz or win an election, but they lack the ability to discern the world outside of the human social frameworks upon which they depend for context. The intelligent see a broader context in the patterns of the world, the universe and logic in parallel, and therefore are able to see farther ahead in time and reject many of the plans of the clever as limited to the short term.

Jewish intelligence provides an interesting counterpoint since Jews are essentially the product of Occident and Orient mixing in the middle East. While they are immensely talented in the areas of finance, mathematics and science, Jews seem to have lost something of the Western intelligence, as is shown by their lower performance in literature and classical music. A narrower focus toward the linear makes people immediately more productive, but precludes their ability to see the broader context necessary to make transcendent works and observations. This could be what distinguishes the West.

Similarly, when a Western empire falls and mixes with its imported populations, the Western intellect is lost and it gradually fails to produce any of the relevant cultural objects. As the West reconsiders its flirtation with multiculturalism, it makes sense to point out that when we hybridize, we lose the core of our thinking and perhaps, our souls.

And The Dumb Shall Inherit The Earth | Did Technology Destroy Society, Or Leftist Social Changes?