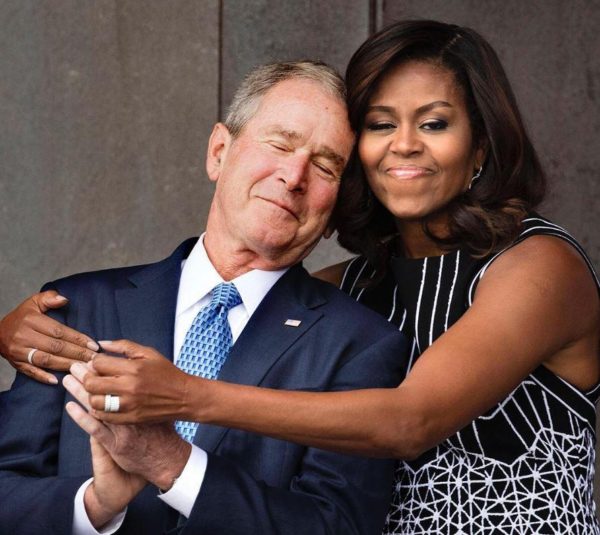 In Pravda-on-the-Hudson today, a lament for the collapse of globalism contained this interesting signaling:

Mr. Clinton spoke of the globalist vision of a â€œnonzero-sumâ€ world in which everyone wins together and of how that idea was under attack by â€œzero-sumâ€ tribal politics.

Translation: start advocating a “nonzero-sum” world as a proxy for globalism, which is the triumph of Leftism by eliminating its adversaries through the mechanism of extending membership in the great money chain of global commerce only to those nations with the “right” ideas.

Libertarians say that life is a nonzero-sum game because if we follow sensible economic principles, more wealth can be created, and “a rising tide lifts all boats.” This is true, but applies to economics alone. The consequences of producing more apples may include cutting down all the forests to make room for orchards.

However, this entire question is false when it centers on resources. The real reason that the world is a zero-sum game has to do with decisions. That is: the choice to vest a certain system in power drives out other methods, and also, the fact of making the decision influences history, pushing other ideas out of the way.

It is a zero-sum game in that if your nation chooses one system over others, they are marginalized and must work within their opposite, which changes their definitions — or “inverts” them — and effectively excludes them.

The real zero-sum game here is that we are choosing our future, and to make one choice excludes the others. This is why the Left focuses on zero-sum games as a question of resources, not choices. Choices are by their nature a zero-sum game.

Economists speak of “opportunity cost,” or the foreclosure of possibilities created by a choice that by its very nature excludes all others. This is what we are speaking of when we look at the world: we either choose the best, or the rest, and each choice destroys the other as a potential option.

Our choices include only two real options. On the Left, there is a relaxation of concentration of wealth and power; this creates a quantity-oriented society where whatever is most popular wins. The Right, by contrast, emphasizes quality and hierarchy, attempting to promote the best above the rest for the benefits of their greater competence.

One is natural: the Right. The other, the Left, emphasizes human fears and the desire to make human intent superior to nature. This generally ends badly, as with a few exceptions, human intent focuses on desires, which rationalize a choice between available options based on the impulses of the individual.

The Right, on the other hand, suppresses our desires in favor of making logical choices.

Rightists tend to look at life as a question of quality, which can be improved gradually with increases in excellence. This does not achieve what the Left promises, which is one bold stroke that ends a problem forever without understanding its causes. Instead, the Right looks into causes, and accepts them, but maximizes realistic options.

This is the choice before our people today. We can chase the dream of absolute solutions, or we can take life as it is, and working by inches and not miles, improve our lot and aim ourselves toward an unattainable and ongoing goal, like excellence. That is the path to a great civilization.

With the Left, we get an eternal pursuit of an ideal that exists only in the human mind, and when results differ from intent, a redoubling of efforts toward the pathological failed strategy. This is why globalism has died. Our people have tired of chasing an illusory goal, and prefer the hard path to excellence instead.