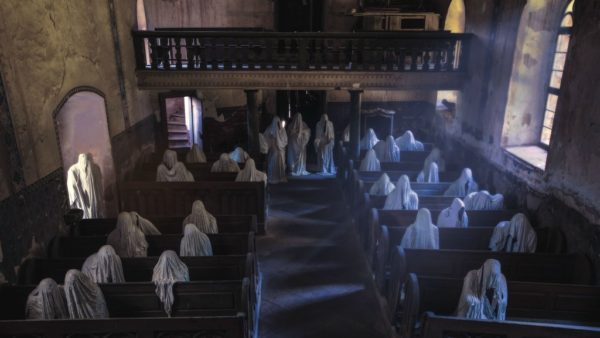 The Alt Right contains multitudes — Traditionalism, Nationalism, Identitarianism, Theocracy, National Socialism/neo-Nazism, Libertarianism, Paleoconservatism, Social Conservatism, Neoreaction and the New Right coexist within it — all of which contribute to its character, but each Alt Righter finds one dominant over the others in his own thinking.

On the Theocratic side, the Orthosphere and others borrow much from the Traditionalist perspective, and essentially desire a civilization renewal through mass devotion. This causes clashes with other aspects of the Alt Right cluster of beliefs, as can be seen in this erudite article about the new Alt Right logo:

However, the penultimate sin of this artistic foray by Spencer et al. is its imposition of a wholly non-historical, secular, and privately-conceived image upon a decentralized movement designed to defend hundreds of millions of souls descended from millennia of historically and religiously-rooted European history.

In other words, this Alt Right logo does artistically what the European Unionâ€™s constitution does legally â€“ it erases European history and replaces it with an abstract, de novo interpretation of who we are to become. It is wholly utopian and idealistic. But that is no surprise considering whence it came.

This illustrates why the Alt Right is composed of an intersection of those many impulses above: any “one right way” approach to restoring Western Civilization tends to become a special interest that eclipses all other needs, resulting in a single change to the status quo that leaves the bulk of the decay intact.

One Right Way philosophies include White Nationalism, which wants to eject or destroy some Other groups but not all, and then merge all white people into a vanilla milkshake under the current democratic regime. This fails because it leaves the conditions which will re-create our present state intact, and by focusing on a scapegoat (Others) instead of actual problems like Western Decline, democracy and individualism, strengthens those forces.

Theocracy/Orthosphere in its purest form is a One Right Way philosophy — ironically, one that is endorsed by many American Republicans. In their view, we need everyone to convert to Christianity, and everything else will work itself out. For most, this is simply an excuse for inaction. With a respected source such as Faith and Heritage, more is at work, but the problem still remains.

For the F&H guys, European = Christian. For them Christianity came first, the people and their culture second. This quixotic miscomprehension is their perpetual downfall. The understanding that Christianity took hold in Europe because it was compatible with the European mindset is incomprehensible to them.

This clashes with the modern view of Christianity, which is that Christianity is the tool of producing civilization. In that view, everyone is capable of becoming Christian and being saved, and this “system” in turn saves the society around it. Not only history but common sense suggests that is not so.

Repeat after me: people are not equal. (It almost rhymes.)

People are not equal. They have different capacities for understanding. If you follow Human Biodiversity (HBD), you know that intelligence fits into a Standard Distribution where only the far-right side is capable of in-depth understanding of the complex history of a people and its relationship to God found in the Bible. This is why we have clergy; they are learned, elite interpreters of the holy Book.

Rejecting equality means that not everyone is capable of being Christian, of being saved, and that doesn’t jive with the feel-good understanding of God that modern Christians pursue. It just does not compute that God would create people who cannot be saved (even though this is Biblical).

Let us look at the scripture:

No one can come to me unless the Father who sent me draws him. And I will raise him up on the last day. – John 6:44 (ESV)

You did not choose me, but I chose you and appointed you that you should go and bear fruit and that your fruit should abide, so that whatever you ask the Father in my name, he may give it to you. – John 15:16 (ESV)

For those whom he foreknew he also predestined to be conformed to the image of his Son, in order that he might be the firstborn among many brothers. – Romans 8:29 (ESV)

The above passages are traditionally used to support Calvinism, or the notion that human beings are born good or bad and cannot be molded from one into the other. This is highly controversial in our egalitarian times, since it implies that human intention is less powerful than the world of nature and God, which contradicts the individualism incipient behind our modern democratic beliefs.

That ability to perceive and receive is the essential component and must come first. Without it, there is no belief in God, only superstitious peoples like in the third world and Western New Age cults. The other verses support this view: God installs in some of us the ability to perceive God.

From an Alt Right view, this means that we must have a hierarchy, and raise those who understand God/nature/logic above the rest so that the best can rule the rest. It may also imply that those who oppose God, because they cannot be “fixed” or “educated,” must be sent elsewhere so they do not threaten the society of those who receive God.

Europeans have a tendency toward ability to receive God, but not all of them can do it. In the past, whether in pagan societies or Christianity, Europeans have sought a transcendental worldview and a metaphysical understanding of their world. This separates them from other groups, and shows why it was Europeanizing Christianity and not Christianizing Europe that is responsible for the positive contributions of Christianity in Europe.