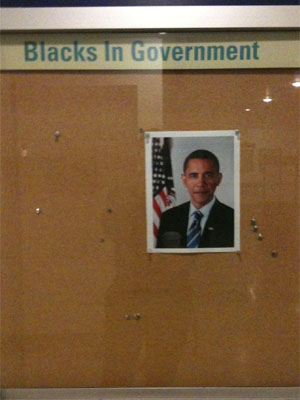 There’s a reason they call them the chattering classes. Leftism is fundamentally about individual humans and what they’d like to think, where the right-wing includes that and also some mentions of the bigger picture, like reality itself.

As a result, the nature of leftist logic is to first separate any question at hand from reality. They want to create a smaller world for you to consider, one in which there are only humans and the desires of individuals which should in a moral sense be beyond the judgment of others.

If you’ve ever wondered why liberals are so fanatical about completely ineffectual but business-destroying environmental policies, the answer is that they need some kind of cover story to hide their ruthless self-interest. Nothing is better for that than a hopeless quest that makes people get weepy.

The inverted logic of leftists literally reverses the thought process. Normally, you look at a situation, assess it, come up with a plan and apply it. Under liberalism, you act and then come up with reasons why you should have done that.

They extend this type of thinking to all forms of thinking because they can infect language with their ideas. The first act toward inverting any issue is to re-define the terms, so that people have only two choices instead of many.

For example, look at this binary thinking — you’re either “for us” or “against us” in this view — regarding attitudes toward homosexuality. In the liberal mentality, people are either 100% pro-homosexuality, or 100% anti-homosexuality. There are no degrees, and no depth or variation either.

That common put-down aimed at homophobic people â€“ that they may, in fact, be gay themselves â€“ may have some truth to it.

…Researchers showed participants images and text, such as same-sex or straight couples and words such as â€œgay,â€ to categorize on a computer screen as quickly as they could. But before each word and image appeared, the word â€œmeâ€ or â€œotherâ€ was flashed on the screen for 35 milliseconds â€“ long enough for participants to subliminally process the word but short enough that they could not consciously see it, they write.

In the artificial world of liberal logic, you are either secretly gay or you’re totally accepting of gays. Oddly, this is framed as a kind of insult; they’re literally calling their perceived enemies homosexuals.

The science behind this is highly dubious, given how differently people process language, and in 15 years when the notes on this experiment are released, I’m sure we’ll find that many entries were cast aside for “non-conforming data” or some other buzzword to mean the cherry-picking of results to make a point.

But imagine for a moment, that we could invert the inverted. The liberal concept is that we can impose a binary order on the world for any given behavior, where you’re either pro-tolerance of the behavior or you’re intolerant of it because you secretly practice it.

It gets even better. What about people who oppose racism? Are they indeed, secret racists, like liberals who yank their white kids out of schools whenever the percentage of minorities gets too high?

Further we must ask why liberal elitism is so pervasive. According to their inverted logic, nothing more completely affirms one’s lower origins than a pathological need to set up shop in Williamsburg, Brooklyn and be “artistic” and a “foodie” while making fun of the ignorant trailer-park folk who might be, you know, racist.

It’s good to turn liberal logic back on liberals. It could be that their inverted logic was how they’ve been hiding their true feelings this whole time.