Inverting Freedom Of The Press 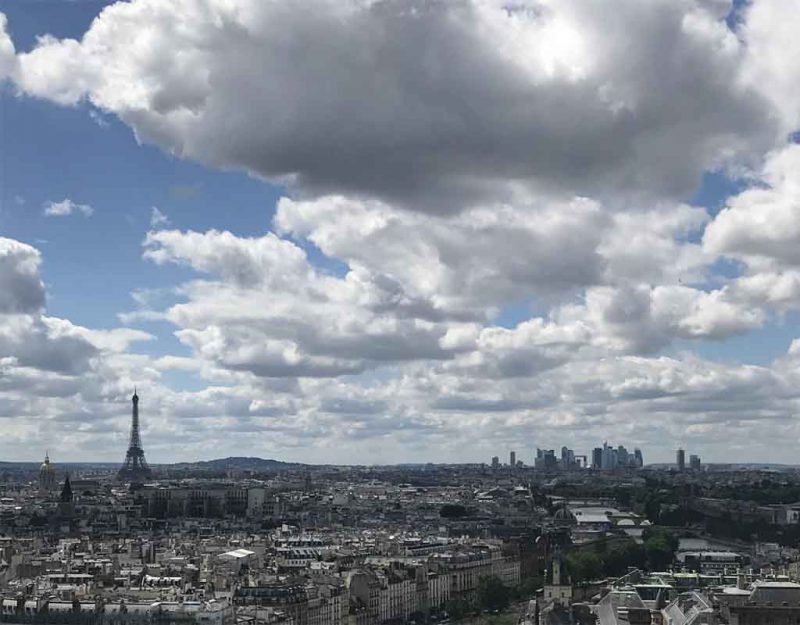 On May 3, 2019 our global liberal democracy celebrated World Press Freedom Day resulting in the usual outpouring of mainstream sentiments such as:

“No democracy is complete without access to transparent and reliable information. It is the cornerstone for building fair and impartial institutions, holding leaders accountable and speaking truth to power.” — António Guterres, United Nations Secretary-General

These sentiments were bolstered by reports of journalists killed in line of duty. The same people who praise the press rank nation-states by their perceived level of freedom of the press afforded to “journalists without borders,” which allows them to define some countries as good and some as bad.

Freedom of the press appears important because in theory, dictatorial countries don’t want the world to know of their atrocities, and the journalists tell us that the only way to expose these dictators is by way of fearless investigative journalists.

Good countries on the other hand are those democratic countries open to inquiry, leading to the connection that “democracy” will be negatively affected if journalists are criticized or curtailed.

These experts on journalism — who earn their money from selling journalistic products — tell us that President Donald Trump is a bad president because he derides and “smacks” journalists, where those journalists are actually more important than him.

This is how the modern West thinks about freedom of the press. However, if one stop looking at journalists, but rather at media companies and the media industry journalists work in, then the scenario changes completely.

The media industry compares proximately to the financial industry where the Federal Reserve gives money to banks for public consumption. The industry protects itself by having a single source of money while allowing limited internal competition.

This industry uses the strawman argument of “protecting democracy” to hide that they have become the dictator they initially wanted to expose. The Trump example would be almost laughable if it were not such a critical demonstration of this inversion.

While journalists have some sort of ethics clause they try to adhere to, the media industry has none. It likes to believe that because it sees itself as important in reining in the government, it is above the law.

Its members use words, narratives, and breaking news sensationalizing opinion to influence the public, industries, and governments (including intelligence services and militaries). “The press” decides how to define a word, what context to put it in, and a planned trajectory for amplifying its arguments through the news cycle.

In this messianic and centralized tendency to advance symbolic conformity in unison, the press exhibits a model of ethics which similar biases with the liberalism on which it was based.

Liberal theory recognizes the idea behind press responsibility as social utility, but the theory of social responsibility underlines these ignored responsibilities. In the USA, the Hutchins Commission in late 1940s gave the theory on Freedom of Press a clear and popular formulation.

According to Commission on Freedom of the Press (1947) the press needs to give a representative image of the constituent groups in society, and support in the presenting and clarifying the goals and values of society and to give full access to knowledge of the events of the day.

This study identifies different levels of corruption in the paid news, and outlines the paid news business model in relation to ownership patterns in media and the pressure to raise advertisement revenue.

Common sense identifies two problems: bias and lobbying. If a liberal writes about what the values of society should be, he will choose Leftist values. We also know that it is safe to assume that you can pay for input to a product if you are partially funding it.

But what is missing in this article is the ethics of words themselves, regardless of whether it was paid for or whether monies were received for it. Therefore the second inversion taking place in media is changing the meaning of words to mean the opposite of the original.

Changing the meaning of words has been as in the case of pidgin English shows us how users of pidgin language lose the ability to conceptualize anything in a meaningful way, so that everything becomes whatever political correctness determines it to be at that point in time.

We dumbed down language to be more accessible and universal, and like democracy, then language became a tool for making us stupid. This is how empires perish.

Journalists practicing pidgin are endangering democracy. Words are dangerous, as we realize in other fields, such as engineers working on aircraft safety know that language used between pilots and flight controllers is of critical importance to the safety of those passengers.

We also run a safety risk when the meanings and contexts of words are changed. Communications rely on language to transmit data that can be assembled into what our minds know as information.

To affirm context, language-based information transfers contain massive redundancies. Up to 75 per cent of written English text is redundant.

The press plays around with the added “fat” in language, either shifting the context on us or not reporting the full story, relying on our brains to fill in the missing details with a false narrative.

The point is, there is no oversight, making our unregulated press a dangerous activity that could lead to the audience and not just journalists perishing. When the newspapers act to amplify propaganda instead of understanding, they are part of a control apparatus, not freedom of the press.

The number one priority of society today, is the inverse of press freedom. We need freedom from the press because they literally contaminate everything with their false assumptions of context, leading us toward politically correct indoctrination.