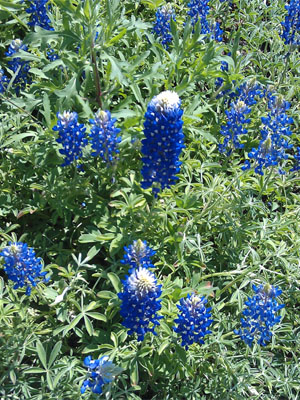 What use are emotions, anyway?

I have spent a lot of time, pondering this, because there has always seemed to be something about men, displaying, and making decisions based upon, emotions, that somehow wasn’t quite right.
We have probably all noticed the female predisposition to be emotional. To respond to things emotionally. To speak of emotions, and how they ‘feel’ about things. Indeed, women love to chat with other women, about things that often mystify men, and sometimes bore them stupid. What is going on, here?
Let’s start by looking at what use emotions are to women…

Women, obviously, are biologically designed to carry babies, and then to care for them. What would this entail?
The woman must be aware, of possible threats to the baby. Danger. Discomfort. Anything harmful. Its needs. Its well-being.
She is projecting what she ‘feels’ is good, and right, on behalf of the baby, because the baby is unable to fully articulate what its needs are, apart from wailing. And wailing is something babies seem to do, anyway, often for no apparent reason. Its needs are many and varied, and the mother carries what she knows of this, from what her mother knew, and what other women know about all this, in general. She may be a good mother, or a bad mother, but if she gives birth at all, she is A Mother.
Even if she never gives birth, she is a potential mother, by design. And so she carries, in her gender, this outward-looking, outward-caring, predisposition, unless there is something seriously wrong with her.
Emotions are the recognizable manifestation of this characteristic.
Is everything all right? Is everything safe? Is everything organized, clean, tidy, comfortable? Is there anything the matter?

Men, by contrast, do not carry babies, and are biologically not intended to care for them, directly.
Theirs is a different role, although there are some overlapping areas of responsibility.
Men are indirect carers. But mostly, they are protectors and providers.
Both roles are important, you could say essential, and neither one is fully effective, without the other.
Thus woman, and man, complement each other, with the result that the species, or race, is continued on, beyond their own lifespans.
Men, because their role is different from that of women, are equipped differently from women, in order to perform that role.
Their responsibility is more indirect, and more removed from immediate ‘care’. They do not need, for example, an emotional early-warning system, like mothers do. They are less likely to be involved with what the baby needs, now, and more likely to be concerned with what it needs, in general: food, shelter, safety, good health. Do you see?
Woman: primary, and immediate, intimate care.
Man: secondary, and general, abstract care.
Thus a woman is more likely to actually require emotions, than a man is.

That seems to take care of why a woman might have use for emotions. But what about men? Do they need such things?
Well. Men, if they follow the basic orientation I have laid out, require a lot less than women do. Why?
Of the outlined duties, responsibilities or roles, previously laid out, what among them requires emotion?
Probably none, other than being attached to the mother of the child, and hopefully, to the child, itself.
But does this attachment require emotion?
I suggest that it probably does not. It requires other things, but emotion seems to be something that could quite comfortably, and effectively, be dispensed with.

Responsibility is the male equivalent of emotion. Again, with some overlap.
A woman’s role as mother and homemaker, is a necessarily small environment. She needs to care-for. Closely focused, then, on nearby things, leading to a different mindset, that the man, who must focus further afield, in order to provide, protect and gather what is needed for the nearby environment of home.
You can see, probably, how there is considerable scope, and leeway, for emotion within the home, while it may well turn out to be counterproductive outside the home, in the world of deals, and dealing.

All this was a given, when I was young. It was nothing unusual, to be disagreed with, or taken exception to.
It resulted in a society that, while certainly not perfect, at least had an unquestioned prospect of survival.
Nobody imagined that the way things were going, the entire thing would self-destruct and collapse.
Everything was more-or-less fine, until…

When was it, exactly, that men ‘needed to get in touch with their feminine side’?
What earthly use would men have, for something like that?
I use the term ‘men’, here, to refer to ‘men’. Those things with dicks. Not the emotional wimps that semi-female-‘men’ have lately become.
Have we considered this? Have we explored who did this to men, why they did it, why men let them do it, and what the result has been?
I have considered this, and come to some pretty startling conclusions. But to deliver my own findings, on a plate, would never do. What effort would that require? Just enough, probably, for a semi-female-‘man’ to find fault with them. And frankly, I have no slight interest in what such creatures might think, anyway, if they are, any longer, even capable of actual thought.
And so I leave you with this:
Men are designed to be virile, courageous, creative, powerful, decisive, reverent and omnipotent, all at once.
Designed to be. Required to be. Duty-bound, to be.
Do you feel that emotion plays any important part in any of this?
Go on: let ‘er rip!