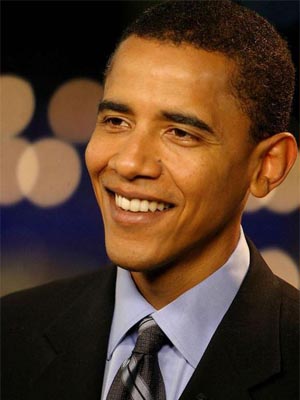 The pundits are lining up to kick Obama while he’s down, and as usual, they’re merely bleating what the Crowd wants them to hear.

Right now, what the Crowd wants to hear is: it’s Obama’s fault.

Underneath that, in a whisper: not our fault.

A sane person will express the opposite message: it’s our fault. We elected this guy because it struck us as ironic, compassionate, etc. (insert other sentiment here) to have the first African-American president.

The majority of American voters thought this symbolic act would heal our problems. They were however identifying the symptoms (effects) of our problems instead of the causes of our problems, which include our addiction to two insane notions: diversity and class warfare.

In effect, we elected a stronger endorsement of the cause of our problems. Here’s why:

Obama was elected as a triumph of “diversity,” which means the destruction of a majority ethnic group by importing wholly unrelated ethnic groups.

“Class warfare” is a code word for wealth redistribution which is in turn a euphemism for taking from the rich, and giving to the poor, even though the rich — who are generally more competent; although individual cases of incompetence may be found, in general they are more competent than the people who litter, vandalize, criminalize and eventually burn down their own ghettoes and blight their middle-class neighborhoods with alcoholism, incest, and dysfunction — are the source of most of our wealth.

Proles don’t know this, but anyone above them will: Working a job doesn’t produce wealth. Selling end-user products like hair care and alcohol to one another does not create wealth. Inventing a new gadget, creating a company or factory, or driving movement in the market creates wealth. The rich make wealth for all of us.

The ideology that infests all who see themselves as underdogs — freaks, minorities, gender oddities, homosexuals, religious minorities, the poor, the drug-addled, the drunk, the sad, the neurotic, etc — is that since they are the smaller group, and they suffer, it must be the fault of the larger group.

Since you can’t raise up the incompetent, you have to hobble the competent. But the underside of wealth redistribution is the destruction of civilization. It reverses the order of society from upward to downward. Instead of trying to be competent, we penalize the competent in order to be popular among the incompetent, who then grow in number. Soon only a hollow shell filled with idiots remains.

This sleight-of-hand only works through the assumption of equality, e.g. thinking that if John and Bill live next door, and John lives in impoverished squalor, it’s not his fault, since he’s equal to Bill and Bill lives in comfort and stability.

It can’t be the alcoholism, divorce, domestic violence, incompetence and disorganization that keeps John down. It must be that Bill somehow rose above at John’s expense. This is the ugliest side of human psychology, because it allows us to blame others for our own faults.

By making that one statement, I have guaranteed that this blog post will never be mainstream. That statement is the ultimate unpopular statement, and they’ll construe it as bashing the poor and elitism. Maybe it is, but it’s also truthful, and that’s what they deny.

That impulse to deny truth is why people elected Barack Obama. They wanted to believe in hope and change not because he said them, but because he himself is a symbol — a rock star — that made them think they could deny truth and get away with it.

The truth is that diversity won’t work, and class warfare won’t work; both destroy civilizations. After the civilization is destroyed, ethnic minorities and the poor are worse off. But that doesn’t make for a good symbol. A black guy in the White House? What a great symbol! A great message to the world!

But whereas the communists had in their delusional vision of the Soviet Union a model of the kind of society that would replace the one they were bent on destroying, the new leftists only knew what they were against: America, or Amerika as they spelled it to suggest its kinship to Nazi Germany. Thanks, however, to the unmasking of the Soviet Union as a totalitarian nightmare, they did not know what they were for. Yet once they had pulled off the incredible feat of taking over the Democratic Party behind the presidential candidacy of George McGovern in 1972, they dropped the vain hope of a revolution, and in the social-democratic system most fully developed in Sweden they found an alternative to American capitalism that had a realistic possibility of being achieved through gradual political reform.

To be sure, no white candidate who had close associations with an outspoken hater of America like Jeremiah Wright and an unrepentant terrorist like Bill Ayers would have lasted a single day. But because Mr. Obama was black, and therefore entitled in the eyes of liberaldom to have hung out with protesters against various American injustices, even if they were a bit extreme, he was given a pass. And in any case, what did such ancient history matter when he was also articulate and elegant and (as he himself had said) “non-threatening,” all of which gave him a fighting chance to become the first black president and thereby to lay the curse of racism to rest?

In my opinion, he imagines that he is helping America to repent of its many sins and to become a different and better country.

But I emphatically agree with Messrs. Limbaugh and Sowell about this president’s attitude toward America as it exists and as the Founding Fathers intended it. That is why my own answer to the question, “What Happened to Obama?” is that nothing happened to him. He is still the same anti-American leftist he was before becoming our president, and it is this rather than inexperience or incompetence or weakness or stupidity that accounts for the richly deserved failure both at home and abroad of the policies stemming from that reprehensible cast of mind. – WSJ

The ideology of the 1960s was Marxism. Now thanks to aging boomers and their propaganda spin, we have elected a true blue ideologue whose goal is to turn this country into something more like the Soviet Union and less like 1980s America.

Not surprisingly, failed ideologies fail consistently because they suffer from bad design. No amount of care, craftsmanship and high technology can fix a fundamentally bad (illogical, paradoxical, unrealistic) design. Marxism is a failure like egalitarianism and class warfare have always been failures. They are the same basic belief.

With Barack Obama, we elected a guy who believes in these crazy things and wants to make sure we all get on board with the insanity. If we resist, in his view, we’re the bad guys. Yet he must be correct because a nation full of lazy, self-pitying, uninformed and resentful people elected him to go after the rich and conservative people. Go get ‘im, Barack!

Now that the consequences of putting an insane ideology in the White House are clear, these same voters are covering their own behinds. They don’t want to admit that they made a horrible mistake in electing this guy. As a result, they’re blaming him.

The real problem still remains: a society addicted to preference will prefer pleasant illusions to complex and not wholly pleasant truths. As a result, our voters have run from one illusion (hope and change) to another (it’s all Obama’s fault).

And not a damn thing was learned.