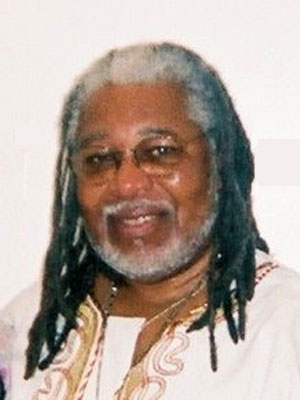 Few people understand nationalism. Most see it as a chance to one-up someone else. Only a rare few realize that one task presents itself to humanity, which is to be healthy.

To be healthy we must protect and nurture ourselves and nature, but that requires a sense of the “sacred” to both nature and the group, which is something that only culture can do. Culture requires a strong identity, and a strong identity requires ethnic homogeneity so that a people can define itself by itself and dedicate itself to improving itself. Laws, rules, police and fines cannot do what a strong culture and “blood and soil” can. But few people understand this vision of nationalism and instead buy into the vision of those who oppose nationalism. They consider many of us to be “false nationalists” for not wanting to create enmity with other ethnic groups by degrading them.

Osiris Akkebala understands nationalism in the sense of not just a political order, but an order by which people can live worldwide. It is a different type of society, where rather than being faceless occupants upon whom power is exerted to avoid violations (or at least the ones that government notices), people unite themselves through the decentralized network of culture and identity and compel one another to do the right thing. His writings should rank among the highest of nationalists but because of this basic lack of understanding of nationalism among most nationalists have not received as much attention as they deserve.

Today at Amerika.org we are fortunate and honored to be able to present an interview with Osiris Akkebala and to peer more deeply into his identitarian philosophy.

Can you give us a life history for yourself?

I was born and raised in Orlando, Florida. I attended Jones High School and I went to Valencia Junior College and graduated from the University of Central Florida where I received a BA in Sociology and a AA from Valencia in Political Science.

I became involved in the fight for Civil Rights for Black people in the 60s and held positions in the local NAACP as Chairman of the Young Adult Council and State Youth Advisor. I later became involved with the Congress Of Racial Equality (CORE) where I served as the Local Chairman.

It was in CORE where I became acquainted with the Honorable Marcus Garvey Philosophy of Black Separatism, Black Nationalism and knowledge of with Love for Afrika.

CORE was a Black Nationalist organization and in the 70s; we were known as Black Separatist, against Integration and mass busing of Black children out of the Black community to white-attended schools.

I in the 70s started in Orlando The Black United Fund, Inc. as well as the Pan Afrikan Inter’National Movement (PAIN).

How did you come to be involved in politics?

My political involvement had me to serve as the Campaign Manager for a candidate named James Reed, the first Black candidate to win a Democratic primary for the Florida State Legislature, but lost in the State general election. Later I became the first Black man to run for Mayor of Orlando. This is just an abbreviation of the many involvements and acquaintance with many well known Black Leaders, one in particular of whom we had a very close relationship with each other, his name is Louis Farrakhan. I have had many experiences as a Black community activist.

Nationalism is having a physical and mental connection to Land and to have power, authority and control over making decisions concerning that Land; such is called Black Nationalism as it pertains to Afrika and Black Afrikan people who have such a commitment and attachment to the Land of Afrika.

What made you choose this over other political directions?

So, I became, based upon my experience in the fight for Civil Rights, a Black Afrikan Nationalist Separatist, embracing the Garvey philosophy of Afrika being for the Black Afrikans and the need for Black Afrikans to become reunited again in Afrika, with Reparation to be the major Topic of concentration with demand for payment of a debt owed to our Enslaved Ancestors, it being a much needed Goal for Black Afrikans in America not by choice, to collect Reparation.

At some point in the 1990s, you collaborated with John Baumgardner and his group of pro-Southern nationalists. How did that collaboration come about? How did it work out?

In the early 80s, I became a talk show host on one of the local Black oriented Radio stations in the city of Orlando, and it was just by chance that John Baumgartner and I met. John was the local Grand Wizard of the KKK in the Orlando / Orange County area, and John had a cassette telephone message you could call and listen to, and I did, and what I heard was of interest to me, so I called John and invited him to come on my show as my guest, and from that time on, he accepted the invite and we remained associated with each other until the latter part of the 80s. John’s organization and my organization held many joint demonstrations, John being for White separation, and my organization, The Pan Afrikan Inter’National Movement (PAIN) was and is for Black Separation.

Our joint outing worked out very well, it attracted many attention, as PAIN attempt to in many ways duplicate the action pattern that the Honorable Marcus Garvey had established, for he did in the 20s had association with White separatist as well. It made me to be more certain that the path of Black Nationalism and not integration is the path that will lead to Black people having authority and control of Afrika and to have a United Continental States in Afrika.

What, in your mind, is the importance of identity to any ethnic or cultural group?

Is there a role for spirituality, or divinity, to play in understanding politics and philosophy?

Yes, because Spirituality, Divinity, is the result that come from a Mind that Critically and Freely Think, otherwise, you are no more than a pawn in the game of politics, it being a game that can have you with selfish motive, serving not for the Greater Good of All.

What do you think about Indian and Chinese investment and political influence in Africa?

Afrika, if left alone by all outsiders, could rise to its own qualified potentials, and since my goal and objective for Afrika, is Freedom and Independence, and Afrika to be under the authority and control of the Black Afrikans, I think that the Black Afrikans should take a page out of the Chinese play book, and run everybody not Black out of Afrika, and all the Natural Resources should be Nationalized, and Afrika should go into a state of complete Isolationism for as long as it will take for Afrika to rise in the New Millennium as a self sufficient thriving productive Black Nation.

Where can people read what you’ve written if they want to hear more? Do you speak on the radio, give interviews, or the like?

I have kept to myself in isolation, other than when I share information that is abbreviated on this WWW.

So, because of my constant and continue meditation I have remained physically, in obscurity, but now, I will make myself available physically for public consumption, by making myself available for invites to do Speaking, Lecturing and Counseling and organized Divine Spiritual Retreats.

My books are on Amazon, iUniverse web site, and other book outlets. Titles: Lies About God and Divine Spirituality: Revealed Information About The Real You.