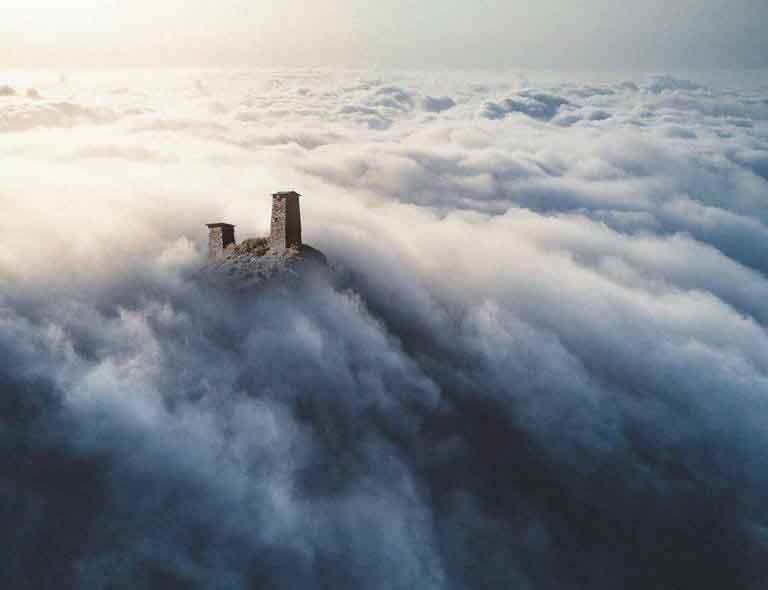 Most people remain unaware of civilization. For them, there are some institutions that take care of their needs and then some obligations like work, and everything else is not just a great mystery but not to be discussed because it exists in that dark ambiguity outside the warm circle near the campfire where all we hear are human voices, human values, and human perceptions, with never a mention of death or realism because those are scary.

If you can imagine being on a new planet, or a deserted island, or even living after a disaster that wiped out most of the people in your region, you can see the need for rediscovering civilization. Certain books have explored this idea, like Lucifer’s Hammer and Lord of the Flies, but most of us never consider it as a situation in which we might actually find ourselves.

Looking more broadly however civilization is a choice and series of choices that maintain a human order which protects us from nature and ourselves in order to serve as a force-multiplier for our will. You cannot be a great artist, scientist, adventurer, writer, businessman, or doctor by yourself; you need a civilization.

The first choice consists of choosing to have civilization at all. It is entirely possible to be a loose band of hunter-gatherers who wander around, sharing whatever they can scrounge, and dying young from the diseases associated with a disorganized lifestyle. Or one can be a hermit, I suppose.

The choices that follow comprise the many questions of designing a civilization. Who leads it? What are its values? Does it control its citizens, or merely reward the good and drive out the bad? What kind of institutions does it have?

In a broader sense, that civilization is trying to decide how long it wants to last. Sort of like when you build a house, you are choosing materials and techniques based on the number of years you want that house to last. If you want a thousand-year house, you build it out of stone; for the next twenty, modern American construction will work OK.

Most civilizations do not last a thousand years. A few hundred is considered good; democracies rarely even make it that long. Almost no one thinks past a half-millennium because their chances of making it even that far are remote. But what about a ten thousand year civilization, or one that lasts longer, maybe long enough to colonize the stars?

We can learn a great deal about how civilizations rise and fall by observing past examples. For example, the fallen civilization of Cahokia provides a great example both in how it fell, and how our scientists cannot understand what happened:

Cahokia was built rapidly, with thousands of people coming together to participate in its construction. As far as archaeologists know, there was no forced labor used to build these mounds; instead, people came together for big feasts and gatherings that celebrated the construction of the mounds.

The splendor of the mounds was visible to the first white people who described them. But they thought that the American Indian known to early white settlers could not have built any of the great earthworks that dotted the midcontinent. So the question then became: Who built the mounds?

Early archaeologists working to answer the question of who built the mounds attributed them to the Toltecs, Vikings, Welshmen, Hindus, and many others. It seemed that any group — other than the American Indian –could serve as the likely architects of the great earthworks. The impact of this narrative led to some of early America’s most rigorous archaeology, as the quest to determine where these mounds came from became salacious conversation pieces for America’s middle and upper classes. The Ohio earthworks, such as Newark Earthworks, a National Historic Landmark located just outside Newark, OH, for example, were thought by John Fitch (builder of America’s first steam-powered boat in 1785) to be military-style fortifications. This contributed to the notion that, prior to the Native American, highly skilled warriors of unknown origin had populated the North American continent.

We have a mystery. The original white settlers, who were more competent than people today, recognized immediately that the Indians who were drifting around the plains engaged in no greater life-plan than theft and internecine warfare would not have been able to create Cahokia.

Sensibly, they saw it as more like the Maya/Aztec civilizations to the south who also build large mounds and pyramids. But we need a narrative of white stupidity, guilt, and inferiority for today’s media, so we cannot acknowledge that they were probably right.

Then they tell us a few facts that solve the mystery. First, archaeologists have no way of knowing whether these were forced labor or not, so we should consider it a possibility. Next, the vital information, which is that Cahokia was built rapidly, which actually suggests forced labor since that fits with the profile of strong leaders organizing people who otherwise would not do anything into groups constructing greatness.

How do we know this was the case? Among other things, it was the case in Central America, where an elite ruled over a vast slave population and commanded them to create massive cities, where otherwise these slaves would hang out in their jungle huts and eat bushmeat (they are the ancestors of today’s Mexican indios).

But then, Cahokia fell apart. Somehow the same archaeologists who are telling us, with zero credible information, that this city was not built by forced labor, have no idea why it fell apart. Most likely, like how most civilizations die, the slaves attacked the masters and won through superior numbers, like a land war in Asia.

We are facing the same conditions here in the modern West. Using the idea of equality, the slaves have captured the plantation, and now all of us work serving this illusion. Any time we try to break free, someone comes up with more slaves and more guilt, and so we work harder and longer, serving a lie with our irreplaceable lives.

Most civilizations fail. There is a way to beat this problem, and whoever does it inherits the universe. But they will do it over the objects of 99% of humanity, who are not concerned with anything longer-term than the next pay period and more profound than their own comfort, convenience, wealth, popularity, and entertainment.