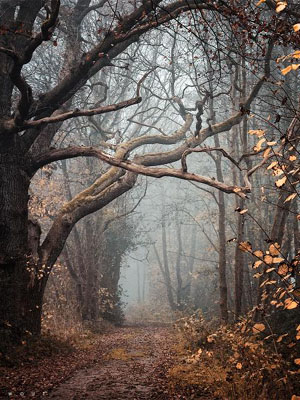 Those who sling words in functional capacities, meaning not as entertainers, know painfully well how substance can be faked with appearance using words.

What matters is not the words, but their meaning — and not their meaning as intended, but as shared between receiver and sender. If only one party understands the meaning, it does not exist.

When meaning is shared, it exists in that two or more independent actors are enforcing it through their choices and ideation. It has taken on a form beyond that of a single notion, and grown.

But for most of the words spoken, printed or recorded here on planet earth, the purpose is not to share meaning but to lure the receiver into thinking something is being said that is not, and then to induce them to rely on that false meaning and act to the advantage of the sender.

The simplest example is the used car salesman: “It runs like a dream,” he said, not bothering to mention that his only dreams are nightmares.

Words mislead us in many ways but in politics perhaps the widest and vastest effects are seen. For example, we should ask ourselves: If we are such great humanists, why is daily life inhumane?

Most of our people go off to jobs. Very few of these require much effort, so there are all manners of “make work” activities invented: meetings, trainings, paper trails and compliance frameworks.

For those who have truly linear tasks, like factory work or food service, the day instead is a progression of repetitive actions which drive the personality into a recessive state.

Those who are in some position of leadership or power might have it worst, because they’re essentially janitors who clean up after the illogical, childish, emotional and judgmental outbursts of others.

Not to mention that our cities are inhumane. Most dwellings seem designed for the comfort of the machines that service them, and are loud, attract dust, provide unhealthy air, etc.

Even our products, which are better than the options thanks to the magic of free markets, are usually blockheaded. You can tell they are designed by committee, and thus try to do too many different things at once and do none well as a result.

Politics itself is inhumane because no one ultimately gets what they want. They get representation, which means they voice their opinion, everyone else does the same, and then some compromises are produced which can be voted for. Important change: none.

Then there are a number of problems which we pretend are just a part of life and we should all grow up and face them.

Crime is treated like solar rays — an inevitable part of existence for time immemorial — when most experts acknowledge that a relatively small minority commit most of the crime, and some societies clearly have beat high crime in part by confining or dissuading such people.

We figure that late hours at work, long lines at offices, traffic all over the place, and general incompetence are just like the weather too. But in some places they are beaten also, usually by better organization and filtering out the dysfunctional people and tasks.

The promise of industrial society was that it would reduce the amount of work and tedium in life, but instead it has just thinned it out. Where once we had intense work and tedium, now they have infected everything and we have a lot less free time.

Free time is essential for people to get to know themselves, to socialize and to spend with their families. It helps them develop skills that while not necessarily pay the bills, give back to society.

There is only one reason for our inhumane society and it is paradoxically our humanity. In a desire to include everyone and make everything equal, we have stretched out and evenly distributed the disadvantages of society.

As a result, people are constantly embittered and scheming, feeling that somehow they are getting screwed by a world that doesn’t care. It’s inhumane, they think, and demand more humanity, which restarts the cycle at a higher intensity.