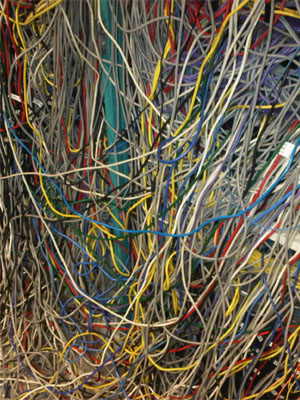 The nihilists among us will assert that there is no truth, it cannot be communicated and there is no purpose to life.

It is possible that with a small twist there is truth to what they say.

Truth is a human assessment. The only true thing that is universal is reality itself. A truth from one angle is not necessarily true from another, in the hands of another.

And yet we rely on truth, and as the saying goes, “I know it when I see it.” Logical propositions are true and sometimes they correspond to reality also, meaning that the question is framed in a realistic way and thus the answer is also realistic.

But communication? It is possible this is impossible.

The sender and receiver must share a message for communication to occur. It is not exact, but it must be more similar than different in its two versions.

In other words, the receiver must be ready for the message and the sender must put it into a form the receiver can understand.

Egalitarian societies strive for equal validity of all viewpoints. The resulting social condition, pluralism, is one where truth has been abolished, excepting some administrative “everyone play nice together” types of notions, and published facts, science and statistics.

But everything else is viewed as arbitrary and personal, and thus true if you believe it to be. (This is frequently violated by those who want to bully or guilt others into changing their opinions, but such is a dangerous path, since the crowd may turn on the bully no matter how “noble” his intentions.)

The result makes change of opinion impossible. If you have a differing opinion, that is as good as attacking the validity of the other person’s opinion and thus attacking his equality as a citizen itself.

Even more, he is unable to change his opinion, since doing so is to cede the legitimacy of his own decision-making.

In prior societies, people were able to discuss ideas and attack them without it being personal. These ideas were not related to individuals because it was assumed that truth was the third party in the room and that all people wanted truth.

It is no wonder we careen onward like a flying saucer without a captain, bouncing amid the stars of our peerless imaginations, never finding a consistent path that will take us anywhere.