In praise of predation 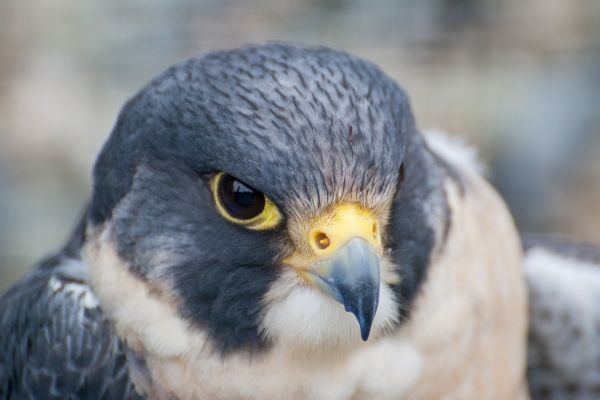 Nature, “red in tooth and claw” (but not destructive like Reds), often shocks us because its most beautiful creatures are violent and seemingly cruel predators. For example, the elegant raptor that glides so gracefully on the wind will with almost demonic glee seize a small cute mouse and tear it apart.

Similarly, the common house cat — a creature beloved by many — will toy with a mouse with a sadistic disregard for pain as it essentially tortures it to death and then delightedly munches on its innards. (Housecats are also a plague on nature if not kept indoors, where they do the same thing to songbirds at an environmentally destructive rate.)

We the creatures insulated (mostly) from the burden of fearing predators find it hard to reconcile these two extremes. How do we accept the fact that our kind and loving moggy takes pleasure in destroying other creatures? We can rationalize it with the need to eat alone, but clearly the cat seeks this as a form of purpose as well, halfway between the equivalent human concepts for “career” and “pleasure.”

Humans are not totally immune to predation. Within our own species we have predators, not only the obvious killers, thieves and rapists but the legions of scam artists, con men, speed traps, and government monopolies on issuing penalties for financial reward. Yet this is more parasitism, or organisms which live off of others through indirect means, than outright predation.

Often since I was a young child I have thought of the benefits of predation. Yes, evil and violent creatures exist in the woods; but among us walk people who are idiots, liars and incompetents. As a child walking through the woods after dark, I was wary; others were not, either from the oblivion of the idiot or the arrogance of the deceiver. Is it not a higher form of justice — “good to the good, and bad to the bad” as Plato suggests — that fools and liars be consumed by creatures who need nutrition?

Think back to your third-grade class or equivalent. Undoubtedly some of those children were well-intentioned and well-behaved. Others may have been more rebellious, but those split into two camps which take a little mental work to differentiate. The first group are those of obvious ill-intent, who like future con-men have no concern for the consequences of their actions. The others are simply out of place, acting out, confused and surly, but have some degree of moral culpability and at least feel remorse for their acts and try to rebalance themselves. Most of those come from broken homes or other dubious family situations.

But then there are the kids who are either oblivious to the consequences of their actions (idiots) or too absorbed in themselves to care about any impact beyond personal satiation (liars, thieves). How is it anything but genius that nature designs snares for such people to destroy them in as horrific a way as possible? Through their pain, they serve the order of nature… as nature’s equivalent of a cheeseburger.

If anything, the West suffers from too much survival. We have ensured that “anyone” can live a life of relative leisure in exchange for 40-80 hours of labor a week. But this group of anyones includes the idiots, liars and thieves. Because of our fear of power itself, including leadership which is power applied toward non-personal goals, we resist any attempt to sort people based on who they are. And from that, we rage against nature and try to keep it from carrying off the unfit, who then — because they have no purpose other than self-gratification — become parasites on society as a whole.

All that we fear — the sharks, snakes, bears and wolves — help us by removing those who are clueless or parasitic. If we had a just king, he would rule for the most part by some form of eugenics which promotes the best people and ushers the worst off to exile or doom. Our ability to survive as a group will doom that group to being absorbed within the vast number of useless people it cultivates. Nature may seem cruel, but this Darwinism that destroys the people who will be our doom seems in the end analysis to be a greater form of mercy.