In A Leftist Time, Everyone Wants To Be A Victim 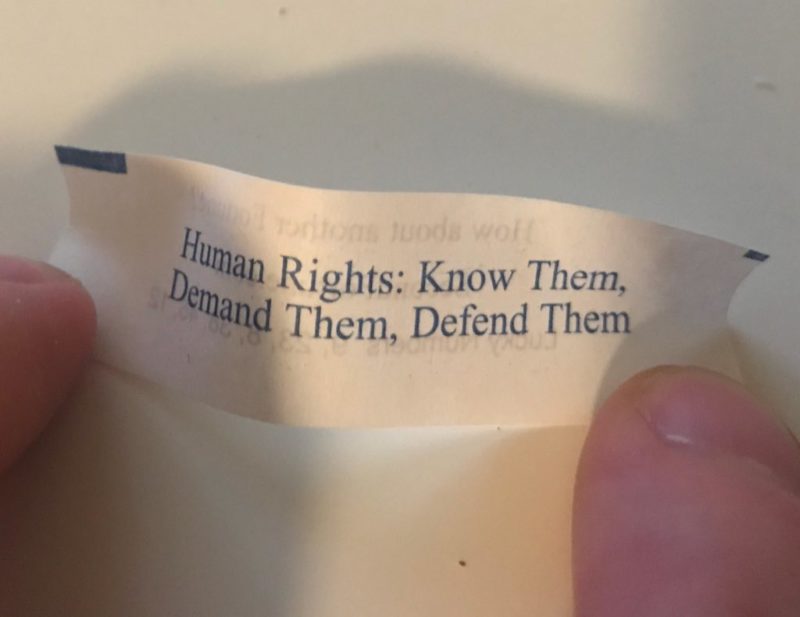 It is amazing how many people will approve of a concept that “sounds good” without understanding what it means. Take, for example, the term “equality.”

On the surface, equality sounds like this: treat everyone the same regardless of their background, or in other words, be fair. People think that is all that it means, but forget that life does not happen in a single step, but in cycles.

Here is the equality cycle: when we declare equality, we are setting ourselves up for failure if results are unequal despite fair treatment. For that reason, we give the people who are not succeeding a little nudge, hoping it will make them rise at least to the middle.

If we do not do that, then unequal results make us question the term “equality” at all. When people talk about inequality in wages despite different rates of individual productivity, they are caught in this stage. Results did not match expectations, and so people seek to inject subsidies in the mix.

These subsidies can be as simple as giving the poor kid more leeway in grading his papers at school, as moderate as social services which are free but mostly used by lower-income people, or as extreme as taxing the upper half of society to subsidize the lower half. Yet they always seem to drift toward that level.

In that, we see the feedback loop: each time results do not match the theory, we tip the scales a bit, but that does not work either. We tip the scales more in consequence, and then begin the cycle again. It never ends until something like full Communism comes around the bend, and then everyone is finally equal in theory.

For those caught in the middle of these loops, only one solution presents itself: be a victim.

We know that “equality” invariably and inevitably becomes a pathology of taking from the strong to give to the weak, so the only safety is in finding some way to be weak. You can be a minority, gay, disabled, abused, addicted, ill or mentally ill, or even just depressed, but you need something or the mob of the weak will come for you.

Thus we create a culture of entitlement and victimhood where the victims are entitled and therefore being a victim is valuable if for nothing else in fending off the demands of others who want subsidies with what you have:

A dodgy reading of history combined with some dubious evolutionary biology is used to justify a strange new phenomenon: victim-envy. Victimhood is now the prize and they will beat off the opposition to claim it.

The double bluff is extraordinary. Identity politics is pooh poohed as an Olympics of oppression, yet the suffering of the white man is now the biggest of all. This is the group that shouts loudest about being unable to voice its feelings.

What the Left calls “identity politics” means the tendency to identify with a group which has been victimized and therefore is “owed” something by civilization, or rather, by people with money and power. The last group to find a reason to be victims loses. Whoever becomes the biggest victim gets the most money.

Egalitarianism carries an implicit pacifism. Conflict and struggle are bad, goes the reasoning, so we can eliminate them by giving everyone exactly the same amount of power and wealth. That way, there is no need for them to be at odds… or even for anyone to leave the house. Everything is in perfect stasis, forever.

In the victimhood Olympics, whoever has been wronged the most gets the most. This means that not wronging others — even if they have done wrong — becomes imperative, because you cannot both be a victim and an aggressor, which means whoever is not the aggressor will win.

The law even backs this up. From terminally neurotic England, we receive this story of a homeowner prosecuted for fighting back against a burglar because that homeowner refused to be a passive victim:

The pensioner is said to have attempted to fight off an intruder armed with a screwdriver after two men broke into his suburban home in Hither Green, south-east London last night.

The homeowner is understood to have been forced into his kitchen, where a struggle ensued, leaving one of the alleged burglars bleeding from injuries to his upper body.

The moment our homeowner refused to simply be killed and left for dead, he ceased being a victim and became a victimizer. After all, those burglars simply wanted his material goods, so he could have done “the right thing” and let them take those, since that way no life would be lost.

Instead, he refused to lose control of the situation — at which point they could do anything they wanted to him — and fought back. This caused one of the burglars to lose his life, which makes the burglar the victim and the homeowner the aggressor, so the law will now crush him.

In the same way, mass murderers who lose their television privileges in jail are no longer the greater aggressor, since as prisoners they have less wealth and power than those who control the television. If you have something that others do not, you are the victimizer unless you share it.

Now watch what happens when this thinking is applied on a societal level to the question of immigration:

Refugees, according to the Office of the United Nations High Commissioner for Refugees (UNHCR), are people who are â€œfleeing armed conflict or persecutionâ€ and â€œfor whom denial of asylum has potentially deadly consequences.â€ Refugees leave their home countries because it is dangerous for them to stay. Turning refugees away could mean sentencing them to death. They often arrive without their personal belongings, sometimes without preplanning.

…The distinction is an important one, because an international convention in 1951 outlined certain rights for people deemed refugees, whereas migrants have no such rights. Refugees are protected from being deported or returned to situations that might threaten their lives. They are to be given access to social services and to be integrated into their new countryâ€™s society.

If you turn away refugees, they could die, and therefore you are the aggressor even though all you did was insist that you should be able to have what you have without sharing it with the world. Here we see the end result of egalitarianism: everything must belong to everyone, or whoever has it must be destroyed.

This self-destructive mentality grips the West because we accepted “equality” as a positive goal. For us to be equal, we must avoid inequality, which means people having different amounts of power and wealth. This means that no one owns anything and the Crowd owns everything.