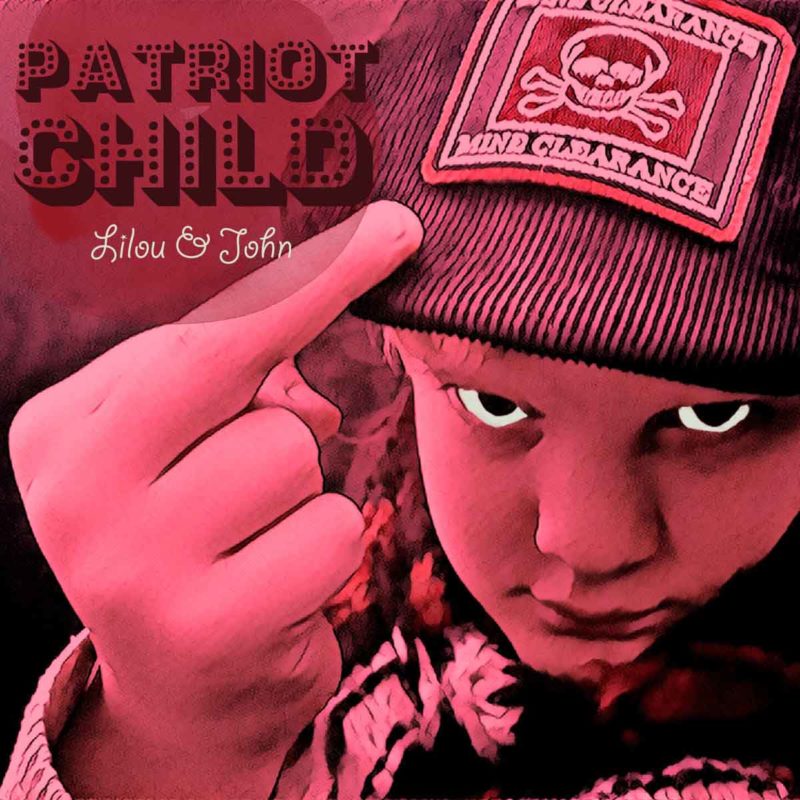 Patriot Child, the latest album from folk/rock duo Lilou & John, opens with a track that could have come off the first Napalm Death album if it were slowed down and given just a little more clarity. “Psychotic Snowflake Anthem” sounds exactly like the mentality of social justice warriors and HitLARPers across the internet, and it is hard to come away from it wanted to ever think like such people.

After that, this EP — which fuses the folk/rock of earlier work from this band with a metal-infused rowdy punk sound — detours into its significant material, mainly the poppy “Petrodollar Wars” followed by the significant “Enemy of the Matrix” and “Generation Identitaire” before hitting the title track. At this point, the real power of the new style of Lilou & John makes itself clear: it gives texture and energy to folk.

Previous Lilou & John releases have stayed within the framework that most of us know as folk: lots of strumming the same chord, shifting a melodic framework behind the vocals to give them poignant twists and turns that drive lyrics-heavy songs. Now, mixing in something that on the surface is like Motorhead but underneath closer to Venom or Cerebral Fix, this pop-folk band gives itself an uncanny energy and focused sound.

For example, “Generation Identitaire” makes good use of a melody that could fit within a UK pop song but has been amped up in delivery to follow the distorted guitars which create an atmosphere of gritty, city-oriented noise enclosing an old-world style folk song. The surging rhythm of the guitar and stomp-oriented beat pushes this forward from merely sentimental to confrontational, giving it a gravitas it would not otherwise have had.

In doing so, Lilou & John move outside of the folk house into mainstream rock, alternative rock, and hard rock with Patriot Child, perhaps in order to find a unique voice for the Right in popular music. The bittersweet mixed-emotions vocals of folk rock, bellowed in operatic intensity by Lilou, ride over pulsing music that would be violent except that it is in some way contemplative, like the best of the underground hardcore bands.

“Patriot Child” ends the EP on a point of strength, infusing the music with the type of self-confident pacing and straightforward but memorable melody that enduring playlists are made of. Watching this band grow and become more articulate in their expression has been a joy, and there is no reason not to expect more development in the future.

YouTube, Sotomayor and The Iranian Terminatrix (Don’t Let Skynet Own You) | In A Leftist Time, Everyone Wants To Be A Victim