Slavery takes many forms. An individual can be enslaved; a group can be enslaved, both physically and optionally, by ideas. Today, in celebration of Amerika.org’s history of telling the difficult and unpopular truth, we’re tackling “Freedom,” the holy grail of the modern West. 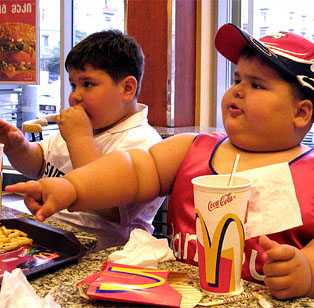 Not for the individual — no, you’re held to fewer standards and have fewer obligations, so you’re “free” although you still have to pay for it — but for the group. If they get you asking the wrong question, and possibly going in the wrong direction as a result, your group will not achieve what it needs to.

And then they’ll feed you palliative, feelgood stuff like “But we have the freedom! We are not the Hitler or the Stalin!”

Bear with me: the problem with “free” is that it’s a replacement for a goal. Instead of picking a goal, we pick the goal of no-goal, basically agreeing to disagree and hoping that all the stuff which required consensus to build — civilization, grocery stores, roads, hospitals, science, etc — will just keep carrying on because, hey, it’s there already.

Here’s a take on “free” as in beer, which is a related concept, as I’ll show in a minute:

In other words, FREE caused people to choose an inferior product more than they would have if the prices were both positive. Thus, in a world where there is more FREE stuff, the quality of stuff will decline. It’s hard to believe that this needs to be pointed out. And again, this is not the same as prices declining because technology has become more efficient — prices are still above 0 in that case. FREE lives in a world of its own.

If you’re only trying to get people to buy your target product by packaging it with a FREE trinket, then that’s fine. You’re still selling something, but just drawing the customer in with FREE stuff. This jibes with another behavioral economics finding — that when two items A and B are similar to each other but very different from item C, all lying on the same utility curve, people ignore C because it’s hard to compare it to the alternatives. They end up hyper-comparing A and B since their features are so similar, and whichever one is marginally better wins.

So if you have three more or less equally useful products, A B and C, where B is essentially what A is, just with something FREE thrown in, people find it a no-brainer to choose B.

People like the option that obligates them to do less. You don’t have to pay, and it doesn’t rope you into some political or social obligation, so you can keep being in your own head and not letting the world in much. That helps especially if you fear the world because you don’t understand it and so worry that whatever you try will fail, or someone who knows more will point out that you don’t understand reality.

It’s like a bunch of kids when test scores are handed out. If everyone gets a C, everyone is happy; if one kid gets an A, no one is happy because this kid showed that it’s possible to get an A. But if we thought it was impossible or unlikely, we don’t feel the need to reach for it. We’re happy as we are, because we aren’t aware of what being “a C student” means unless there’s an A student. That’s the nature of a relative universe.

But then why is “freedom” so popular?

I’ll advance a radical theory — we’re not thinking of ourselves so much as thinking of how we can compel others to include us in their social group, therefore gaining us the same advantages they have, which we would not have had without inclusion.

An observer feels more empathy for someone in pain when that person is in the same social group, according to new research in the July 1 issue of The Journal of Neuroscience.

The study shows that perceiving others in pain activates a part of the brain associated with empathy and emotion more if the observer and the observed are the same race. The findings may show that unconscious prejudices against outside groups exist at a basic level.

The study confirms an in-group bias in empathic feelings, something that has long been known but never before confirmed by neuroimaging technology. Researchers have explored group bias since the 1950s. In some studies, even people with similar backgrounds arbitrarily assigned to different groups preferred members of their own group to those of others. This new study shows those feelings of bias are also reflected in brain activity.

We want that empathy from others. So we offer a trade: I won’t criticize your dumb actions if you won’t criticize mine. To make that sound good, like the dishonest little monkeys we are, we call that “freedom” because “free” sounds good — no restrictions. Translation: a direction of no-direction.

Here’s another example of that:

“You may actually be a size 14 and, according to whatever particular store you’re in, you come out a size 10,” said Natalie Nixon, associate professor of fashion industry management at Philadelphia University. “It’s definitely to make the consumer feel good.”

Research shows that, when it comes to self-perception, the concept of “overweight” may be relative.

A working paper from a group led by Mary Burke, senior economist at the Federal Reserve Bank of Boston, Massachusetts, suggested that people’s perceptions of overweight have shifted, and “normal” is now heavier than it used to be.

If you don’t want to feel fat, and want to go back into comfortable solipsistic denial, we’ll just change the definition of FAT. Now we all agree that fat begins at 300 pounds, not 200, so you’re not “technically” fat.

If we want a mutual incompetence society, we’re not going to call it that. We’re going to call it freedom. It means that instead of finding a goal or values in common, we agree to have none, and make that our highest goal. Not surprisingly, we not only cannot agree on future actions, but we bypass them entirely. After all, our goal is freedom… not steering the ship of state toward any future direction. Things are fine as they are now. We’re free. Free from criticism, mostly. So there’s no need for change, because if that change ends up being an A student, us C students are going to feel dumb and want to kill.

Dumbfounding led him to view morality as driven by two separate mental systems, one ancient and one modern, though the mind is scarcely aware of the difference. The ancient system, which he calls moral intuition, is based on the emotion-laden moral behaviors that evolved before the development of language. The modern system â€” he calls it moral judgment â€” came after language, when people became able to articulate why something was right or wrong.

The emotional responses of moral intuition occur instantaneously â€” they are primitive gut reactions that evolved to generate split-second decisions and enhance survival in a dangerous world. Moral judgment, on the other hand, comes later, as the conscious mind develops a plausible rationalization for the decision already arrived at through moral intuition.

Moral dumbfounding, in Dr. Haidtâ€™s view, occurs when moral judgment fails to come up with a convincing explanation for what moral intuition has decided.

In other words, we have a built in compassion reflex — and then, we’ve got our social brains working overtime trying to figure out how to leverage it. And from that process we get “freedom” instead of the more logical “treat people well.” Because we can have both, you see — a faux compassion which is actually a power grab, by demanding “freedom” for others so they’ll help enforce our independence from obligation.

What a negative view of the world! In fact, we might call it a primal superstition: fear of anything that obligates us as individuals to a collective course of action, or even agreement about our direction, even though both those things are necessary for civilization.

It’s no surprise that the agitating for “freedom” has ramped up over the last 200 years, while we’ve been busy wrecking our environment, making ugly cities, and getting fat as pigs on fast food. This is why we are unable to address our dying climate, our rotting cities, and other problems that affect all of us — because we’re thinking in terms of “freedom” for the individual, we enslave the group to the judgment of no-judgment.

Ye newe deluded peasant and his PS3 | If you live in denial, expect rude surprises