If You Hate Censorship, Abolish The “N-Word Pass”

by Jonathan Peter Wilkinson on January 17, 2020 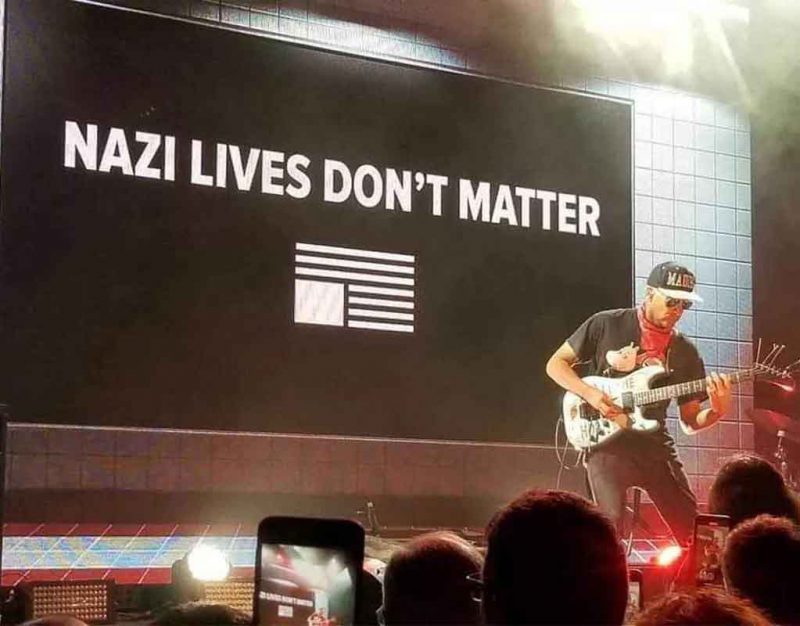 All censorship, at its core, is a power game. The people being censored can no longer solve their information problems. It’s hard to know what you are talking about, if about half of the usable vocabulary of your lingua franca has been banned. This happens deliberately. It can happen for seemingly benign intent, or it can happen for genuinely cynical malignant intent. Even when it starts out as banning some offensive slur or deplorable word for all that is good and holy; it then gets cynically morphed into a power game. If you seek to make someone your bitch, first put tape over their mouths so that they have no power to bitch about it.

Part and parcel to the use of censorship in a cynical and manipulative fashion designed to degrade others, is the ability to exempt favored classes from it’s limitations. On the primal latus rectum of street-level reality, we see an example of this. The Alpha Males of the locker room get “The N-Word Pass”. Given this pass, and certain people are allowed to tell certain transgressive and powerful truths.

If you can tell these truths, then your status and your finances are enhanced. To the extent that Comedian Chris Rock got paid for the routine I linked above, he has enjoyed a remunerative Knee-Grow Dividend. Claiming a similar one would cause most White Bread from the Scots-Irish Loaf to die painfully if they tried saying this at school or at work. It puts total lie to the idea that the word Knee-Grow must be banned because it has a malign power. Chris Rock is fine with it. Perhaps it helped him own a black Rolls Royce.

So let’s say you feel like calling every last knee-grow that you think is a knee-grow a knee-grow. Don’t let yourself be bullied by people who think you’ve typed knee-grow too many times in just one blog post about knee-grows. What’s that I’m hearing? You’ve been kicked off the Internet, your bank is too racially sensitive to clear your checks, and you’ve lost your job, your family, and probably the double-wide to boot? All because you took editorial advice from some crazy blogger? Next time play the Country-Western Song backwards. It will all come back to you.

Or if that doesn’t work, let’s work towards leveling the playing field. Burn up every last wigger’s N-Word Pass. Make them go jogging in the same straight-jacket. Make them live under all the same speech restrictions which will invariably, over time; also become IQ restrictions. Then, when they accuse you of taking away their precious Freedom of Speech, you offer to let them borrow one your mirrors. Familiarity with the negative impacts of censorship is the only way to ever make the censor feel contempt for the entire concept.

Most of these new inquisition sorts who crybully people over offending the LGBTUVWXY and Zs are like Reverand Arthur Dimmesdale from the famous Nathanial Hawthorne novel. They’ll sure pin the scarlet letter on Hester Prynne, but only after they’ve gotten bored and cynical with getting their own dicks wet first. The whole point of an “N-Word Pass” is to let them sin like Dimmesdale and then condemn all the other sinners in the wormwood with complete impunity. Take that license to hypocrisy away, and they discover the hard way that communication gets increasingly difficult once all the words have been banned.

Inquisitions are a fvcking blast until the questions start getting asked about you. Everyone wants to be Torquemada, nobody wants to be the human torch. It then becomes very quickly obvious that censorship is never about decency. It’s always a power grab. Shutting someone up is a precursor to shutting them down. First they take down the intended victim’s defenses. Then they take away the intended victim’s life and property. The first step to taking away someone’s humanity is to take away their ability to express it.

In the end, no matter how “nice”, “polite”, or “considerate” the censor claims to be; that censor is always your enemy. The censor first censors you so that he can then destroy you. You can tell that immediately about the censorship in question if it includes some sort of an “N-Word Pass” that protects other people the censor didn’t intend to target. Those designated for some Basket of Deplorables are a whole lot more ovenable if the concentration camp gourds don’t have to listen to the sounds of them screaming.

Periscope (January 17, 2020) | Albert Einstein And The Myth Of The Lone Genius