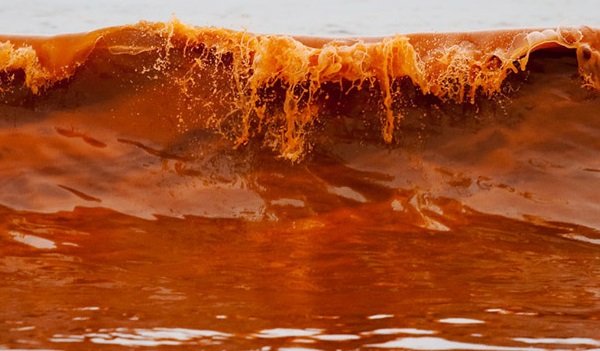 The appeal of ideology is that it replaces a complex worldview with a simple command. Our lives are commanded by trying to predict enough of the future to make the right choice. Ideology replaces this “right” choice — using the term to mean correct — with a sense of socially-mandated right, which means that which looks good to others.

Our ancestors had a method for keeping this at bay. They recognized that without strong leadership, groups of people exist in a state of mass hysteria. Therefore, a system of leadership must constantly be kept in place, and each person given a role in which he or she has power, but inherent in that role is also a limit on where their opinion should be aired.

This system only broke down as society thrived. A thriving society uses the intelligence of the few to benefit the many, and soon in an ex post facto justification begins wanting to make the number of the many rise. Thus it begins protecting even the silly, broken, deranged, etc. from themselves and incorporating them into society. At this point, popularity matters more than reality, and ideology takes over.

Ideology replaces reality in two key ways. First, it literally replaces it by becoming the “world” in which people live and think, and that which they manipulate in order to achieve results. Second, it creates a feedback loop where success is inferred from ideological correctness, and if it doesn’t immediately cause a crisis, an action is assumed to have succeeded.

When they write the tombstone of the West, they’ll put something like this on it: Grew too fast, got torn down by the resentful people within. They used guilt to make us all look toward the symbols, not the reality. So we drifted away, and now here we lie.

Personally, I’m looking forward to it. It is a dead man walking that trades on its ancestors’ greatness to justify its corruption today. Clearly, the great political experiment begun in 1789 in France has turned out to have consequences more far-reaching than its initiators intended — but exactly as predicted by those who, steeped in tradition, saw it as a great historical misstep.

Since most people can’t pronounce ideology, much less define it, a brief definition is in order: any prescriptive values system, in contrast to deductive value systems. A prescriptive value system tells you what you should do; a deductive one tries to figure out reality, and tell you what will happen if you do x, y or z, and thus points out what an optimal course of action is.

Most historical value systems are of the latter type, but with the advent of Enlightenment rationalism, all people were declared equal which gave them the ability to prefer a prescriptive values system because it benefited them more, as individuals, in the short term. It passed the buck, in other words. Robbing tomorrow to pay for today.

Like all Enlightenment thought, prescriptive values systems are based on the idea of backward thought: if we have a need, we describe it in words, and then we test whatever we encounter until we find something that plausibly fits the requirements we recognize, and declare that a solution. This works really well in simple systems where a limited number of options exist; you keep trying until one “works.”

But in the area of thought, it fails because our worded definition of what is required is easily faked. In fact, it most commonly is. It represents a reduction of complexity if not an outright removal of vital information. Prescriptive values “fit” in that they are values systems, and they seem to make people “just get along.” Ideologists tend to argue for their plans by cherry-picking, deconstructing, detail-filtering, etc., in other words editing the problem to fit the solution, not the other way around.

The first problem of ideology is that it replaces reality itself. Impossible, you say; easy, say I. When the people who hire you, sell to you, rent to you, promote you and fire you all say the same thing, you accept it as truth. You then turn and impose that on reality and when something deviates from that course, you call it error and write it off. Like other deconstructive practices, it can be backward-revised and backward-justified so that it seems to have succeeded.

The second problem of ideology is the feedback loop. When you create an ideology, no matter how insane, people start to obey it. They then become dependent on it in an economic sense and are therefore not interested in hearing about exceptions. This automatically filters out all information but that of the ideology itself. Then, this ideology becomes unquestionable. At that point, people will come up with new ideas based on the ideology. They will implement them. Two weeks later, if the world hasn’t collapsed, they call the new idea a success. And the next generation watches, and does the same thing, expanding the ideology’s reach in every direction.

Real history takes centuries to be made. We are only now seeing the results of events from the 1700s. But in the world of ideology, more is always better. If the action doesn’t fail, it is the success of the ideology! If the action fails, there wasn’t enough of the ideology, or it was sabotaged by some ideological enemy. There is never any means for the ideology to stop and criticize itself. It is like a parasite out of control, a mental zombie virus that compels people to act toward their doom.

Parasites serve a function in that they exterminate excess. The West grew beyond its control structures, and now needs to be pruned. However, that offends the pretentious people who now reside there. Their motto: we should all go down together, and be ideologically pure, than let anyone escape without the blessings of ideology.

From beyond | Does media unite malcontents into a political force?