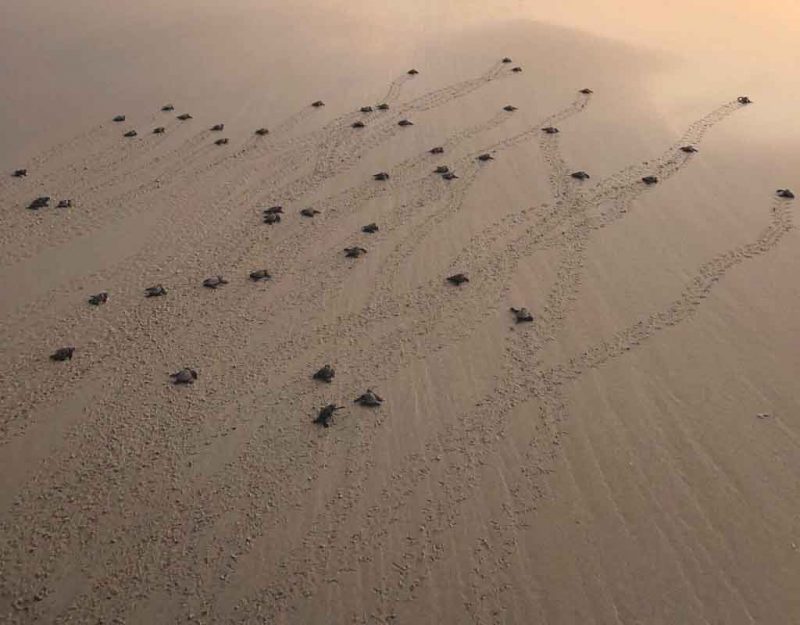 Conservatives got blindsided by the Left because we did not understand the symbols that they used.

Take “equality,” for example. To a conservative, this means no preferential treatment. Everyone gets in a line, waits their turn, and when they get to the front, they each get the same thing that every other individual gets.

The Leftist sees it differently. Equality serves as a goal that is a method; it is like saying that your goal is to use a plow, when really you just want to grow some crops. They want equality as a principle of society, which means that people must become equal, which requires taking from those with more and giving to those with less. Since some have more because of their natural talent, egalitarians tend to try to destroy those, as well as any order larger than the individual — culture, heritage, faith, aesthetics, hierarchy — so that there will be nothing but an equal mob and the bureaucrats who administer to it.

Similarly, conservatives do not understand ideology. We view it as a statement of values that the individual intends to apply in his own life, when in reality ideology is a pathology based in a worldview that explains the failures of individuals as the product of not adopting the ideology, the ideology as the solution and therefore only possible “good” activity, and the good life as the pursuit of this ideology. In practical terms, ideology serves as a replacement for the soul, inner moral compass, and social order; instead of many people doing what they can to make civilization, ideology redirects everyone to working on ideology. Because the ideology is the only possible good, everything else serves as a means to that end, which becomes paradoxical because ideology does not aim for an end goal, only the perpetual application of ideology as a lifestyle.

America arose as a pre-Leftist or classical liberal civilization based on the idea of limiting government and allowing natural selection to create a hierarchy within the citizens, therefore keeping the best on top so that the rest benefited from the greater competence of their rule. However, ideology arrives in the form of symbols, and like all unconstrained things, those symbols take on a life of their own. Classical liberalism inevitably decays to Leftism, its parent philosophy from The Enlightenment™ days, because people pursue liberalized lives and encounter problems, so they turn to the bureaucratic system to help them out.

Consider the origins of classical liberalism:

Although liberal ideas were not noticeable in European politics until the early 16th century, liberalism has a considerable “prehistory” reaching back to the Middle Ages and even earlier. In the Middle Ages the rights and responsibilities of the individual were determined by his place in a hierarchical social system that placed great stress upon acquiescence and conformity. Under the impact of the slow commercialization and urbanization of Europe in the later Middle Ages, the intellectual ferment of the Renaissance, and the spread of Protestantism in the 16th century, the old feudal stratification of society gradually began to dissolve, leading to a fear of instability so powerful that monarchical absolutism was viewed as the only remedy to civil dissension. By the end of the 16th century, the authority of the papacy had been broken in most of northern Europe, and each ruler tried to consolidate the unity of his realm by enforcing conformity either to Roman Catholicism or to the ruler’s preferred version of Protestantism. These efforts culminated in the Thirty Years’ War (1618–48), which did immense damage to much of Europe. Where no creed succeeded in wholly extirpating its enemies, toleration was gradually accepted as the lesser of two evils; in some countries where one creed triumphed, it was accepted that too minute a concern with citizens’ beliefs was inimical to prosperity and good order.

Here we see pluralism emerging from the erosion of a complex hierarchy. As hierarchy collapsed, society was forced to centralize, which then created more intense conflict, and this was resolved through a form of pacifism known as pluralism or the idea of “agreeing to disagree.” Instead of choosing a path forward, society agreed on parallel paths, which is a fancy way of saying “disunity.”

Parallel paths works great within different civilizations; each chooses a method, pursues that method, and either thrives or flails such that everyone else learns from the experience. Monocultural parallelism however simply creates a society without standards, which delights those who want social breakdown — individualists, merchants, criminals, free riders — but dismays those who realize that this path simply internalizes conflict and divides societies against themselves.

This established the internal division with which we live today:

The early liberals, then, worked to free individuals from two forms of social constraint—religious conformity and aristocratic privilege—that had been maintained and enforced through the powers of government. The aim of the early liberals was thus to limit the power of government over the individual while holding it accountable to the governed. As Locke and others argued, this required a system of government based on majority rule—that is, one in which government executes the expressed will of a majority of the electorate. The chief institutional device for attaining this goal was the periodic election of legislators by popular vote and of a chief executive by popular vote or the vote of a legislative assembly.

But in answering the crucial question of who is to be the electorate, classical liberalism fell victim to ambivalence, torn between the great emancipating tendencies generated by the revolutions with which it was associated and middle-class fears that a wide or universal franchise would undermine private property.

The “emancipating tendencies” created a large group of have-nots, who no longer having guaranteed employment as serfs, fell on the mercy of the markets. The classical liberals found themselves having destroyed an existing order and needing to replace it, so they quickly adopted the modern style of government based on civil rights and entitlements, in parallel with the development of pre-Marxist socialism and in order to stave off the inevitable monkey troupe revolutions for full socialism that left societies in subsistence-level ruins.

If we look at the modern political parties, mainstream public conservatives represent the middle class defense of property, while Leftists want to continue emancipation as a kind of business, where government takes a third or more of everything and uses it to fund equality programs, stimulating the economy with frantic consumer action by the lower classes. This idea later found formalization in Keynesianism and led to modern consumerism.

Conservatives have spent the past few centuries trying to flatter the crowd enough that it will not revolt while simultaneously trying to induce it to defend private property and natural rights, or the ability to undertake actions for the self and not the “collective” or group of people to be subsidized in order to achieve equality.

Out of this political culture came diversity, or the idea that culture could be abolished in exchange for loyalty to political culture, namely the doctrine of private property and natural rights as endorsed in the Constitution, in order to keep people from going further along the road to civil rights and entitlements. The most successful conservative presidencies thus helped further the takeover of Leftism, culminating in the 1980s with Ronald Reagan, who expressed political culture in his support for diversity:

Whereas President Reagan observed in a 1988 speech, “Anyone, from any corner of the Earth, can come to live in America and become an American * * * This, I believe, is one of the most important sources of America’s greatness. We lead the world because, unique among nations, we draw our people—our strength—from every country and every corner of the world. And by doing so we continuously renew and enrich our nation. While other countries cling to the stale past, here in America we breathe life into dreams. We create the future, and the world follows us into tomorrow. Thanks to each wave of new arrivals to this land of opportunity, we’re a nation forever young, forever bursting with energy and new ideas, and always on the cutting edge, always leading the world to the next frontier. This quality is vital to our future as a nation. If we ever closed the door to new Americans, our leadership in the world would soon be lost”;

He begins with the word “anyone,” which is a dogwhistle to endorse equality, since there is no longer an emphasis on social hierarchy at all. “From any corner of the Earth” was a token given to the civil rights movement. Then he inserts the demand: they must work for “opportunity” (private property and natural rights style freedom) in order to advance America, the idea, through the “cutting edge” on the “next frontier.”

In other words, people are welcome to come from anywhere so long as they serve the system which in his view, served conservatism by protecting private property and natural rights. This echoes the text of a popular law passed a generation earlier in response to the past decade of pursuit of a civil rights agenda:

The private property types got fooled by the promise of a more powerful economy, as Reagan reiterated, while the ravening crowd simply wanted to abolish social standards and culture in order to make the individual more powerful.

In ideological alignment, public conservatives saw unity, or everyone coming together in agreement on political culture. This made the country more powerful, they temporized, much as uniting different European ethnic groups — Southern, Western, and Eastern Europeans — within America had helped us build a unified front to fight WW2.

Racial diversity came out of this ethnic diversity.

Politicians were fooled by ideology during these days. They confused unison (everyone applying the same method) with unity (everyone working toward the same goal) as bureaucracies do because their basis is found in regulating method in order to force people toward the same goal, going back to even before Genghis Khan, the leader who endorsed religious toleration and personal freedom in exchange for ideological allegiance to his rule.

Unity works better than unison. Instead of regulating people by method, which makes them dependent upon a symbolic central authority, we focus on what we hope to achieve together and let people reach their contribution by their own methods.

This is not only more tolerant of eccentricity, but allows for individuality in a way that individualism (me first, along with everyone else doing the same) cannot. As we come out of the dark days of trusting ideology, we are going to reverse the Reagan mistake and look at results instead of shared ideology, even if conservative-flavored with a defense of private property.