I Love Ann Coulter, But Trump Is Doing Better Than She Thinks 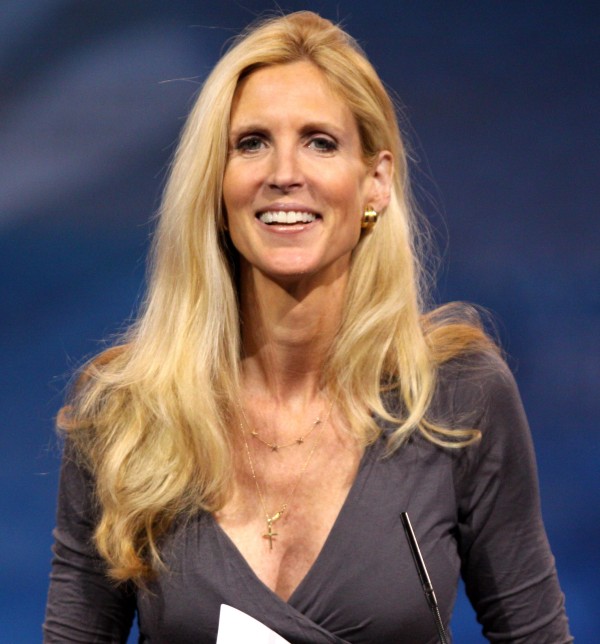 Ann Coulter recently went on a series of great rants against the Trump presidency and I commend her for keeping his feet to the fire. As always, her instincts are good. However, I must differ on the situation in which Trump finds himself which will be baffling to a lawyer like Coulter but clearer to managers.

The American president is first and foremost the CEO of one of the largest corporations in the world. Trump has inherited this after at least sixteen years of misrule which has allowed ideologues — those with the “right” opinions — to infiltrate every level.

He recognizes that if he acts in anything like a Right wing direction, he faces pushback from this permanent bureaucracy which leans Left, sometimes called “the swamp” or “the deep state.” They are a form of corruption that like a union acts in self-interest while shielding itself with the aegis of ideological good.

As a manager, he cannot act directly like a Leftist leader (surely we can admit that their ideal is Joe Stalin) would. Instead, he acts indirectly. For example, ICE has focused on highly visible immigration raids instead of raw numbers, while fighting the sanctuary cities and their legal basis. Better judges are moving into courts. The mesh of regulations is being deactivated. Obamacare has been gutted. The GOP establishment is on the run, and the Leftist establishment is falling into a brain-dead habit of constantly following Trump’s outrageous moves, while proving almost totally oblivious to his significant ones.

Yes, the new budget sucks; however, it was either going to suck or the Trump presidency — everything else he has done that is good — would be tied up fighting both parties. He took a loss and moved on. He may not be building the wall, but he is removing the attractions that make immigrants come here. He is shifting the political outlook and values expressed in political discussion. All of this is winning bigly.

He is setting up his team at every level so that when he makes a Right-wing move, he has support within the system that will then apply it relentlessly just as Obama-era stooges moved his Leftist policies very quickly from paper to the streets. He has made cynicism about immigration and diversity mainstream, and has identified the real threat to us, China, while beating back the gadflies like Russia, Iran, and North Korea.

No president is going to be perfect. American government is encrusted in years of bad law, moronic decisions, free stuff for parasites, and other seemingly permanent programs. Even worse, his own party has bought into this system and become accustomed to a role as “captive opposition” which enriches them but prevents any change from the steady slide into Leftist oblivion.

True, GOP candidates are not winning out there. However, Trump has — by supporting even mediocre candidates — used this to make one thing clear to his party, who pathologically snatch defeat from the jaws of victory. Candidates who are not like Trump, meaning taking a hardline demographic realist and anti-bureaucratic position, will not win. This is destabilizing the elements of the Republican Party that are corrupt and content to do things as they always have.

In an ideal world, a Charlemagne-Stalin-Reagan hybrid would descend on the USA, force us to repeal ten million lines of law and regulation overnight, revoke certain amendments, expel everyone who does not belong or is useless like Paul Ryan, and then begin the process of making the West rise from the ashes.

However, in the current stage of this process, what is called for is a movement toward the Right that is both (1)steady and (2)successful. That is the Reagan formula: do things that advance your philosophy but only where they also demonstrate practical, immediate advantages.

If Trump continues to do this, the train of popular opinion will keep rolling Rightward, including the social conservative and demographic realism that we all want to see. It will take some time. It needs to move carefully, because if he makes a step that is solely “ideological” and not also practical, the wolves will attack and win.

In the meantime, the Left are revealing themselves to be gibbering caricatures of Communists hiding in Hollywood costumes labeled “average American.” Munching cheeseburgers, they wail about everything he does, and have gone seeking reasons to remove him that are, taken as a whole, comical in their insincerity.

Daniels is suing the president and his lawyer Michael Cohen to nullify a nondisclosure agreement she signed in exchange for $130,000 to keep quiet about an alleged affair with Trump.

â€œIf they came to you with a settlement in this case, would you accept it?â€ This Morning host Anthony Mason asked Avenatti.

â€œI think we would consider it, I would converse with my client. It would depend on the terms of a settlement,â€ Danielsâ€™ lawyer replied. â€œBut at this point, I donâ€™t see how the case gets resolved short of the truth coming out.â€

Therein is the clue that this entire event is a political affair for the Left, but a profit-seeking move for Daniels. She wants two things: (1)money from Trump and (2)to become a celebrity so she can transition out of pornography, which is not a place to be as a woman who is aging rapidly. She wants to be rich.

If her case were strong, her lawyer would not be telegraphing a willingness to settle so quickly. My guess is that the “evidence” will be dubious, but her main trump card (ar har har, pun intended) will be a recording of Trump saying something un-PC like his famous comment about grabbing a small feline, and it will be similarly open to misinterpretation. He did not mean a literal grab; he meant “grab” in the sense an adman or businessman uses it, meaning gain an opening to a dialogue to make a sale.

The Left will not care because they have never cared about the truth of the situation. They claimed he was colluding with Russia; no lack of proof has stopped them there. Before that, they claimed he was insane. Even earlier, they claimed he was using the presidency to promote his businesses. All of these are talking points which have nothing to do with reality, but seem like plausible handholds for the Left to use to whip up an angry crowd to demand that Trump is removed.

We are not dealing with sane people here. We are dealing with unhappy neurotics who are looking for a way to give their lives meaning other than the obvious, which is to discover something vital in reality and bond to it. That can be culture, God/gods, nature, love, wisdom, skill, …just about anything. It is lost to these burger-munching cubicle job television addicts and they are irate about the insignificance of their powerless little lives.

However, there are a lot of them, and their constant agitation with the help of big media is demoralizing the Right as it tries to figure out its own path:

…I suppose the one good and lasting consequence of Trumpism is that he genuinely has shifted the Overton Window.

Immigration restriction is no longer taboo.

Even race differences in IQ are might be edging into not entirely unhandshakeworthy territory.

Focus on that last point: we can now talk about demographic replacement and civilization decline, and understand civilization as emerging from an ethnic group which develops certain behaviors that other groups apparently cannot, which is something we could not do two years ago.

Worry not about the Republicans. The rule is simple: they advance “populist” — anti-bureaucracy, demography aware, social conservative, pro-hierarchy, masculine power — candidates, or they lose. This is having a Darwinian effect on the Republicans, sending the usual cucks scurrying for the exits while a new group rises. It is just taking awhile because very few can figure this one out.

In the meantime, the Alt Right is not dead. It made its point: Antifa and government are working together to suppress a Right-wing message. We have the Left talking about repealing the second amendment and how free speech is not important. We have images of Leftists beating up innocent people. Distrust in media is rising.

As it regroups, the Alt Right is focusing on what has made it great so far. It is advancing the cultural wave, which means the willingness to talk about certain things found unthinkable and to resist the Soviet-style Leftist regime which we find ourselves serving under. It is mocking the Establishment and winning over the remaining sane people.

It is time for us to get hold of ourselves and refocus on this core mission. Maybe demonstrations are part of it, or maybe not, but either way, we cannot become disheartened and wimp out. We are in a time of great victory, but it is not going to happen overnight. We need to stay “high energy” and see this one through. Take heart.

BRICS Show Us That Race Is Not A Question Of Dislike, But Competition | How Work Will Change In The Future