How Work Will Change In The Future 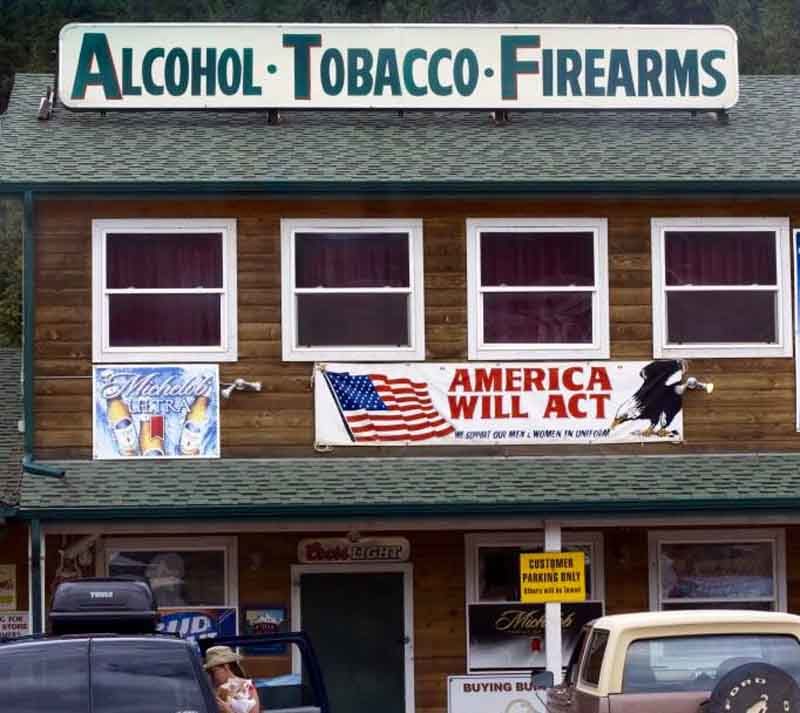 People are going to look back on this time and wonder if the people then knew how much life was changing forever. We are at the cusp of a sea change not just of vast importance, but even broader implication. Ideas are dying, and since they are chained together as justifications for one another, they will fall together, like a big net dropping away.

If we pull the net aside for a moment, we can see a glimpse of the future, which will be both tragedy and opportunity. The tragedy occurs through the collapse of institutions that still have some good in them, but these can then be replaced with things that are wholly functional. The change begins with globalism.

Globalism served as a death knell for trust in our ability to make things. Choked by unions, lawsuits, regulations, and social problems, our labor pool was not up to the task, so companies began outsourcing and offshoring, which prompted government to make this easier through treaties like NAFTA.

In turn globalism died because it essentially transferred our wealth to the third world while leaving us with the “service economy,” an illusion that is rapidly dying as people realize that not only are FAANG companies worse social engineering manipulators than previous corporations, but their accounting conceals a lack of real value.

For companies like Amazon and Google, the only business model consists of growth. They generate a lot of hype, so people buy their stock, and so they are able to leverage that popularity and buy other companies or expand into other industries. Amazon never posts profit, only reinvests, buying itself a business empire by using illusory credit.

As the FAANG companies collapse inward through a combination of a lack of an enduring business model and increasing scrutiny of their “social justice” oriented practices, globalism also will die, and with the death of globalism, the notion of trusting in your employer will finally go away.

People used to hope for a “good job” — there really are very few — but found themselves instead locked into a cycle where companies form, get huge, and then decompose in their own bloat, leaving the workers stranded in a shattered jobs market. The future belongs not to having a good job, but to having a business of your own.

The first step toward that end has come with the rise of work-from-home gigs:

Nearly half (45%) of hiring managers said their company’s work-from-home policy has changed in the past five years, with 60 percent saying it has become more lenient and inclusive.

Over half (52%) of hiring managers that work at companies with work-from-home policies believe hiring has become easier in the past year.

Over half (55%) of hiring managers agree that remote work has become more commonplace as compared to three years ago. Five times as many hiring managers expect more of their team to work remotely in the next ten years than expect less.

The slow death of the office has come to us. Commuting wastes time; office politics are miserable; most people are performing repetitive roles in front of computers anyway, and rather than spend 80% of their time on their phones browsing Facebook, they would rather chip in that one-fifth of their day with focused private time at home.

As this becomes more commonplace, companies are going to look at the infrastructure they have in place to address the office environment and wonder if they need it. When your needs reduce to having people fulfill isolated functions, then it makes more sense to hire them the old fashioned way, as contractors.

This type of employment means that you, the employee, receive a request from the client. You estimate the time it takes to do this, and thus the cost, and when they approve the bill, you do the work and then bill them. You take care of your own health insurance, equipment, and office space.

Contractors generally increase the competitiveness of a field because they compete directly with one another. The business selects whoever can do the best work in the shortest amount of time, with some variability for how much quality influences the value of what is done, and so the most efficient/effective people rise.

In turn, this makes the employee take on a less passive role: business owner. They are no longer someone paid to show up, but someone who takes money for completing a task. They can also work for multiple clients at once. This means that they will keep a number of options open and have multiple income streams.

With this development, we will see a shift away from the cities. If you do not have to commute, you will choose cheaper housing farther from the center of town, and spend more of your time at the house. If you are looking for multiple income streams, you will then expand what you can do like any business does to ensure steady clients.

Our future is not as workers, but as homesteaders. People will sell some of their labor to companies, but having more focus on the home, will also perform more of a role in their local community. They will probably, as was common a century ago, supplement this with income or income-in-kind from the homestead itself.

Soon you will see homes which function also as offices where someone both fills out medical forms for remote clients and sells fresh eggs, repairs small engines, or offers veterinary services. There is too much uncertainty in an interconnected economy, automation is going to obliterate the easy jobs, and most people are fleeing the disaster that is modernity and its overpopulation.

In other words, we are going from the megacity model back to Main Street, or people living in smaller communities in which they have a role. People no longer trust a remote economy to provide for their needs and are aware how businesses expand just like governments, becoming bloated and then looking abroad for labor.

With this model, even if everything goes wrong, you still have your homestead, which costs about a quarter of what your city house will. You have a large garden, maybe some livestock, and a workshop where you can at least trade skilled labor for other goods or services. You have a safety net of yourself.

Look at how widely and deeply our world is changing. Modernity, democracy, consumerism, and individual rights no longer inspire belief from others, but skepticism. Our relentless abuse of the environment is manifesting in disrupted jet streams and extreme weather. Automation threatens to remove many jobs. There is a new Cold War on, with China and/or Russia, that is forcing us to discard our inefficiencies and become not just self-reliant but massively productive. Overpopulation guarantees that instability, war, and disease are in the future.

On the other side, good things are afoot. Factional warfare worldwide means the end of crusading for peace. Space colonization seems inevitable. The same skepticism that people have toward modernity and its methods also opens them up to seeing possibilities that were considered taboo just a few months ago. The end of modernity means that we are looking for not just another social order, but entirely different lifestyles.

Conservatives emphasize local solutions, hierarchy, a lack of subsidies, and shrinking government so that it is no longer a manager-babysitter but merely there for leadership. The market and society have caught up to that vision. People no longer seek one giant force to control everything but instead want to be independent from all these large forces and working within the organic confines of culture, tribe, and caste.

All of these changes point toward a different relationship with work. In the past, we were paid for doing the job, which meant 90% irrelevance and 10% productivity. Now that we see that jobs are not reliable, instead we want as much of our effort as possible to pay off in the most local, direct, and resilient way possible.

I Love Ann Coulter, But Trump Is Doing Better Than She Thinks | Global Holocaust