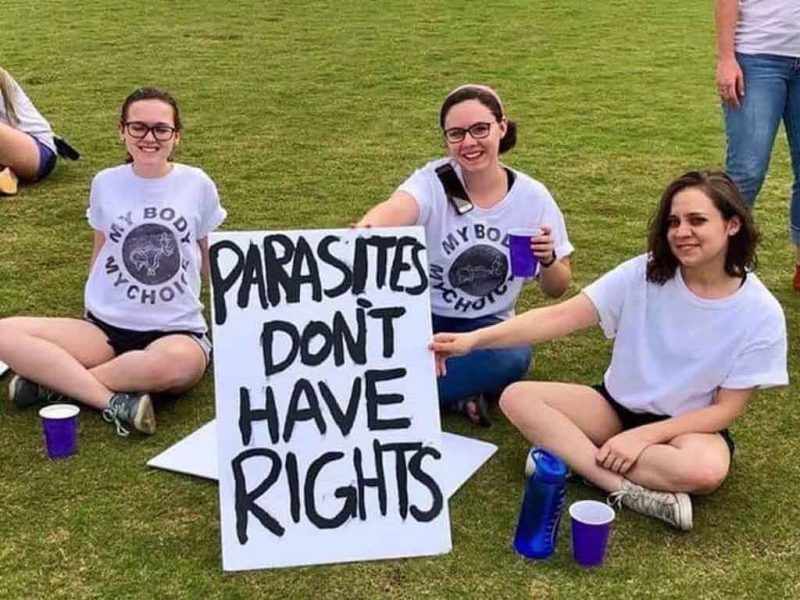 Humans use words to deflect from their unconscious intent. Most of the time we have no idea that we have such an intent, but it usually reflects biological desires that we cannot articulate or which would shock us, sort of like seeing our bones beneath the skin in a cut, with their raw functionality.

Hypergamy arises when a woman does not believe that she can have a functional family unit. She distrusts herself, believes she has low value as a genetic partner, perceives that she will not have a long lifespan, or lives under highly dubious conditions which make her anticipate an unstable future.

In such a position, she has no ability to negotiate. If mating is offered, she will take it. In fact, she will take as much of it as possible, trusting nature to sort the chemical and genetic compatibility from a cornucopia of semen.

Hypergamous women nearly universally believe in abortion because they do not trust their own decisions and want an escape valve, in addition to having a gut-level reaction to the being formed within them. Much as mice mothers eat babies of dubious genetics, human mothers abort them.

Miscegenation on the other hand occurs when a woman hates her origins and believes that her genetics are bad as a result. She sees herself as not just low value, but needing repair. These tend to come from homes which were dysfunctional and therefore abusive, conveying great instability.

A woman who wants to mix ethnic, social class, or racial lines seeks to repair a damaged genetic profile. She will invariably hate her family of origin and view them as insane. She intuits that something went wrong to produce dysfunctional parents, therefore erasing that line and starting over provides her only option for child-bearing.

Mothers who miscegenate may abort in what they perceive to be self-defense against the imposition of a burden to carry a child in the absence of a father, but are more likely to be donors to another tribe. They produce their children, raise them to maturity, and then return to the origin tribe of the mother, where she feels safer.

Western women show signs of abuse on a regular basis. If not sexual abuse by a parent or near relative, they are often targets for the rage of parents trapped in pointless modern lives. They are usually psychologically manipulated by parents who wish to maintain control so that they can pursue their own individualistic self-fulfillment, even if that ends up being illusory.

As the West has adopted more of a Me Generation (or “me first”) attitude, the nuclear family has become impossible. Family involves a give-and-take between parents and the needs of their spouse and offspring. That requires believing in something more important than themselves, a near-impossibility in dark egalitarian times.

Nature smiles on hypergamy and miscegenation because in every action, nature designs a lower limit and upper limit. The lower limit sets a boundary above which a species must perform to survive, and the upper limit triggers a self-destruct response because the species has become too powerful.

In other words, nature willingly passes along species to self-destruction if they do not demonstrate balance. In a balanced species, breeding will reflect incremental improvements; an unbalanced one will show impulsive tendencies like miscegenation and hypergamy, reflecting its instability.

Periscope (January 31, 2020) | This Impeachment Will Trigger Our Coming Civil War