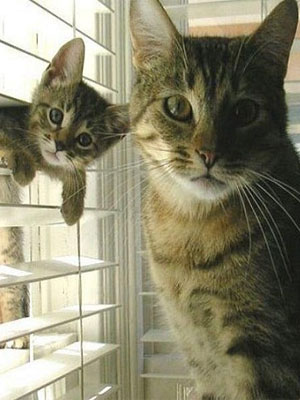 For as much as we brave moderns like to use certain terms, we specialize in failing to define them, or even better in perpetual readiness to obfuscate, deconstruct and subvert any definition.

A good example of this is the word “freedom.” It means you can do anything, except certain things that are bad (and this list changes constantly) and if people react badly it’s bad, and you need to be able to afford it, which you can’t if even a small group of people complain about what you’re doing. That’s “freedom.”

Another is love. Modern people do not understand love at all.

The ‘woodsters try to sex this one up even further with the notion of lack of control. We already do this enough linguistically with the phrase “fall in love,” but Hollywood delights in the idea that people are compelled by lust or love to be with someone else. No decision required, just impulse.

Entertainers use this notion of love to separate it from love by obligation. Some people marry others for the money, or have sex for the money. We’re not like that! scream the entertainers. We love for love. What does that mean? No one knows, but it starts with sex.

Lest this be thought a Puritan jihad, the real topic of this screed is familial love. We have no idea what it is. Parents confuse love for their children with being in control, and soon the former is subsumed by the latter, which means that when kids rebel they’re going to rebel against the whole package, since there’s nothing but control in it.

Familial love is also corrupted by a lack of knowledge of family itself. Is family an obligation, like financial love, where we are forced to be in cahoots because we’re related? Is it more like sexual love, where we desire each other as adornments to our busy lives? Many people view children as possessions, like BMWs that poop. Others go to the opposite extreme, and view their children as some ideological missionary work through which they prove that their viewpoint is correct.

The root of all this confusion is a lack of clarity about what love is itself. The instant we define it clearly, someone’s going to clone it and corrupt it. But even more, then we’ll all know where we stand relative to having it. Better to keep this ambiguous, especially since even the clearest definition only applies to those smart enough to understand it. If there are subtle distinctions, everyone else will misinterpret it or twist it toward their own convenience. There is no universal standard of meaning.

Love conveys a power to us because it is unknown. We can manipulate others with it by offering it or threatening to withhold it; we can belittle them by claiming they don’t have it. It can become the goal of our society, which is very convenient because an ill-stated goal essentially means that we all do whatever we want and justify it by claiming we’re working toward that goal.

Other than our desire to use love as a means of control, there is another powerful reason why we do not know what it is. The answer is that love requires a subject and an object, and most people are comfortable only with the subject. They want to love, so that their lives have meaning; they do not want to love someone.

Loving someone is difficult. That person is not under your control. They will screw up. They will not be convenient. You will have to be flexible, and admit that there is a world bigger than yourself. That scares most people more than death; they’re content with viewing their own deaths as an apocalypse that ends the world. But if it continues? Then they have no control, and that scares them.

The essence of control is a fear of instability, but since the instability is within, a powerful denial to compensate for a lack of ability to fix the problem. Love is not necessarily the opposite of control, but because most control is exerted for the subject by the subject, love is pushed aside.

We could fix this definition and have a healthier world, but that would require us each giving up our independence somewhat. We like the ability to manipulate, control and deceive. Then when that’s all done, we pack up our toys and go home alone, islands in the mist of existential confusion.

Eat your heart out | Hybrid conservatism