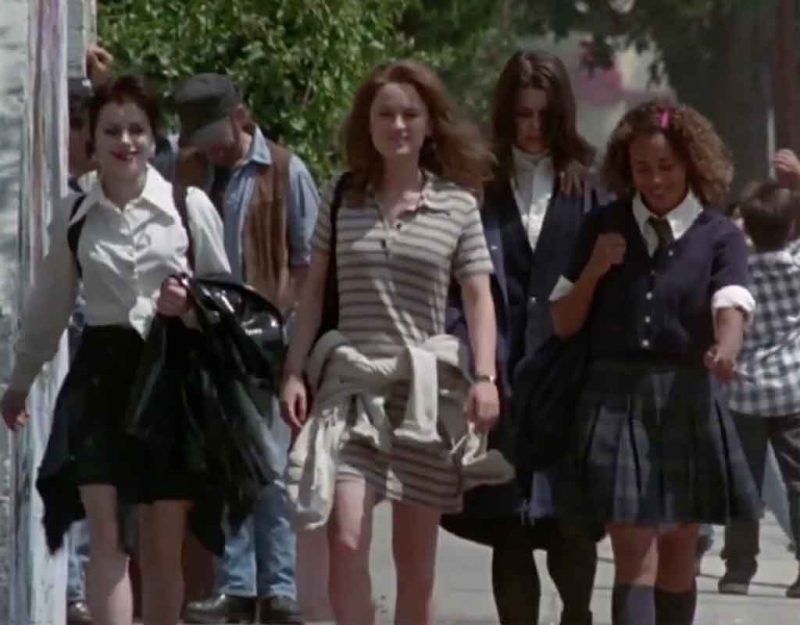 When democracy begins imploding, the remaining elements of oligarchy become more powerful because the demos — “We The People” — are unable to rule themselves.

These oligarchs rule at first indirectly, by giving funds to those who support the changes they want to see in the system. Over time and as the society decays, they take a more active role, since lobbying is no longer enough and the dead culture is no longer vigilant against excessive influence.

Right now, we have caught ourselves in a war between groups of oligarchs.

In the West we have those who have made big money on the changes wrought in the 1960s: diversity (starting with the Irish), entitlements, and an unelected regulatory state that creates many if not most jobs.

In the East the usual story of the third world applies, namely that a few people had the money to buy up all the resources, and everyone else works for two pounds of borscht and a bottle of vodka per day.

No one wants to say it, but the default state of humanity is the third world: highly individualistic societies where almost nothing is invested in shared institutions, and consequently these are corrupt and extractive.

Your third world human “owns nothing and likes it” because there is no point owning anything; it will simply be stolen, anyway. He has his phone, hut, and enough spending money to get well-lit a few times a week.

Within the US and EU, many want us to go further into a third world state because it guarantees their power. An unholy alliance between the Left, big financial firms like BlackRock, and the unelected bureaucracy has taken us to ruin.

They want to go further and be like South America, where a tenth of a percent of very wealthy people rule over a vast herd of impoverished people, and even the middle class is just poverty with bigger televisions.

Asiatic tyranny invented this model even before Genghis Khan. The problem with humanity is that when a society succeeds, it gets too much humanity, and therefore managing those people becomes its focus instead of its actual problems.

The gross underlying fact however is that oligarchs and tyrants are incompetent at anything but seizing money and power. They cannot wield the sword that they abscond with, and so once they take control, they ruin everything.

This is why most of humanity dwells in poverty: it does not take the affirmative step to cast off these clowns and the many clowns among the voters, because doing so would mean having social hierarchy, which is unpopular as a notion despite working better than mob rule or tyranny, two states that seem to exist in tandem.

In the West, we have our own struggle to remove those who would push us toward third world status, and the seemingly enless pyjama boys, boxwine aunts, and increasingly strident diversity that wants to thrust us in that direction.

We suffer from alternatives simply because we have gone so far down the process of liberalizing our society that we cannot back up without rejecting the fundamental idea of egalitarianism, or that “muh everybuddy is equal.”

This creates a situation like WW1 or WW2 where there are no good guys.

In the second world war, Hitler wanted slightly less of the modern state, substituting a dictatorship for democracy and racial socialism for the entitlements state.

He found himself outnumbered by those who wanted liberal democracy, capitalism, market socialism, and civil rights; this compilation of known mostly-functional methods defined the postwar world because it fails less than the alternatives.

That still leaves us with it failing, just more slowly and less decisively than Communism, Fascism, and National Socialism.

Those of us who have looked at history critically see that we need to get out of this situation where we cannot reverse the steady progress of liberalization, equality, diversity, and other control systems which, by enforcing the power of the individual, destroy all shared institutions in the same way that third world does.

In other words, the things that we think are liberating us are enslaving us.

Those of us who oppose these belong in theory to the Right, but most Right-wingers have almost no idea what they believe in. They know they dislike diversity, but have no other conception of what it is to want an alternative to both the Leftist dominant paradigm and the captive Right-wing “opposition.”

Many still embrace bipartisanship, like their grandfathers did, not realizing that this simply means we always go farther Left.

We are now ruled by Leftists on both Left and Right because we have been going Left for centuries and now they control everything:

The militant left has seized control of the federal government, the news media, big tech, academia, Hollywood, the Democratic Party, most corporate boardrooms and even some of our top military leaders. The elites atop our nation’s institutions are working hard to redefine America and silence their opponents. They want to end the American experiment and replace it with a woke socialist utopia, and we are sitting around watching it happen.

Most Republicans in Congress agree, but many live in fear of speaking the truth in Washington. If you do, the Democrats will attack you and use it against you. Therefore, they tell us, it’s best to keep your head down, vote as directed, and be quiet.

I’ve been told there are unwritten rules in Washington about what you can and cannot say. You can’t tell the public that Social Security and Medicare are going bankrupt.

If you wonder why we have gotten to a point where the West is rotten, its Right and Left are united in war with Russia, and yet is still a better option than the East, consider that every nation is now Leftist compromised, just to varying degrees.

Despite the pretensions of the grifter-influencers of the Alt-Right, Putin is in fact a Leftist who is anti-Nationalist and even further Left than the Christian, market socialist, semi-capitalist, diverse, and democratic USA.

This means that we are caught between two bad options and while the ideal answer is “neither,” the immediate answer must be to oppose Russia which has sided with China who is also anti-nationalist and Left-wing.

The Dissident Right just debunked itself and has destroyed itself more thoroughly than parts of Ukraine have been ravaged by Russian fire. By endorsing Russia, it has acted against the principles of the Right and everything it wants.

By allowing itself to be hoodwinked by a series of grifter-influencers who take a contrarian and edgy position on just about any issue, it has become the same thing as the Left: a popularity contest based on revenge.

In doing so, it has bowed out and self-destructed. The Dissident Right is now dead; it died of becoming Useful Idiots out of a desire for revenge on the parts of the West that it hates. It showed itself unworthy to rule.

Instead, we will see the rise of a new Ultra-Right or at least realist Right movement that aims to avoid letting Russia-China destroy the world, and also to fix the West by rejecting the core of liberalism, equality.

Incidentally, NATO has outfoxed Putin here. They Husseined him, doing the same thing that Bush I did to Saddam Hussein: giving ambiguous signals on an invasion, they appeared to greenlight it, then attacked in retribution after it happened.

Democracies can only work through revenge or retribution because in an egalitarian system, no one can know better than any other; they can only retaliate when their “rights” are infringed.

The West has ruled the world through Bush I’s “new world order” of global finance, based in those nice retirement funds from BlackRock and State Street that enable people to survive our esurient taxes to fund entitlements for poors and minorities, since the late 1980s.

Now they turn that weapon on Putin, and he finds himself on the defensive, since he would not have embarked on this war — arguably a disagreement arising from the failed Nordstream 2 pipeline, as well as his ambitions to restore Soviet-era territories in order to have buffer zones against West and Far East alike — unless his economy was so shaky that he needed a way to distract and unify the quasi-democracy over which he presides.

As others have pointed out, the Russian narrative parroted by the Dissident Right is inaccurate, since NATO has not been encroaching on Russia; rather, Russia is suffering from its unpopularity in Eastern Europe after the fall of the Soviet Union:

The story goes more or less like this: After the break-up of the Soviet Union, NATO promised Russia it would not expand. But in 1997 it nonetheless expanded. In 2007, ignoring Russian complaints, it opened the way for expansion into Georgia and Ukraine. Russia was forced to react, hence its invasion and occupation of Georgia that year. Later, when the U.S.-sponsored protests deposed Ukrainian president Vitkor Yanukovych for abandoning the country’s pro-Western course, Putin again reacted, this time invading and occupying Donbass and Crimea in 2014. And now he is trying to take over Ukraine to head off American influence in the region.

But on this reading, it is NATO’s fault, driven primarily by the United States’ interest in expanding its sphere of influence, that Russia has lashed out, seeking to protect its own sphere of influence. This isn’t a novel view: It’s the position Putin himself laid out in a speech to the Munich Security Conference in 2007.

[T]he West has been a desired political direction associated with prosperity, democracy, and freedom–despite the limitations of Western liberal capitalist democracies and the implementation of that model in Eastern Europe. Being at the receiving end of Russian imperialism, many Eastern Europeans looked forward to membership in NATO as a means of securing their sovereignty. NATO, in other words, would not have “expanded” into the Eastern Europe if the Eastern European nations had not wanted it and actively pursued it.

Ukraine and others joined the West because its system, broken as it is, is still superior to the third world Asiatic tyranny offered by Russia-China.

No, National Socialism is not the answer, although it has fooled many for decades. It is still a motion to the Left. It will not hold back the Left.

The West has embarrassed itself with numerous cringe mistakes like pouring out Russian vodka and Lindsay Graham hinting that an assassination of Putin would be welcome, and continues to compound a humanitarian crisis by shutting ordinary Russians out of internet and financial services. This is dumb and cruel.

However, in the long term, Russia-China does not offer a better option. By making themselves Useful Idiots for that regime in a temper tantrum against the current leadership in the West, the Dissident Right just made themselves totally irrelevant.

COVID-19 may have been the Chernobyl of the West. It showed us that our leaders are incompetent and our system has failed because it relied on such leaders. However, Ukraine is the swan song of the Russia-China alliance.

I do not believe that this will lead to WW3 unless people are foolish enough to forget the lessons of WW1, but it is a watershed moment. It revealed people. It showed the West as decaying, Russia-China as dying, and the Dissident Right as a failure.

It is time to move on from all these things to more functional, hopeful, and future-oriented solutions.