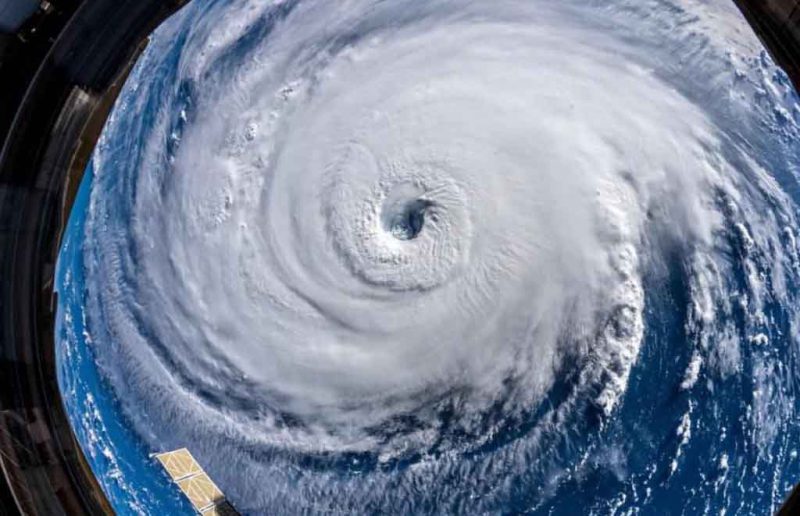 The didn’t name it Hurricane Donald, but the only question left in what passes for a hive-mind at the Washington Post is “LIHOP or MIHOP?” Florence, you see, is all Donald Trump’s fault.

…when it comes to extreme weather, Mr. Trump is complicit. He plays down humans’ role in increasing the risks, and he continues to dismantle efforts to address those risks. It is hard to attribute any single weather event to climate change. But there is no reasonable doubt that humans are priming the Earth’s systems to produce disasters. Kevin Trenberth, a climate researcher at the National Center for Atmospheric Research, co-wrote a May paper showing that Harvey’s cataclysmic wetness came from the unusually hot Gulf of Mexico water that fed the hurricane before it slammed into Texas. “Harvey could not have produced so much rain without human-induced climate change,” he and his colleagues concluded.

The LIHOP or MIHOP debate originated in the magical days of post-9/11 governmental distrust. Both were variations of the theory that the US Federal Government took down the Twin Towers at The World Trade Center as a Reichstag Fire needed to consolidate power over the masses. The USA Patriot Act was essentially in the can and required a trigger to get through Congress. OBL was just a convenient scapegoat who did terrorist things when he wasn’t actually screwing a goat.

LIHOP stood for Let It Happen On Purpose. This variant of the conspiracy theory is that Bush Knew and did nothing. All that time, Darth Cheney was plotting away. “W” could have stopped it, but was too weak or too complicit. If only he wasn’t a wholly-owned subsidiary of the banksters….(And the TARP Fiasco proves it!!)

MIHOP stood for made it happen on purpose. This take on 9/11 gets into how they arranged the whole Jewish Day Off in advance while they secretly stocked all the Dr. Pepper machines with dynamite in the back to blow out key support pillars in all the buildings they wanted taken out. Contra the whole stupid Bessemer Furnace thing, fire does not melt steel. The way Darth Cheney steered Hurricane Katrina straight in the direction of all those Knee-Grows in Chocolate City proves this assertion beyond any rational doubt. If you don’t believe 9/11 was an inside job, planed, staffed and executed out of the GWB Whitehouse, then you are in league with (((Them))).

Now, another evil Rethuglican Prezident has dusted off the Cheney Weather-Steering device developed as bespoke technology by DARPA. You see, Puerto Rico was just a wargame. Apparently Donald Trump was happy with the results, and has learned lessons from the shortcomings experienced during that operation. With Florence heating up in Atlantic, it is now time for Operation Tropical Combover.

Scientists also warn that climate change may be slowing the wind currents that guide hurricanes, making storms more sluggish and, therefore, apt to linger longer over disaster zones. Tropical cyclone movement has slowed all over the planet. Harvey’s stubborn refusal to leave the Houston area was a decisive factor in its destructiveness. Florence may behave similarly. And human-caused sea-level rise encourages higher storm surges and fewer natural barriers between water and people.

You see how Trump is winning? I hope you’re not tired of it yet. ‘Cuz The Donald is pouring it on!

With depressingly ironic timing, the Trump administration announced Tuesday a plan to roll back federal rules on methane, a potent greenhouse gas that is the main component in natural gas. Drillers and transporters of the fuel were supposed to be more careful about letting it waft into the atmosphere, which is nothing more than rank resource waste that also harms the environment. The Trump administration has now attacked all three pillars of President Barack Obama’s climate-change plan. The president has cemented the GOP’s legacy as one of reaction and reality denial. Sadly, few in his party appear to care.

It’s a shame Barack-Daddy isn’t here to save us. Absolutely no environmental scandals occurred while Obama was in office. And absolutely nobody ever blamed St. Barack when they did. But now that The Big, Orange-Face Honkey-Gorilla is in office, the environment now exists again and has problems. Big problems.

So instead of who and whom, we get LIHOP or MIHOP. LIHOP, if all of Trump’s executive order rescissions and energy policies took down that magical wall with moats and alligators that President Obama had successfully erected between the environment and any greedy business that plotted how to do it more harm. Trump let it happen when he gave those people jobs to drive to. They weren’t releasing all that CO2 on Food Stamps, Man! Trump let it happen when he told them they could have a life. You breathe when you have a life. Higher GHG emissions which imply more hurricanes is the result of not having White Communities die off fast enough. Kevin Williamson and every other #NeverTrump loon would nod in solemn agreement.

But what if Trump was EVIL rather than merely oblivious? Do you really think it was an accident that those Methane regs got scrapped right before Florence. Did Freud ever really think that sometimes a cigar is just a cigar? Wilmington, NC votes pretty Democrat on Election Day. And I’ll betcha it floods the crap out of Cary as well. Trump believes this will serve all those pointy-heads at Duke, NC State and UNC right on that one. You can’t look at the projected track of Hurricane Florence and not see the obvious MAGA connections.

So I for one am glad big media is here to save us from envirodoom. If Trump were really gonna Make Amerika Great Again, he’d drop the nukes into the cracks of doom over at Yellowstone. None of this ofay, whitey hurricane crap. Or better, yet, I know why Trump wants a space force. You get three guesses, the first two don’t count. It can only be one thing. The Sweet Meteor of Death. But do you really trust him to only target Librawls? Oh well, a guy can only dream…

What Is The Trump Slump, And How To Fix It | Globalist Narrative Collapses As Forced Diversity By Immigration Implodes