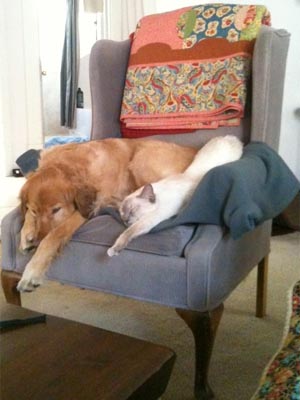 Nobody wants to be humble. It seems not a thing to aim for.
Weak, wishy-washy, lacking in get-up-and-go, etc.
But is that what it is? Maybe not. Maybe we should take a look at this…

The opposite of humble could be arrogant. And what does arrogance have to recommend it?
So we have two seemingly undesirable states here. Which to choose?

Why choose at all? To aim for either one would be to surrender the state we actually possess, and to go after one we do not. Which might be called development, or, depending on how we look at it: regression.

Both states are actually where we might end up, as a result of a process. They are consequences, not causes. Letâ€™s see…

I build a tower. It falls down on my head. I get a big lump on my head. This is a consequence of not building the tower well enough. It hurts.

I build a tower. It falls down, narrowly missing my head, not by design, but by sheer good fortune. The tower is demolished, which signifies failure. Yet I escape a big lump on my head. Which enables me to try again to build a tower that does not fall down. I feel fortunate, and have a new respect for the dangers inherent in tower-building. I have humility.

I build a tower. It falls down on the head of my enemy, who gets a big lump on his head. It hurts. I decide I built this tower specifically to achieve this effect. A brilliant piece of planning and execution. (And delusion). I build more towers, to fall upon the heads of more enemies. I am arrogant.

The tower stays up. And I decide a higher power aided me in this achievement.
â€œBy the Grace of Godâ€, I declare. Humility.

The tower stays up. I decide I am a genius. Arrogance.

There is a third way: Detachment.
The tower stays up. I survey my work, feel appropriate satisfaction, then go off to clean out the soiled cat-tray…

There is a hierarchy here.
Arrogance: to make more of myself than my achievement warrants.
Humility: to realize that many things are beyond my control, and to accept that.
Detachment: to do my best for result I hope for, and then to move on to the next job.

The first is out in Left-Field. This sort of fantasy commentary can go anywhere at all.
The second is more desirable, but somewhat limiting.
The third is probably the most useful: to do what I can, see what happens, then be ready to do it again.

It is said that humility is a good thing. And that may be so. As long as it is true humility, and not merely the appearance of it.
It is said that arrogance is a bad thing. And this may be so. Although the appearance of arrogance may not actually be arrogance, at all.
Detachment? Such a state is its own reward. It has no appearance. It exists or it does not. A neutral state that observes results. Not a bad thing to go for. Balance.

So you see: I started out to make a case for the value of humility.
And ended up making a case for detachment, instead.
Which goes to show, that, clever as I am, I am forever unable to stick to a plan.
Which is why I favor detachment: wherever it goes, I deal with the new reality I have arrived at.
Knowing I do not control where things ultimately go.
Knowing the best I can do is to influence events.
Knowing that no result is a guaranteed one.
Knowing my own limitations, and, suddenly, seamlessly…

I have arrived at humility.