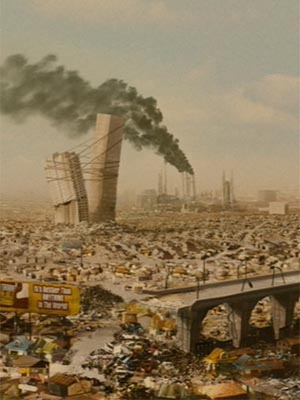 When you live in a dying time, you are told many things about history. You are told to rely upon those ideas as truths. Only later do you learn they were propaganda, constructed to manipulate you toward thinking in a political way.

Conservatives tried to keep our time from becoming a dying one. Tooth and nail, we fought the dominant idea of liberalism, which is that we need “equality” and therefore, society needs to cater to the subjective desires, judgments and fears of the individual.

What rose out of those liberal ideas was in fact the most powerful, destructive and inescapable form of control ever created. Kept in power by popular notions and our fear of speaking against such good-sounding terms as “equality” and “freedom,” it enforces conformity.

With the fall of the Soviet Union, it was able to unite the social and political systems of East and West and form a new system of equal parts consumerism, anarchy, socialism and totalitarianism. Its sole goal is to create equality so it can manipulate many identical citizens into mass conformity and obedience.

It does all of this in the name of freedom, and hides behind its different parts.

It’s hard to oppose something that is so permissive and based in good-sounding things like equality, freedom, justice, peace, harmony, love, pacifism — wait a second, it can’t support all of those things! Exactly: its fundamental idea is social disorganization.

Social disorganization allows it to endorse the flavor of the day at the surface, and underneath the skin, to keep working toward its ultimate goal: fracturing all of humanity into equal granular parts so that no organized social order exists.

Lack of social order gives the most control to those who have authority, money or media power.

The idea behind this new kind of civilization is decentralized control. Instead of having a king, we have a political system that is mostly theater performance. Behind the scenes, oligarchs and politicians manipulate us.

We are easy to manipulate — we have two polar opposites:

The goal of our system is to smash down everything that keeps you from being an average, identical and compliant citizen. Culture, values, religion, and even personal integrity must go. We must be equal, because the quest for equality is what justifies the power of the system.

Ask a crowd of people how to fix strife and they will inevitably not know, argue a lot, and make a compromise which is to give everyone a voice. Democracy. Equality! It’s a universal solution for human problems, like calling a committee meeting or having a show of hands.

Except it doesn’t work. It becomes the surface part of our political equation, and forces another layer to arise. People vote for what is popular, and nothing complex or unpleasant can be popular, which means voting denies over half of reality. It is by nature delusional.

Liberalism, leftism, anarchism, socialism, communism, Marxism and all other political ideas based in the freedom of the individual are parts of this modern system. Their goal is to maintain power by making us all equal. They do not like to mention that equality is conformity, being average and uniformity.

Equality is conformity. When we all have equal amounts of power, no one can disturb the system. That is its brilliant invention. Equal people can only do what others do. There is no deviation, and if anyone deviates, he or she will be punished by the others who fear the loss of their equality.

Do you ever wonder why all our enemies are compared to Hitler? He’s the Emmanuel Goldstein of the real world.

Do you ever wonder why all of our wars are fought for freedom and democracy, yet never seem to result in the same?

Globalism is liberalism. Liberalism is equality. Equality is — like the promises of salesmen, the lies of one-night sex partners, and the memes whispered in a crowd — exactly half of a truth. We will all be equal, but the other half is that equality makes us easy to manipulate as a herd.

This movement arises fear in the individual. Individuals, afraid of consequences in life, demand power. They form a crowd that is half lynch mob and half riot, and they demand equality. They invent liberalism and equality to gain power, but power is their goal.

I call this movement Crowdism, and it creates liberalism and infests all other ideologies like a mental virus. It uses liberalism and globalism, which amount to being the same thing or at least methods of each other, to achieve total control — all in the name of equality.

Since 1789 and the French Revolution, liberalism has become the dominant force in world politics. During the Cold War, both sides agreed in theory that the purpose of government was the equality of the individual. Now they have merged, and the result is global liberalism, or globalism.

Conservatism is the opposite of globalism. We do not support equality; we support wisdom that comes from an understand of balance, the patterns of nature and the hierarchy of ability that makes us function as a species, much as the organs in our body or species in an ecosystem have a hierarchy.

As you watch globalism wreak havoc across the world in the name of its ideology, which is liberalism, you will want an option to this seemingly unstoppable all-consuming system. The same option has been there for centuries, but you were told to avoid it, so you do not even know its name: conservatism.

The art of commentary | Humility