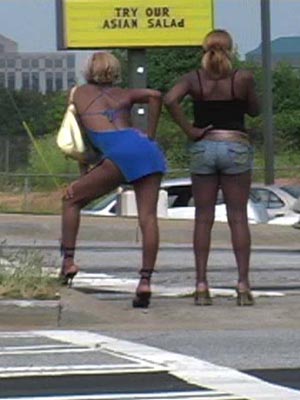 A word from experience: do not emulate your enemies. They are better at their tactics than you are, and they are your enemies because you are from the opposite side of the values spectrum. Otherwise, you’d be allies.

At GROIN we have for some time lamented the tendency of MRAs to merely imitate feminists, initiating the process of becoming a leftist movement and thus, following the same path that led us to the place which MRAs find so objectionable.

In fact, they will get very angry and say nasty things about you if you criticize them, much like leftists. Their view is not a realistic one; it’s an emotional view. If someone has something they don’t, they want to make themselves into victims and use that victimhood to demand “equal” or greater treatment.

It’s a tempting narrative because it is the dominant narrative of our time. Since the French Revolution in 1789, the name of the game has been to construe yourself as a victim, and gather other victims together to overthrow your leaders and take what they have.

This has of course had mixed results, because it’s not a plan so much as a tantrum, trend and social fashion combined. In fact, it is the direct ancestor of feminism, which is (you got it) a movement based on victimhood and joining victims together into an ad hoc army of the righteous.

The problem with the current movement is that it is attempting to play by the rules of its adversaries. MRAs seem to have said, â€œGee, look how successful the feminist movement was! If we do the same thing, but with menâ€™s rights, we should get the same result!â€

This approach has given us a menâ€™s rights movement thoroughly steeped in the vocabulary and tactics of radical left-wing activism. As itâ€™s currently constituted, it is doomed to have close to zero impact on the world outside of itself. The tactical and strategic environment that MRAs must fight in is completely different from the world in which the feminist movement lives. – In Mala Fide

MRAs are moving in a circle. they are upset at feminism, which is a result of liberalism, so the MRAs are demanding liberalism be extended to men. The result of that will be the state immediately before feminism, and so feminism will be re-created.

This is the only way to escape the same pattern coming up over and over again. I don’t think most MRAs honestly want to break free, however. They just want to join a long list of victim’s movements and get “their share.” And as for the future? They’re not thinking about that.