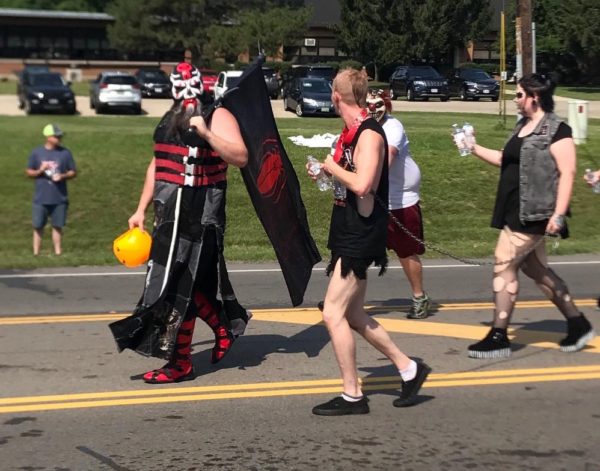 Perhaps you are tired of hearing about hubris, a concept which like all good ones is easy to grasp but has many nuances. Who wants to hear that there is an order to nature, and human order imitates it, so we have a hierarchy based on intelligence and moral character? This means that most of us are Indians and there are only a few Chiefs.

The point of avoiding hubris, however, is that then each person finds themselves in a place where they are both not threatened by excessive competition, and able to excel in what they do. A peasant acting as a king would fail; a peasant as a peasant is within his element. Balance, order and sanity are restored.

Human history resembles a cycle by which people come along, ignore the natural order, rise above their place in the hierarchy, and then destroy not only themselves but the work of others. Great tragedies come from this, including the eradication of entire civilizations. This is why the ancients identified hubris as the core problem of humanity.

Perhaps the most famous tale of hubris is The Odyssey. In it, Odysseus is praised for being a crafty, wily, cagey and sometimes deceptive man. But before he can be at peace with his powerful intellect, he has to get over the arrogance which he displays as a kind of “tee hee I’m so clever” hipster-style behavior. The whole point of the book is his voyage to conquer himself.

The Bible references hubris as well, carrying that ancient idea into modernity. In the Garden of Eden, when Adam and Eve eat of the fruit of the forbidden tree, they are attempting to gain the knowledge of God, which would be rising above their place in the hierarchy. Their hubris gets them exiled from the garden.

In another story, King Ahab — one of the “bad” Jewish kings that coincide with a rise in pretense in the nation — made himself notorious by marrying a pagan woman, Jezebel, and turning toward worship of idols, which are physical objects pretending to be gods. Idolatry is important because it confuses method or symbol with purpose or goal.

When the purpose of an act is to worship the divine, and the method of worship, which is fashioning a symbol or a symbolic object for the divine, becomes confused with that purpose when people worship the idol instead of the divine, religion has been inverted. In ancient cultures, they were well aware of the risk of finding facts to fit a theory instead of a theory to fit the facts, and that is exactly what inversion is.

Ahab gave his name to one of the most distinctive characters in Western literature. Captain Ahab, who destroys himself and others in pursuit of a white whale, provides the archetype of modern fiction: people caught by the lure of hubris, pursuing some object that gives them power so that no one can tell them what they cannot do. It is the quest for freedom, revealed as the lust for power that it is.

To realists, freedom is kind of a bad joke. We recognize that most people need only a small amount of leeway to be happy, that they need a goal, and that some acts are destructive and must be minimized if not outright prevented, and so “freedom” is a substitute for doing what is right, which is to encourage the good and discourage the bad. But humans perpetually seek freedom, a kind of hubris in that they are no longer restrained to act exclusively within their part of the hierarchy.

Moby-Dick was probably the inspiration behind The Lord of the Rings, J.R.R. Tolkien’s study of the pursuit of an object that grants unlimited power to its wearer. This ring represents the human lust for hubris and having no one who can tell you what not to do. And yet, having people who can tell others what not to do is the basis of not just value systems but hierarchy itself.

The ring reveals the nature of our desire for power, which is really a form of hubris:

In The Lord of the Rings, J.R.R. Tolkien writes about a mysterious ring that essentially dominates the minds of those who possess it. Many theories have been written about the ring and what it symbolizes, including that it is a metaphor for technology or even language itself. I suggest that Tolkien told us exactly what the ring meant: it is referred to as “the ring of power,” and power is what it wields. We might describe power as meaning the ability to control without a natural parallel, or power for its own sake. This separates the type of power the ring wields, which is a freedom from natural consequences, from the might of a king which involves nurturing what exists and improving its prospects. The ring allows a person to detach from the rules of nature and in secret — because its power hides them from view â€” doing what they wish for themselves alone.

The irony of the ring — based loosely on the tale of the ring of the Lydian Gyges in Plato and the ring in the Nibelungenlied — is that it changes its wearer. They gain power, invisibility and immortality but in turn, they become servants of the ring because it replaces their motivation toward life with a will for power alone. Hubris destroys civilizations and makes us all slaves to the false hierarchy of power, in which there are a few in control and a vast mass of equals who are used as a mass.

The one consistent attribute of power is that it requires turning the rest of the world into a means-to-the-end of the perpetuation of that power. It is an addiction. We can all imagine a king in this position, but more commonly, each individual desires power, and if they take the path of hubris, they are then forced to fight to maintain their status, like a gang member in prison.

Nowhere is this made clearer than in the parable of Saruman in Lord of the Rings. Born a wizard, he sought to rule Middle Earth along with arch-nemesis Sauron. This quickly led him out of his depth, and Sauron — who had even less of anything in his soul besides a lust for power — quickly manipulated Saruman to his doom. Thus it always goes, when hubris is the agenda.

Caucasians Awaken To The Threat Of Modernity | Podcast Episode #10