How to properly show solidarity with France 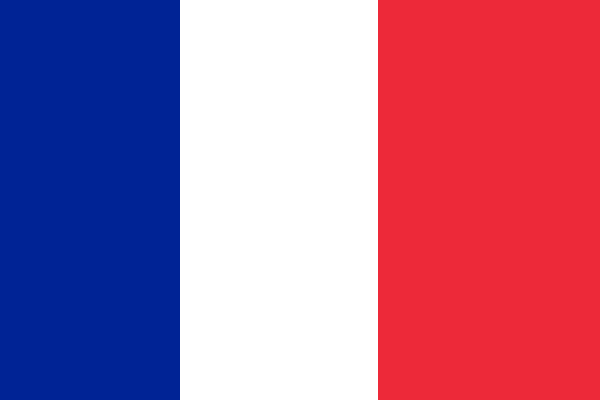 A lot of people have suddenly realized that they should show solidarity with France. Itâ€™s nice of them to tune in. They so endeavor for two reasons.

Something genuinely horrible happened in Paris this Friday. Several hundred French civilians were deliberately targeted and slaughtered by Muslim radicals who indiscriminately (and with impeccable multiculturalism even), gunned people down in a spirit of true egalitarianism.

The political and governmental policies that made this possible are near and dear to the hearts of much of the Post-modern West. When Marco Rubio and Charles Schumer were contemplating bi-partisan comprehensive amnesty reform, Senator Rand Paul attempted to add an amendment to the bill that would screen people to avoid having terrorist organizations use a comprehensive amnesty reform as a Trojan Horse. Hereâ€™s the bi-partisan response his amendment got from the politico-corporate elite :

â€œTwo, three years ago, I introduced a bill, or an amendment, to the immigration bill that would have provided for more scrutiny of people coming into our country: refugees, immigrants, students,â€ Paul said, when asked about his response to Fridayâ€™s attacks.

â€œThey would have had background checks and they would have had a much higher degree of scrutiny. And the point I made in my speech was, I introduced this to Rubio and (Democratic Sen. Chuck) Schumerâ€™s immigration bill and then Rubio and Schumer and all of the authors voted against any conservative amendments. And I think that was a mistake, not only for the bill, but also for our national security.â€

So almost 200 mostly undeserving, very mundane people have been burned on the funeral pyre for the sake of open-borders, population replacement and a nice, big reserve army of the unemployed to reduce corporate labor costs. Therefore, a lot of guilty and disingenuous people want to put French flags in the background of their Facebook profiles and wear ribbons to commemorate the people who were sent to the slaughter because we were all so open-minded that our collective brains fell out.

So this new found appreciation of the French People is touching. So is the pedophile that does really vile things to the neighborâ€™s five-year-old. But that bit of snarky nastiness brings up a valid question: What if I really do empathize and grieve for the innocents blown up and gunned down in Paris? How do I legitimately show solidarity with those whose deaths I verily lament? JPW is very happy you so inquired. Hereâ€™s my Mizzou Manifestoâ€™s worth of suggestions.

Adopting the JPW program for dealing with ISIS and all other JV squads suiting up to help the world burn would show far greater sympathy and remonstration with the grieving victims of French Terrorism than lots of French flags on Facebook and at NFL stadiums.

To prevent those who have died from dying in vain, we must set an example for the rest of the world by rejecting the ideals of equality, liberty and fraternity that so inspire ISIS to believe that terrorism is an obviously good tactic to deploy against the West. The question for our leadership becomes which is politically and morally easier; protecting our people or letting the politically and financially lucrative conditions that make innocent Westerners such fun and easy mass terror targets remain in situ?

How our society answers this question will tell you how much the elites who lead us really care about victims in France or in either of the Twin Towers.

How progressives enforces omertÃ  | The importance of civilization