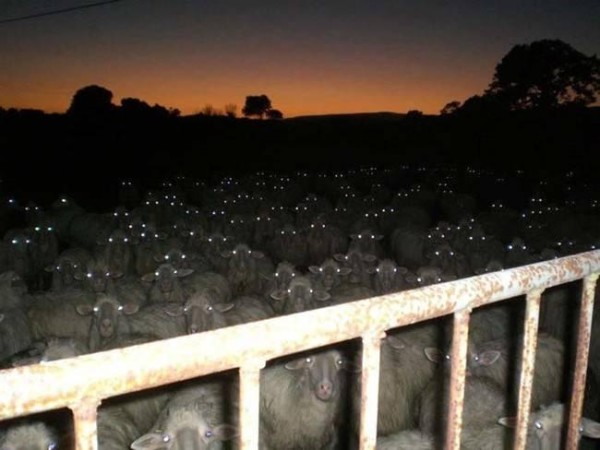 If the sins of Exxon-Mobil were not immediately met with condign and harrowing punishment then the world would spin properly upon its axis. According to Amerikaâ€™s Eva Inevitable, Hillary Rodham Clinton, Exxon-Mobil Corp has withheld data on climate change.

U.S. Democratic presidential candidate Hillary Clinton said on Thursday she believes the U.S. Justice Department should investigate the failure of Exxon Mobil Corp’s to disclose data related to climate change. “Yes, yes they should … there’s a lot of evidence they misled people,” Clinton said replying to a question by climate activists after a campaign event at a community college in Berlin, New Hampshire.

This statement contains enough male bovine scatology to fertilize the typical cow field. Only Vladimir Putin, Iran and Saudi Arabia would benefit more from the immediate price hike in fossil fuels then Exxon Mobil if we really got serious about rationing energy in America. CO2 emissions are best curbed by idling factories. Factories are most easily and peaceably shut down by the creation of artificial scarcities in the energy market. Artificial shortages are premium opportunities to price-gouge consumers. Therefore Exxon-Mobil starts sharpening the corporate switch-blade every time some flap-gum egghead tells us how we need to be punished with higher energy prices. The only data Exxon-Mobil should logically withhold as a corporate strategy would be data that quantitatively disproved Global Warming.

So nobody with an IQ>80 should believe Hillary Clinton doesnâ€™t know in her heart and mind that a) Climate Change is nonsense and B) Exxon Mobil makes a lot more money propagating the same recycled tripe Hillary is pedaling to her base freaknoids then they would if the truth set us free from price-gouging by the oil industry. Exxon Mobilâ€™s sins are of a deeper and darker nature than merely aggressive unethical capitalism. They have stopped paying their protection and could possibly even break OmertÃ .

No, not that OmertÃ , silly. Vinny The Toe-Cheese Morbito wonâ€™t be collecting from them for The Outfit. Hillary, however, fully expects their payment with vig. You see Exxon Mobil and and five other corporate heavy-hitters have stopped donating to The Clinton Foundation. And, this my five or so constant readers, is the type of climate change a Progressive actually cares about fighting.

On Sept. 26, CGI, a branch of the Clinton Foundation, convenes its 11th annual meeting with a star-studded cast. Bill and Chelsea Clinton will be joined by Ashley Judd, Charlize Theron, Edward Norton, Ted Danson, Tina Brown, Neil deGrasse Tyson, Sir Richard Branson, Bill Gates and George Soros. What will be missing is more than a million dollars from a who’s who of corporate behemoths that sponsored the meeting last year. Six high-profile firms ended their cash donations, to be replaced with only one similar high-profile corporate donor so far. USA TODAY has confirmed that sponsors from 2014 that have backed out for this year include electronics company Samsung, oil giant ExxonMobil, global financial firms Deutsche Bank and HSBC, and accounting firm PwC (PricewaterhouseCoopers). Hewlett-Packard, which just announced major layoffs, will be an in-kind donor instead of a cash contributor, and the agri-chem firm Monsanto has cut back its donation. Dow’s name is missing from the donor list as well, but the chemical company’s exit is not confirmed.

Bill, Chelsea, Ashley Judd, Charlize Theron, Edward Norton, Ted Danson, Tina Brown, Neil deGrasse Tyson, Sir Richard Branson, Bill Gates and George Soros all have one unifying, deeply-held political principal close to their hearts. They donâ€™t talk about how swell and wonderful you are until their happy arses get paid. This is where the vile, corporate greed and filthy lucre of Exxon Mobil becomes a true thing of E-Vil! None of that filthy lucre is fueling the engines of Progressive self-regard.

The Clinton Foundation might as well be a termite hotel without it. Bill, Chelsea, Ashley Judd, Charlize Theron, Edward Norton, Ted Danson, Tina Brown, Neil deGrasse Tyson, Sir Richard Branson, Bill Gates and George Soros have all been told to go vampire off of someone elseâ€™s neck. The protection racket doesnâ€™t work if the intended targets politely decline your protection and donâ€™t make their payments. Thatâ€™s why there is an individual mandate tacked on to ObamaCare. Nobody with two brain cells to rub together would want Obama to care otherwise.

The only way to prevent the whole protection racket from unraveling is to create a few unfortunate happenstances that make sad, pitiable examples out of people that donâ€™t remember to pay up. So Exxon Mobil is guilty of attempting to change the climate. They were attempting to change the Progressive Climate of Fear. This just canâ€™t be tolerated. The Spotted Booger-Fish could go extinct tomorrow. The ecologically vital Clinton Foundation must be defended at all costs.

Thus Exxon Mobil will get tied to the whipping post. As someone who believes Global Warming is a dishonest religion that is the academic and political equivalent of Scientology, Iâ€™m not shedding very many tears over Exxon. They, like Enron, were ready to climb into bed with Al Gore, Michael Mann and the rest of the IPCC charlatan show so that they could price-gouge consumers of energy to fare-thee-well. They lay down with the Progressive dogs, they can try eradicate the Clintonista fleas. Think of it as an object lesson. Once you throw in with the Progressives, they will never let you go as long as you still have something left that they can leech.

Us versus Other | How to properly show solidarity with France