The importance of civilization 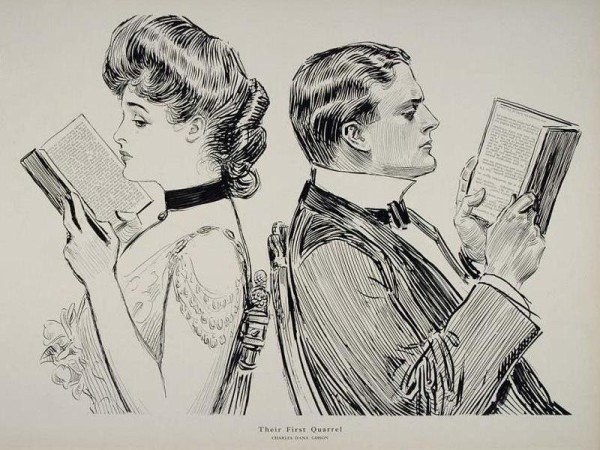 The utilitarian assessment is usually wrong. For the price of Budweiser, we could have good beer; for the price of fast food, quality food. But profit is made by cutting expenses and increasing advertising to lure in the masses.

Conservatism, Inc. — the Republican party in the United States, its counterparts in Europe, and their media hive — follow the same model. Real conservatism means taking on the illusions of liberalism, but that can entail failure, so it is safer to merely be the opposition party and rake in those donations.

Not only is the above not conspiracy thinking, it is sound economics. In a time where politicians depend on voters as representative of a certain number of dollars, and no culture exists to keep people honest, count on self-interest as the dominating force.

Mainstream conservatives have created a myth for themselves: as individuals, work hard and get ahead, do what is right, and go to church. Ignore others. You succeed at their expense if necessary. Not only is this morality, but also Darwinism. In nature, the best try to rise above the rest.

In the end, this results in the kind of groups we see across the third world: a few rich white people at top, ruling over the vast toasty masses who are illiterate, low IQ, mixed-race and generally dysfunctional. The third world would not be in the mess it was in if even a plurality of its people were capable.

The glitch of this is that it entails giving up on civilization. Society comes to serve the individual, and some rise to the top and live a good life, but only as slaves. They are slaves to their businesses, dependent on their private security, and have to keep a low profile so the surly groundlings do not riot and overthrow the government yet again.

In the airport at a nearby city, every time there is a revolution in South America, we see lots of people in the duty-free shops, speaking Spanish and buying luxury items. Generally they appear Spanish, but over time, they have become darker and more Asiatic in appearance.

What happens is that as the civilization goes, so go its elites. The people who rose to the top by beating out others now exist in a “bubble world” of their own wealth and social group. They become bored, selective outbreeding occurs, and soon they are “white” in name only.

Even more, they have ceded civilization. They cannot enjoy the simple pleasures of walking down a village street, or going to the market, or relaxing. They are always targets, aware that the masses over which they rule not-so-secretly hate them and will rape, rob, kill and maim if given the chance of a few seconds.

This is why mainstream conservatism fails: its answer is not to fight, but to protect the individual, and in so doing, it makes conservatives a target. In Russia and France, such people were executed. In South America, they live in fear, and now in the United States and Europe they are realizing that even their gated communities depend on rule of law, public services and some governmental competence.

Conservatives have abandoned civilization for too long. An oncologist would recognize liberalism for what it is, a parasitic organism comprised of the lower echelons of society attempting to destroy the higher. It has no more complex ideation; it is simple resentment, based on the universal tendency of every group to clobber whichever other groups it can dominate. Because its members are less brave than socially crafty, it works entirely through passive aggression, at least until it has the numbers to go on the usual murderous rampage.

Yes, you can beat the system. You can be rich and rise to the top. You can beat out all the surly groundlings. But you will forever also be a slave. You will work long hours and never be able to relax. Eventually, you will be absorbed by the genetics of the people below, and never reclaim what once made you proud of yourselves.

The only conservatives to realize the truth of this matter so far have been the extremists. Hitler dreamed of a thousand-year Reich to rival the ancient Greeks; Mussolini saw the restoration of Rome; today’s New Right sees a revival of European civilization as a world leader. All of these miss the point however, which is that the goal of civilizations is to avoid self-destructing genetically.

You may not particularly like your lower-caste neighbors or their ways, but they are part of the same ecosystem as you are. You share biology. Their steady path upward through Darwinism, with the best rising and the rest falling, provides future people to serve those roles and maintain civilization. Wealthy elites cannot do that alone, as the collapse and genetic absorption of South America shows us.

If conservatives are to ever have hope again, it is in abandoning this slow retreat. Realize that we either take over civilization and point it toward health and qualitative improvement again, or we are lost. You personally may avoid it, and your children even, but then you will be destroyed, and all of the history of your people and that once-possible greatness will vanish forever.