How to hide a great idea in plain sight 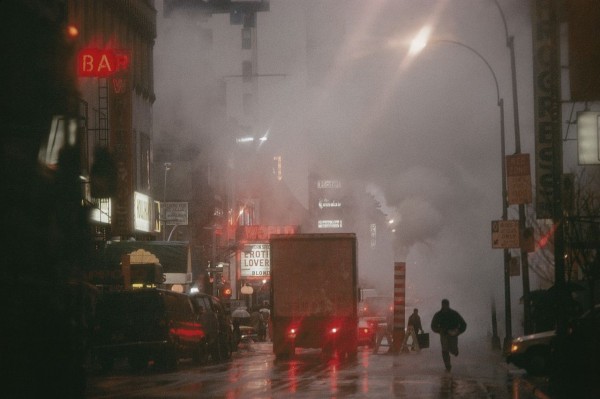 Leftism provides an excellent source of study if you want to excise neurotic behaviors from yourself. Find out what they do and why, and then discipline yourself to never get to that “why.”

Its greatest triumph has been to hide ideas in plain sight by making them socially unpalatable. In fact, that is all that it has done. It hides the most profound idea of any age, then forces its will on society that no one consider that idea, and then asks, “Well, I guess we need something new — what now???”

The urgency and demi-panic are necessary. The herd must be whipped into action, driven to make a quick and unconsidered decision, because that decision forms the carte blanche that will be used as the basis for future liberal decisions. Once you start, you can never stop.

The two methods liberalism uses to hide the most profound ideas in plain sight are: deconstruction and deflection.

Deconstruction destroys whole ideas. Most great ideas are based on wholes. How does, for example, a new choice affect society as a whole. Liberalism tears this down by using areas of society that no one wants to harm: but how does that affect the poor? women? minorities?

Deflection replaces those ideas with crazy ones. If you say that your idea benefits society, liberals ask if it is morally well-intended. Well… that’s a black hole. Morality is for the individual, not society, which just tries to be fair (good to the good, bad to the bad). And well-intended? Society is concerned with effects. But by now, the dialogue and debate has run down a decidedly more liberal course…

The plain truths through history have been hidden in plain sight. This is because they need to be hidden, for anyone but the best people to take control. Liberals have their own control agenda and so their goal is to obliterate truth, replace it with ideology, and then seize power.

We can use a number of examples, but a good one is the nuclear family. Liberals won’t admit they hate it, but they’ll do their best to turn up the intensity of every other lifestyle in an effort to marginalize. Homosexuality, sexual liberation, single motherhood, polygamy, polyamory and asexualism are all favorites.

But why might we want the nuclear family? This research from Stanford gives us a clue:

In recent years, Anne Fernald, a psychology professor at Stanford University, has conducted experiments revealing that the language gap between rich and poor children emerges during infancy. Her work has shown that significant differences in both vocabulary and real-time language processing efficiency were already evident at age 18 months in English-learning infants from higher- and lower-SES families. By age 24 months, there was a six-month gap between SES groups in processing skills critical to language development.

Fernald’s work has also identified one likely cause for this gap. Using special technology to make all-day recordings of low-SES Spanish-learning children in their home environments, Fernald and her colleagues found striking variability in how much parents talked to their children. Infants who heard more child-directed speech developed greater efficiency in language processing and learned new words more quickly. The results indicate that exposure to child-directed speech â€“ as opposed to overheard speech â€“ sharpens infants’ language processing skills, with cascading benefits for vocabulary learning.

The summary is that infants who are spoken to more frequently develop better language skills. Who speaks to infants? Mothers. When do they do it? When they’re at home, not at some job. When doesn’t this happen? When the kid is in day care or school.

So… what provides an opportunity for infant-directed speech?

Hiding in plain sight, the best ideas are ignored because they don’t fit the social narrative. The social narrative is that whatever the individual wants is important, so we should all band together to change reality so whim, feelings and desires take precedence over known ways that reality works.

Those are the clear ideas that must be hidden, those ideas about how reality works. They conflict with the ego. And the ego has no problem banding together with other egos and forming a lynch mob. But that reduces the degree of civilization, so that life is more like the age before organized settlement. Not surprisingly, all shared resources decline to third world levels.

Liberals know this in some part of their minds. They ignore it because it clashes with their need to be important in their own estimation. The result is social chaos, with the instigators hoping to die before the bill comes due.