How To Create Toxic Elites 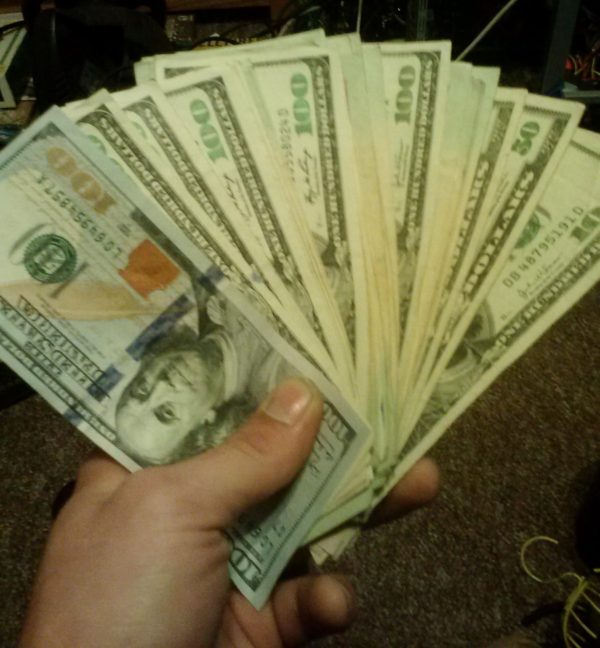 Our elites are toxic, and our proles made it so.

The dominant story throughout human history is that people specialize in illusions, and when they get together in groups, they create an echo chamber which reinforces those illusions, and then they force those on others.

Then “intellectuals” get famous for inventing alternate stories about how it was not human group stupidity arising from our individual selfishness that did us in, but something else… something external to whatever group we perceive ourselves as part of.

Hence the mania, these days, to blame any group of elites: the Left blames the Rich™ and the Whites,™ and the Right blames the Globalist Elites.™ (And everyone seems to blame The Jews,™ which is causing many Jews to identify as right-wing in order to point out that Jewish Leftists are just as crazy as regular Leftists, but non-Leftist Jews are not part of that craziness and wish to avoid mass graves in the coming physical removal of Leftists — smart of them).

This is how intellectuals distract: they invent a positive story about our shiny future, identify a scapegoat that threatens it, and then push us toward an ineffectual but emotionally satisfying method of achieving that future, usually some variant on the universal sensations that make a room buzz: we are all one, peace on earth, love/accept/tolerate everyone, we are all equal, trust Jesus, etc.

All of those solutions amount to exactly the same thing: accept everyone, ignore goals, and do nothing. This is why they are popular: they are social tokens that signal happiness and success, but require absolutely nothing from the people involved except making the right noises and participating in a few symbolic activities.

In fact, the universal path to human social success is the same as the path to civilization doom: conjure up social pacifism by telling everyone that they are OK, and distracting from the real problem to focus on appearance, so that no one has to change themselves to adapt to reality, making them feel like they have finally escaped from the burden of Darwinism and common sense.

Once you get equality in place, however, you can no longer recognize that some people are born to rule by the fact that they have greater ability in this area. Your best neurosurgeon, computer programmer or car mechanic does not necessarily make a good leader, just like the guy sweeping the floor at the coffee shop probably makes a bad neurosurgeon (and most likely is already a bad programmer).

The reason you recognize right to rule by birth is that it keeps people from having to clobber each other to get ahead, and also, gives everyone who is comfortable with a reg’lar job a chance to succeed unless they are outrageously incompetent. When each person starts at zero, we will all be ranked by how far we get, and so life will become constant struggle to “get ahead” which involves holding others back.

Our modern time exploded into stupidity, cruelty and avarice when we abandoned the caste system. It seemed unfair to the proles, you see, and they are always their own worst enemy because what they choose inevitably empowers those who are cruel at the expense of those who are not. If you feel you are living on planet nitwit and most of your species are idiots, this is the reason why: the herd makes bad decisions.

If you want to know why so many psychotic laws and decisions were made, look to this competition. It enforces xenophilia, for example, because if you get ahead and want others not to, the best way to keep them down is to destroy them with cheap imported labor. With competition, no one can enjoy what they already have; every other person in society is most likely trying to seize it away from them. That is why people act to smash down the others while trying to climb up themselves.

Blame can be cast ultimately at the feet of poorer Caucasians in the cities. Our media likes to blame rural poor Caucasians, which as you know if you have been paying attention so far, is a scapegoat/distraction pair. They are doing this because they want to excuse the poor whites in cities who for years eagerly approved of big government, unions, diversity and other parasitic programs out of a desire to screw the rich. It backfired, because this just gave those in power a way to raise costs on the urban white poor and therefore, deactivate them as any kind of political force — they are too busy working and being driven neurotic by the insanity of the city to do anything. Proles self-defeat again.

Toxic elites spring up in these kinds of situations. They are chosen by nitwits through democracy, which means that appearance is more important than reality and whatever happens after the vote is forgotten; they must keep their position, so they give to the thronging masses what that herd demands, which turns out to be exactly what will destroy it. And so, with everyone miserable, the toxic elites have both lots of problems to claim to solve, and many methods of keeping the round-headed in their place.

A sensible society ends this competition caused by equality, and instead segregates its natural elites and gets them out of the job market by giving them wealth and power. At that point, they have nothing to prove, but are put into a role from which they cannot escape in exchange, and so become the smarter people who organize their local societies, to the benefit of all.

Europe Watches The “Peace Dividend” Go Away, And With It, Social Welfare | r / K Strategies