How The Media-Political Complex Fools You Without Technically Lying 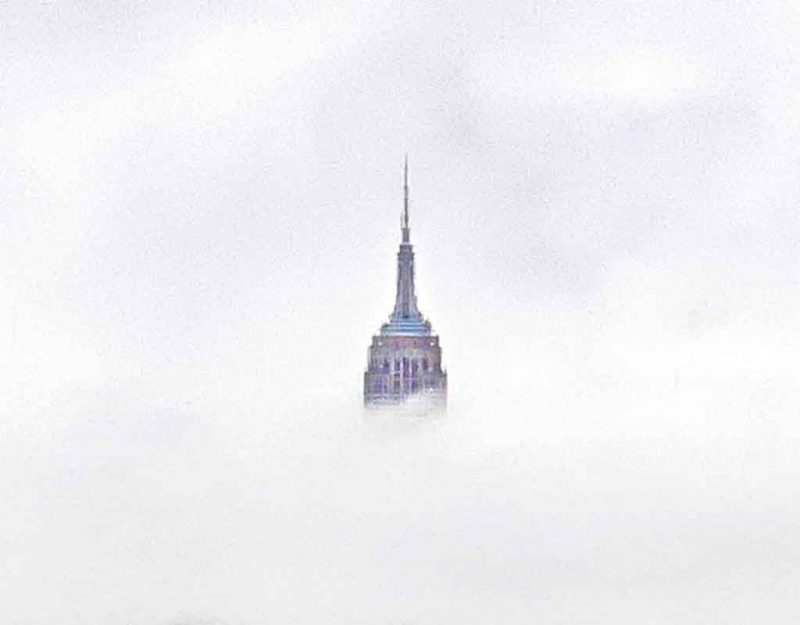 When I was a child, television commercials baffled me. They seemed to promise all of these great things that could never be true in reality, like that drinking the right “light” beer would make women flock to you. How was it legal to lie like that?

Adults, in that endlessly condescending tone they adopt when a child spots one of the cracks in the facade of adult reality, told me that television commercials were not lies properly, but merely suggestions. They were like salesperson-talk, puffery, not designed to be true.

While a clever evasion, that struck me as missing the point. If you allow your society to be filled with lies, soon everything will be deceptive, partially true, or over-stated. Truth will not be twisted so much as distorted, spun, and buried.

Not surprisingly, we live in a society that uses defense of individual rights to justify all sorts of bad behavior that is not fully bad behavior. Incompetence, carelessness, wastefulness, and deception are tolerated so long as they do not cross a hazy magic line into really bad territory.

People love this because it enables them to be clever and keep performing their bad behavior by staying on the right side of the line. If you think of how kids like to be technically correct about the rules their parents make, this kind of defiant taunting is older than humanity; monkeys do the same things to each other and their zookeepers, albeit without language. A monkey will poke another until the other chases him, just so that the other gets clobbered by the other monkeys, because a poke is not technically an attack. Even stupid forest floor simians understand that one.

Naturally, the media-political complex — that intersection of bureaucrats, academics, journalists, and celebrities who make each other rich by keeping a captive audience for Leftist woo — takes advantage of this by telling partial truths as truths:

On Sept. 4, Gov. Gretchen Whitmer was the first to announce a ban on flavored nicotine vaping, while remaining silent on tainted, black market cannabis oils that are vaped.

Of the patients who reported what product they vaped, only 16% said they only used nicotine. But health officials say that number is likely lower because people are reluctant to admit using cannabis.

A recent Morning Consult poll underscores the confusion surrounding the lung illness. Of those surveyed, 58 percent of Americans said they believed nicotine was to blame, while only 34 percent thought cannabis was responsible.

Media has a first mover advantage in that whatever headline it floats out there first, whether right or wrong or in between, is what most people remember. Few of them follow up and even among those who do, very few make the connection and update their conclusions about the topic. The original headline stands.

This allows government and media to mislead the public by allowing the public to mislead itself, since technically nothing wrong has been reported. They simply emphasized certain things more than others and let people make the natural conclusions.

Government resents vaping because vape juice falls outside of its traditional regulatory framework. Media wants a bad guy to beat up on so that it can argue for more government oversight since its neurotic audience understands the world as wilderness only tamed by government intervention, making it safe and applying modern construction, antiseptic, regulations, and oversight in order to beat back the horror of inhuman nature.

In reality, the problem consists of vape cartridges from China that cut corners on the juice they used to mix with the THC, causing some kind of horrific lung damage that will have teenagers walking like old men and wheezing their way into early burial.

If we were to peel back the veneer of democracy and socializing, we would see that something far simpler is going on here: people enjoy harming others and having power over them. Smashing down smokers is acceptable because we can classify smokers as bad, therefore it is “good” to enjoy bullying them with the law. Democracy is driven by resentment because only the resentful seek power for themselves instead of delegating it to the best people among them, and all of our elections are ultimately about the voters and their craving for power instead of whatever poor actor or salesman they elect to pantomime leadership in front of the microphones. The herd resents those with natural talent, so it acts out its own imitation of what they do, and it depends on everyone pretending that this is sane for the whole sick show to continue.

Media plays into this by giving us targets for the weekly sacrifice. Today, perhaps it is Juul cartridges; tomorrow, maybe someone said something that could be construed as “racist,” and we can enjoy their public pillorying and crucifixion to fill the void in our souls.

Democracy is like social media. Its one salient attribute is the anonymity of a crowd. The group decides, and so through a quirk of language, the group (a noun) is blamed instead of the members of the group (many nouns). Someone else did it, even if that someone else includes us personally.

As someone who looks askance at vaping — basically the equivalent of inhaling a smoke machine with nicotine added — your author finds himself divided. One does not have to like vaping to see it as something that people enjoy, even if one would personally prefer for it to be more extensively tested before we proclaim it safer than cigarettes.

Then again, if they told you the truth in the media, we would see that government regulation of tobacco has been a massive failure since the beginning. They cracked down on pipes and cigars, driving people to cigarettes; then they regulated cigarettes, which caused all the little companies to go away and a few giant corporations to own everything. Finally, they got fully intolerant of cigarettes, driving people to vape. If people could simply smoke pipes and cigars in their offices and homes, none of this drama would exist, but for some reason that offends the crowd, probably because it means that someone is having a good time and since most people are not, this provokes gnashing of teeth, tearing of clothing, and impotent angry wailing.

We really are just monkeys under the skin. Here we sit, manipulating and fooling each other in order to feel important, when there is a whole world out there of useful things to do which could make us actually important and fill those lacunae in our souls. We must be idiots.