How The Herd Will Use Indirect Means To Censor Dissent 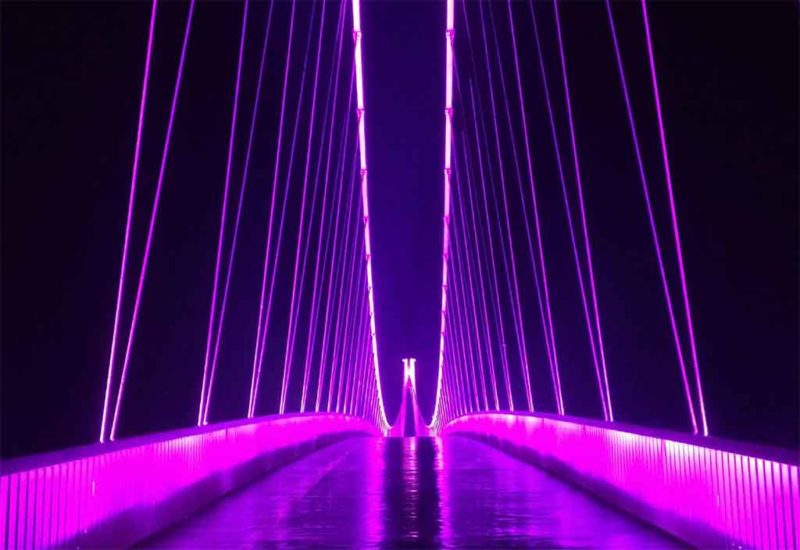 An important distinction demands our attention: it is different to target dissent than it is to silence critics. A powerful leader may, out of pure practicality, smash down those who have made him a target. Dissent implies a larger group of those who simply are not going along with the idea being put forward.

In the case of Leftism, for example, the far-Right are critics of Leftism in addition to dissenters; they view the Left as blight that has consumed Western Civilization (and in this they are mostly correct). The moderate Right and those pretending to be “Centrists” are merely dissenters.

However, most humans do not like to become embroiled in controversy. Their focus — as you would expect with any animal — is mostly on what is close to home, namely income, house, family, and local community. In democracies, they are generally happy to rubber-stamp any insane policy as long as it does not effect them directly, right now.

We might call this sentiment bourgeois because behind it lies a desire to avoid conflict so that normal business and social activities can continue. This is one part of the individualism of the Western world; the other half are those who want to abolish social standards so that no one can tell them “no” when they act badly.

Leftists carefully manipulate this by tagging any dissent as extremist, hateful, ignorant, or otherwise controversial, knowing that the good media sheep will bleat out and amplify this message, and then the oblivious middle classes will tiptoe away and go right back to sleep.

In its first incarnation, this policy consisted of having a strong government or church which would ban something and rail against it. That worked but produced a counter-current, namely that if you were already skeptical of those authorities, their banning of something just stuck it high on your shopping list.

Starting the 1980s however, political figures found an idea through how we were subverting the Russians. Our plan was to avoid direct conflict by instead simply revealing that Communism was not evil, but a failure, at which point everyone who had any hope of first world living would run from it. That worked.

We then applied the same idea to our own people through economic censorship, or using cues to demonize certain ideas so that the herd would flee them. This started in innocent and well-meaning ways, such as an attempt to ignore that bad parenting was the root of adolescent problems and instead blame music.

As I wrote some years ago in an early essay against censorship:

Economic power is the dominant force in the United States, and these censors have employed it brilliantly. Instead of finding a specific group to hate and suppress, these guys have found certain attitudes and language they’d rather doom. And, to make sure everyone knows that they think it’s egregious moral doom, they put a little sticker on it. The sticker reads like this: “Warning: The material in this album is offensive. Parental caution advised.” Fine. Whatever that means, it’s obviously a pejorative label to stick on an album.

How this works is simple. Any shop in Amerika wants to find the good graces of the majority of the consumers. This tactic avoids the protests, wrath and boycotts of parts of the righteous public. So, the album is quietly shelved in the bathroom, hidden behind the counter, covered with paper and disguised as a Christmas present, stocked under “Demonic Possession” or simply not purchased or sold. The latter is the easiest alternative because it deftly sidesteps all anger from the great righteous ones and allows the company to portray unassailable Amerikanism. In effect, the album is censored in part by law and part by economic force. The powers that be decide that it’s obscene and the powers that buy dictate that it disappear from shelves.

We can view this as a type of herd behavior. The herd exists in duality: it acts as one because all of its individuals are scamming the rest. They want to be able to act without consequences for themselves, and this requires the anonymity and false agency of the crowd, mob, or cult. Therefore, they rope others into the group.

Misery loves company. Perhaps more clearly: misery loves binding together with other miserables to form a force of change and destruction. To those who are miserable and powerless, whatever is natural is bad, and whatever gives them power without accountability is good. All modern problems emerge from this basic tendency.

For this reason, the herd loves ironism:

The practice of using irony; the quality of being ironic.

Ironists, like iconoclasts, are surface thinkers. They do not look into the causes of what they describe, only sort through the effects and pass judgment on them. This proves troubling because they fall into a fallacy: while A causes B, B does not necessarily cause A. Ironists invert this formula.

To an ironist, any effect can be addressed directly as a means of changing its cause. This mentality extends into their obsession with control, or limiting the methods that people can use in order to alter their thinking. At the core of the book Naked Lunch, William S. Burroughs describes control:

In Cuernavaca or was it Taxco? Jane meets a pimp trombone player and disappears in a cloud of tea smoke. The pimp is one of these vibration and dietary artists — which is a means he degrades the female sex by forcing his chicks to swallow all this shit. He was continually enlarging his theories… he would quiz a chick and threaten to walk out if she hadn’t memorized every nuance of his latest assault on logic and the human image.

“Now, baby. I got it here to give. But if you won’t receive it there’s just nothing I can do.”

He was a ritual tea smoker and very puritanical about junk the way some tea heads are. He claimed tea put him in touch with supra blue gravitational fields. He had ideas on every subject: what kind of underwear was healthy, when to drink water, and how to wipe your ass. He had a shiny red face and great spreading smooth nose, little red eyes that lit up when he looked at a chick and went out when he looked at anything else. His shoulders were very broad and suggested deformity. He acted as if other men did not exist, conveying his restaurant and store orders to male personnel through a female intermediary. And no Man ever invaded his blighted, secret place.

A better description of New Age, Leftist, and other cults cannot be found. Control imposes lots of little rules as a way of forcing people to think in terms of those methods alone, forgetting natural ones. It hides itself behind the idea of Enlightenment™ or Progress.™ Then, only those who obey are socially acceptable,

Ironism opens the gateway to this kind of thinking through the fundamental ironic behavior, which is to say, “things are not as they evidently, obviously, and testably are.” In other words, deny reality; embrace what is socially popular. Control is unique in that it is both a method and a goal. Control only leads to more control.

Others have observed the same herd behavior on the flip side, namely that people affirm ideology in order to be part of a social group, and therefore are easily controlled by the herd:

THE MANAGER of a fruit-and-vegetable shop places in his window, among the onions and carrots, the slogan: “Workers of the world, unite!” Why does he do it? What is he trying to communicate to the world? Is he genuinely enthusiastic about the idea of unity among the workers of the world? Is his enthusiasm so great that he feels an irrepressible impulse to acquaint the public with his ideals? Has he really given more than a moment’s thought to how such a unification might occur and what it would mean?

I think it can safely be assumed that the overwhelming majority of shopkeepers never think about the slogans they put in their windows, nor do they use them to express their real opinions. That poster was delivered to our greengrocer from the enterprise headquarters along with the onions and carrots. He put them all into the window simply because it has been done that way for years, because everyone does it, and because that is the way it has to be. If he were to refuse, there could be trouble. He could be reproached for not having the proper decoration in his window; someone might even accuse him of disloyalty. He does it because these things must be done if one is to get along in life. It is one of the thousands of details that guarantee him a relatively tranquil life “in harmony with society,” as they say.

We gain insight into these behaviors when we use philosophy to get to the root of their intentions, then stop seeing them as philosophy but more as pathology or animal behavior repeated out of context in a human world. When we peel back the human skin, we find a shrieking troupe of monkeys, each wanting to be important by tearing down someone else.

The Left understands that this is true. Like salesmen or revivalist preachers, they appeal to the lowest impulses of their audience. They do not want people in a sober, cerebral, and meditative state of mind; they want an irreverent, drunken, boorish, angry mob that is looking for an excuse to indulge its desires, greed, and rage against those above it.

Our current age rests on a turning point in history. The Crowd is no longer attempting to overthrow anything; it won long ago, formalized its power in the 1990s, and since then has been trying to gain total control by squashing dissent. It will do this through economic and social censorship.

The FAANG companies — Facebook, Apple, Amazon, Netflix, and Google — exist as a replacement for traditional media, but also serve to intensify this control. They will simply declare certain ideas to be “off topic” or “anti-social,” and then remove all dissent from the public eye.

In the end, this approach proves no different than Havel’s greengrocer or the WARNING: EXPLICIT LYRICS sticker on 1980s rap and heavy metal albums. Those who manipulate the herd use its fear of being excluded to drive people away from dissent and transfer them into a mentality of ironism, whereby they become immune to common sense.

Herd behavior spreads like a virus because each individual perceives an advantage in it. This individualism drives what has corrupted the rest. The failures want a chance to raid the communal trough, and the successes want an ability to escape oversight so they can make a pile of money off the failures and then abscond with it.

Until we start approaching humanity as an animal pathology expressed in the desire of individuals to get ahead in the group, none of human behavior makes any sense. We play with it on the surface, in categories of effects we observe, but to get to the core requires an analysis of what is not said but is the inevitable result of the actions taken, reflecting a subconscious intent.

Expect economic and social censorship to heat up in the peaking of this conflict. The Left almost has total control, at which point everything is destroyed, but the Left carries on, itself a virus that manipulates its obedient servants. They want to eliminate all vestiges of life outside Leftism, and they are very close.

Why White People Do Not Act For White Interests | Tulio Baars: An Angry Life Failure Turned Into Militant Activist