How Modern Society Impoverishes Everyone 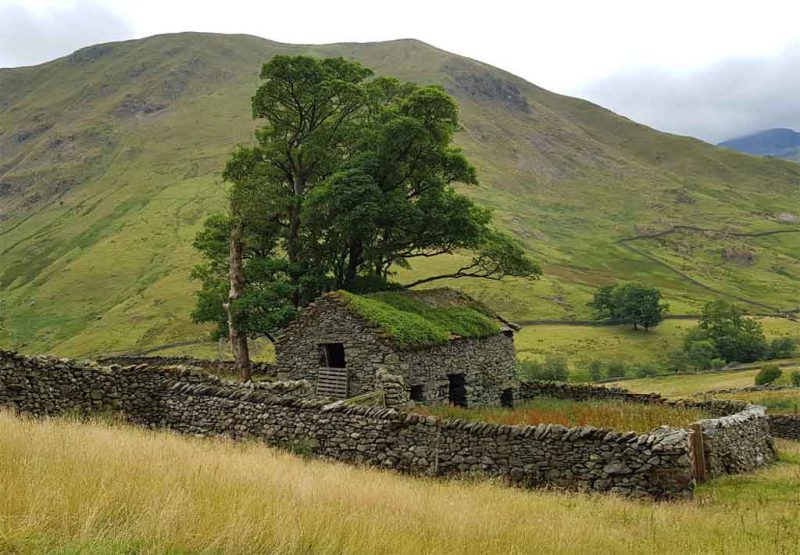 In life, you either concentrate power or distribute it. Humans, who want to believe that life owes them something, clamor for its distribution but like most things that they pursue, this ends them because then they spend all their time bickering over who should lead. Concentrated power, it turns out, is necessary.

The same applies to wealth. If you distribute it, you make it worth less because of the costs of distributing it that are passed down the line. If you concentrate it, you have a few very wealthy people but also a vast majority of people who live well because they do not assume the costs of trying to distribute wealth.

Consider a town. We have ten rich families, ninety upper half of middle class families, and nine hundred families who are either poor or of average income, straight in the middle class zone, which is actually quite broad. Everyone does fairly well for themselves.

Then we decide that, since out of those nine hundred, two hundred families are living in near-poverty, we are going to distribute wealth. In comes a property tax and a sales tax, plus the town raises its corporate tax. This sounds good to the voters, since it takes money from those that have it, and gives to those that do not. Q.E.D. problem solved. Right?

Not really. As it turns out, businesses and individuals share a simple formula: they pass on costs to those who buy their products. When you raise the corporate tax, products get more expensive; when you start with a property tax, everyone paying that tax charges more for their services. This in turn requires companies to raise salaries and pass that along, too.

This town, after the taxes, sees the costs of certain services nearly double. You can no longer go to the doctor for a relatively low cost, because she is passing along her corporate and property taxes. Your insurance costs more. If you rent, your landlord is dealing with all of this stuff, and so he raises rents.

This takes us to today’s illustration of how Leftist policies will never work and will always wreck any civilization stupid enough to try them, as seen in declining quality of life despite all this nifty free stuff from government:

Esther Akutekha, who lives in Brooklyn, New York, has a good job as a public relations specialist that pays more than $50,000 a year.

But because of the $1,440 a month rent on her studio apartment in the Prospect-Lefferts Gardens neighborhood, she never takes vacations, dines out just once a month and scrapes together dinner leftovers for lunch the next day.

Despite an unemployment rate that has reached a 50-year low of 3.7 percent, most jobs across the U.S. don’t support a middle-class or better lifestyle, leaving many Americans struggling, according to a new study.

The more a city succeeds, the more wealthy people it produces, and these do not care about taxes because they can pass them on to their customers. Go ahead, tax the rich; you will be the one paying. This process causes land value to rise in cost as more wealthy move into the area, and soon, people are paying not just high property costs, but for all those taxes, too.

While on the surface they have more money, looking into the guts of their finances show us that their money buys less because it is being wasted at every level by distribution. Everyone — the bank, the lawn guy, the dog walker, the hardware store — needs more money because of the taxes, and this hides behind the rise in property values.

You can tell that it is the distribution of wealth and not rise in property values because the same thing has hit all workers:

[D]espite some ups and downs over the past several decades, today’s real average wage (that is, the wage after accounting for inflation) has about the same purchasing power it did 40 years ago. And what wage gains there have been have mostly flowed to the highest-paid tier of workers.

…In fact, in real terms average hourly earnings peaked more than 45 years ago: The $4.03-an-hour rate recorded in January 1973 had the same purchasing power that $23.68 would today.

Meanwhile, wage gains have gone largely to the highest earners. Since 2000, usual weekly wages have risen 3% (in real terms) among workers in the lowest tenth of the earnings distribution and 4.3% among the lowest quarter. But among people in the top tenth of the distribution, real wages have risen a cumulative 15.7%, to $2,112 a week – nearly five times the usual weekly earnings of the bottom tenth ($426).

If you wonder why wealthier people often vote Leftist, this is it. They own things, so they pass on the cost to the little people. They then get super-rich while everyone else seems to get wealthier, but can buy less because distribution of wealth functions like corruption, subtracting a certain percentage every time money changes hands, and that cost falls back to ordinary people.

Extrapolate this to San Francisco. In that city, there is a clear line between winners and losers: you either have a multi-million dollar house and a yearly income of $250,000 or above, or you are poor. If you are poor, you will never be able to set aside significant amounts of money, so you are wholly dependent on selling your house for your retirement.

In the meantime, the ranks of the super-rich have expanded and so has their degree of wealth. Where they used to have tens of millions, they now have tens of billions. Go ahead and tax them all you want; they will just find a way to squeeze more money out of their products. San Francisco only survives because Silicon Valley funnels in money from middle America; if it had to be self-reliant, it would collapse in a day. It is like a vampire city sucking wealth out of the rest of the country.

Let us return to our town. After we implemented all those taxes, now there are ten super-wealthy families and 990 people of decent middle class income who barely have anything left over after they pay their taxes. The poor have more money, but still live in squalor, because they got to be poor for a reason and that has nothing to do with anyone else.

We see this pattern across the first world: 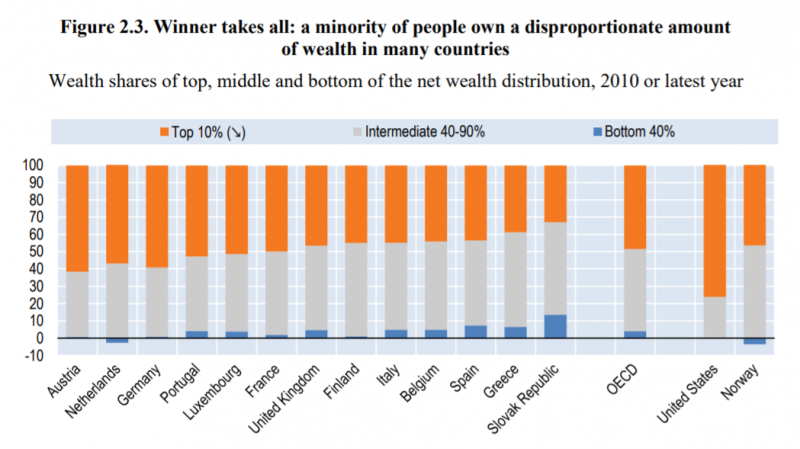 What has happened in New York and San Francisco is now happening across the West. The people vote for wealth distribution, the rich pass along the cost, then the people pay for it, and now they are rich on paper but poor in reality. Luckily, they are all equally poor, so they got the equality they voted for.