How I Evolved From Libertarian to Nationalist 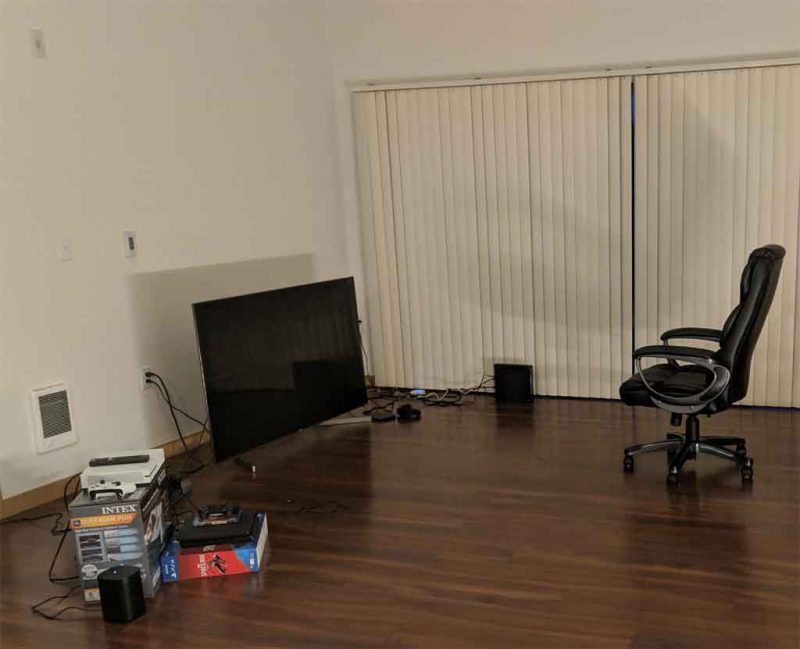 Even our oblivious GoFundMe clickbait media has noticed the “Libertarian To Alt-Right Pipeline,” an unlikely pathway from anarcho-libertarianism to moderate conservatism to hard-Right realism and nationalism. I can attest through my own experiences and political maturity that this is not only common but a logical chain of events that, in recent days, has become difficult for any red-blooded and sane person to avoid.

While the hysterical donor-class media would love for you to believe I was radicalized by Trump, by 4chan, by InfoWars, by Russian bots, or by inherited racial hatred, the biggest motivators of this change were none other than the gradual exposure to progressives’ debased, psychotic morality and overall being. And so this change was driven not by Right-wing extremists but the by the lunatic left: their race-baiting media figures, their prostitute celebrity icons, their mentally ill journalists, and their failed existences as living proof of the paradox and inviability of their social agenda.

It’s important to note that I am not who the newly unemployed BuzzFeed/HuffPo/Vice debt-slaves say I am, that is, a basement dwelling anti-social incel. I have a comfortable and fulfilling life, an upper management position at a great company, a live-in fiancé, interesting friends, and a great relationship with my parents. I frequently donate to charities and engage in volunteer community service to help the less fortunate. Faith, family, tradition, and country are extremely important to me, more so than my personal desires. And yet I have come to recognize some uncomfortable truths that would cause many to label me as “fringe” or “extremist.”

These are outsider ideas such as the necessity of national sovereignty, the reality of caste, and the ultimate realization that democracy just doesn’t work. I have begrudgingly learned that commoners can’t be trusted with limitless freedoms and that different ethnic groups can not share the same land without competing. This is my story, from moderate libertarian to nationalist and race realist.

In college Ron Paul was my guy. Having already grown distrustful of my instructors thanks to the obviously fake “weapons of mass destruction/Saddam and Bin Laden are friends” pretense that later led to crashing the U.S. economy, I was yearning for a more fiscally conservative president to pull us out of foreign conflicts we could neither afford nor properly plan our way through. Furthermore, the Patriot Act was an abomination to actual liberty, the war on drugs was a failure, and the majority of the neocon platform seemed pretty nonsensical in every way. Unfortunately, the GOP was still a neocon money pit and hell bent on pushing another war hawk failure in the form of Jon McCain, and even more unfortunately I (like most college-age youth of that time) found myself voting for Obama. I was immediately disappointed when he continued all of Bush’s failed policies and did virtually nothing to make the country better.

Ultimately, I had bought into the “fiscally conservative, socially liberal” meme. I wanted to follow the Constitution on everything, unaware that the original document had already been amended into oblivion. The ideas of telling gays they couldn’t be married and that a human’s inner body should be government-regulated did not seem practical or Constitutional. I had the obvious racial prejudices that exist in everyone’s mind but was not aware of it and was not, at the time, exposed to other races enough to develop it to a rational level.

By the end of this story, I would finally come to embrace social conservatism, realize that gay marriage has led us to chopping the dicks off children, that a lack of on most drugs has led to addiction weaponized against the rural class, and that abortion would become a perverse cult where women worshipped dead children above all things. And most importantly, I’d come to the realization that Europeans cannot and should not co-exist with other races in the same city, nation, or state. But more on all of this in a moment.

I got a huge taste of reality when I started my career life and moved to a gentrifying Brooklyn. I saw how, even when it was whites moving into black neighborhoods, a neighborhood’s culture is obliterated by immigrating outsiders. I began to realize that the progressives around me were greatly mistaken to think that “we can all get along because we’re all human,” given that I witnessed them celebrate living in a “diverse neighborhood” as they forced black families out of their homes without shouldering any of the guilt that I had been feeling.

Around this time Antifa had descended on the music scene I was heavily involved in (one committed to being as “anti-PC” as possible) and started ruining concerts, tours, and attacking friends of mine with smoke bombs. “Trans rights,” something that would have been laughable while I was in high school, somehow became a thing only because transgenders were some sort of underdog that people could feel good about defending.

I went into the 2016 election cycle supporting Rand Paul, but after the mainstream media’s fatal mistake of airing Trump rallies, I quickly realized that Trump was the candidate I always hoped the GOP would run. Having grown up mostly around liberals and dated mostly unstable women with progressive values, I knew Hillary would be just as emotionally depraved and psychotic as the unmarried thirty-year-olds who worship her. I knew her economic policies would be as bad as Obama’s, I knew that her foreign policy would involve more sticking our faces in middle eastern civil wars, and ultimately concluded that Trump was a gamble worth taking. I was quickly proven correct on this one. I didn’t care much about the wall, as the family values of Mexicans was superior to what was rampant in my generation. Around this time, I also got into the Alt-Lite YouTubers and Rebel Media types ranging from Gavin McInnes, Milo Yiannopoulos, and Paul Joseph Watson, all of whom made a considerable effort to profess their “non-racism” only to be labeled “racists” in the end.

After Trump’s election, the hysterical assault on MAGA voters was unimaginable. I, like the rest of us, was being told by every media and Hollywood personality that I was a “racist,” even though I had (1) voted for Obama previously and (2) voted for Trump for Economic and Foreign policy reasons. I believed in “Make America Great Again” not because I wanted to return to “white America” but because I grew up in a time where every one of our institutions — healthcare, the economy, education, technology, congress — had failed. My generation was drowning in debt, drug and pornography addiction, astronomical suicide rates, and the inherent inability to buy a home or start a family. Yet my Trump vote rendered all that void in the eyes of the zombie left. To them, I was immoral, racist, a neo-Nazi, and completely dehumanized.

Throughout 2014-2018 the media chimpouts had gone so off the rails that it was as if I had seen a mask fall. From the meltdowns over use of police force on blacks (only to have video evidence show it was warranted), the ridiculous “Trump is a Russian Agent” conspiracy (which sounded exactly like the “Saddam and Bin Laden Are Friends” conspiracy), to the unrelenting propaganda effort of late night comics, it became obvious that there was a collaborated effort to demonize people like me. Charlottesville was a tipping point, as I had been watching livestreams of peaceful Right-Wing protestors get sprayed with bear mace and pushed by police into crowds of violent Left-wing extremists only for the media (Fox News included) to report a fabricated narrative of violent Right wingers. By the time the Kavanaugh circus came through town, I was uncontrollably enraged and physically sickened by what I was seeing.

But the Covington Catholic incident was what finally pushed me to take that final step. It was clear that all left-wing types had now been brainwashed to hate and dehumanize whites, even if they were children. This was too far. I had heard of “white privilege” for the last time. War has been declared on my race, my heritage, my religion and my gender. It is undeniable now that being white or Irish is automatically equivalent to neo-Nazism in the eyes of all left-wing media outlets, Hollywood, and everyone who worships the two groups as false idols.

Although White/European men had created a safe society and a strong government and allowed immigrants (my people included) to escape their shitholes and participate, most of these groups had clearly reached a point to where they are working diligently to demonize everything about being white or European. We ended slavery not only in America but set a precedent to ending it in most nations worldwide, and yet we are forced into constantly doing penance for what was a common practice of every civilization for thousands of years. We fought a horrific civil war only to have blacks still struggling to get above subsistence living after sixty years of affirmative action, for illegal Hispanic immigrants refuse to learn English and send all their money to Mexico, and for homosexuals to demand we let disfigured and mentally ill men into the bathrooms of our daughters and the gym showers of our wives. The more we conceded, the more we apologized, the more we were attacked and shamed and told we should hate who we are. And all the meanwhile every other race and every other nationality shamelessly votes for their own, takes care of their own, and prioritizes their own.

When I really contemplated this, I realized that the state is often a better master that will not make its citizens suicidal, infertile, castrated, drug addicted, and utterly miserable. Even more, if we get rid of democracy entirely, we have the chance to have real leaders. We can reverse our decline. No accepted political system addresses this. Libertarianism, like Leftism, is void of any higher order than the self. It is a guarantee for societal collapse just as much as any demographic outlook.

As millennials suffer an infinite loss of purpose, I ask myself: what did we accomplish getting rid of monarchy? What did we accomplish by separating form familial tradition, church, community, and a any sense of governing order over the individual? We got a society that willingly poisons itself, mutilates its genitals, commits suicide, creates school shooters, sells depression to the masses and then gets them to buy antidepressants. When America has made itself a eunuch, there is no other path to sanity but nationalism. And so nationalism has become more than a logical next step for me: it is the only way.

Virginia Is For Losers And Here’s How It Got That Way | Periscope (February 8, 2019)