How Humanity Will Choose To Die 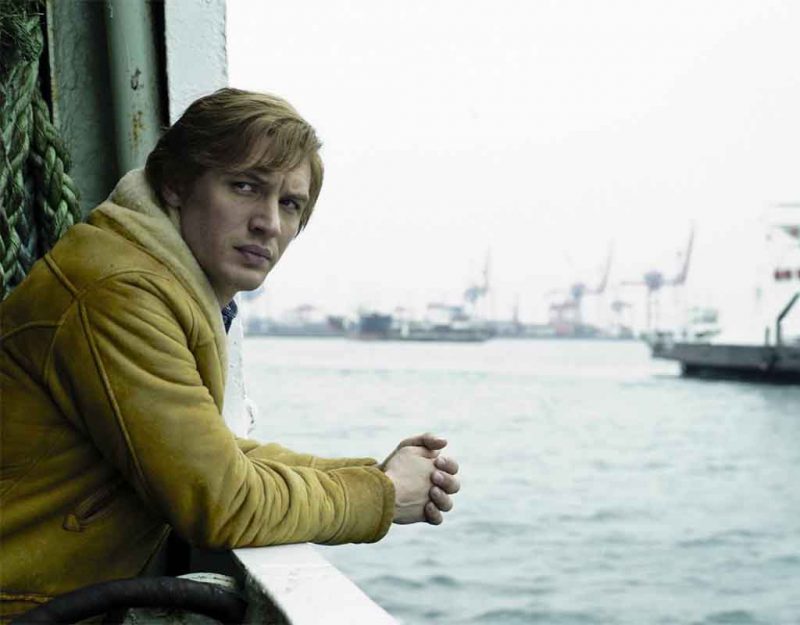 Three factors which relate to one another determine the future of humanity: technology, dysgenics, and leftism. This triad determines whether we continue evolving toward greater abilities or reverse course and head downward back toward hominid status.

Let’s take the example of education: suppose a school adopts the preceding premises and accepts any student that applies on this basis and a hundred students are accepted. The school will then have a certain standard, and for the sake of argument let’s assume that standard is a high one.

Equality of opportunity did not translate into equality of outcome. Regardless of the cause being genetic or environmental, the starting premise is false; we see that humans are not equal. The first premise must be revised to reflect this, producing the following:

Alternatively, circular reasoning can be performed.4

The circular reasoning occurs because the fourth premise justifies the initial premise. Instead of accepting the second premise in our first syllogism above, which is that humans are of unequal value and worth, the assertion is repeated as a command: create human equality, so that the earlier premises do not fall.

Returning to our example: the school board then desperately alters the environment to ensure maximum equality. They reduce the workload, simplify the test, give extra resources to less able students, and in theory, create equality of outcome. In doing so, they have reversed their purpose of providing education and are now a subsidy program.

The problem, however, is that the high standard which previously separated the competent from the incompetent is gone or made arbitrary. The bad are now promoted alongside the good and the standard becomes the lowest possible common denominator. Here now is the root of dysgenics; human ability is predicated on both a genetic and an environmental factor. In the case of human intelligence, genetics accounts for 50-80% of variation.

If every attempt is made to level the environment, the genetic difference nonetheless remains. If innate qualities place one person above another then such qualities must actively be punished, suppressed, and removed and their opposites rewarded, promoted, and actively pushed.

The most pervasive of examples, however, is recognizable to any student of academia: rote learning. Rote learning entails two simple tasks, memorization and regurgitation. This is a task that requires no intelligence and can be done by near anyone. Assuming persons reading this are in some way “educated” they know the process all too well: study lecture/class notes (which make you bored out of your mind), pass an exam requiring no critical thought, and once finished never read notes ever again. The material was learned not for the sake or joy of learning but for the passing of an exam, and so after that exam, the material has outlived its purpose.

The question now: “what type of person does an ‘egalitarian’ system like this promote?” The answer is what I term “The Bureaucratic Man.” The individual who spends ungodly amounts of time learning (memorizing) the material (regardless of content), the person who adopts the “socially correct” mainstream talking points (what is least offensive, most inclusive, and most popular) and importantly who will comply, who will not entertain contrarian ideas (ideas that contradict his own), and who possesses not even the slightest impulse to rebel.

This here is how the process of dysgenics begins and more importantly how a society becomes dystopian. Do I mean Orwell, Bradbury, or Huxley? No. What I conceive here is far more sinister and cannot be placed into words. What can be said is close to Nietzsche’s account: when all values have been inverted, when “the underman,” the last man, reigns and when beauty, excellence, and truth are abandoned for delusion and unreality.

Let us recall the premises of leftism and demonstrate more clearly its link to dysgenics:

Again, two steps in we see that an unequal outcome occurs, suggesting that either the starting position isn’t equal or equality is a phantom of the human mind. To admit the latter is to throw out all the premises, so people conserve some by doubling down on the fourth. In this circular reasoning, the fourth premise justifies the initial premise.

What then of technology? There are three areas which can be highlighted. The first is medicine, the second is entertainment and the third is mass production (organization dependent technology). Concerning the last, please read Aldous Huxley’s essay on over-organization.

In a capitalist democracy, such as the United States, it is controlled by what Professor C. Wright Mills has called the Power Elite. This Power Elite directly employs several millions of the country’s working force in its factories, offices and stores, controls many millions more by lending them the money to buy its products, and, through its ownership of the media of mass communication, influences the thoughts, the feel­ings and the actions of virtually everybody. To parody the words of Winston Churchill, never have so many been manipulated so much by so few. We are far in­deed from Jefferson’s ideal of a genuinely free society composed of a hierarchy of self-governing units — “the elementary republics of the wards, the county repub­lics, the State republics and the Republic of the Union, forming a gradation of authorities.”

Concerning the first, medicine reduces mortality rates and drives population expansion. This brings two consequences: ecocide resulting from expansion of human population, and a regression to the mean as population numbers are increased primarily among the unintelligent. Let’s take the first of these: Following the equation here, the matter can be understood:

With each person born, land must be set aside as resources must be harvested, animals slaughtered and (in certain cases) shelters (homes/apartments) provided and institutions constructed (schools, businesses, factories). The first realization is that this process is simply unsustainable. It cannot continue forever and at a certain point mass death becomes inevitable (rare metals and crude oil shortages occur; read here Guillaume Pitron The Rare Metals War and Pentti Linkola Can Life Prevail?). The second effect is demoralization: humans have lived in accordance with nature for most of history. Modern civilization represents a break from this trend and the ugliness of our modern world is so apparent that not much else need be said. As a general rule, humans are happier when close to nature and are prone to depression (and other negative psychological conditions) when living in cities.

Moving now to the entertainment aspect, the perfect metaphor comes to us from Huxley’s Brave New World in the form of Soma. Soma is the fictional drug that alleviates anxiety and places its user into a state of bliss; the real world correlate is mass entertainment: smart phones, videogames, movies, TV shows, news, protests, pornography, social media, and so forth. I simply make the distinction here between introspection and detachment. Concerning entertainment this is merely a form of detachment (or distraction), a way of escaping introspection (facing up to adversity and uncomforting realities about the world). Technology of this kind is a means to render its users (helpless victims) docile, compliant, conformist and most importantly unthinking and uncritical.

As an aside: many will think that this does not apply to them. If this is true, prove to yourself that you can go three months without any form of entertainment technology. Instead spend that time reading, writing, creating, solving problems and facing up to any challenge that may arise (through the process of introspection).

And so we return inevitably to the final point I wish to make. What then is the logical solution? To review the alternative premises stated before:

These political systems show us the gamut of known human governments and who rules in them, namely democracy (the average), plutocracy (the wealthy), aristocracy/monarchy (the excellent). Oligarchs rule in an oligarchy, plutocrats in a plutocracy, technocrats in a technocracy, tyrants in a tyranny, demagogues in a democracy, and kings in a monarchy.

Humans are not equal and never will be. Either we promote the best amongst us or allow the worst to rule. Our choice here is an either or between dysgenics and eugenics. If we choose the former we get the systems described above with the exception of the last.

If eugenics, elitism, and inegalitarianism is our choice, we get the rule of the best: the rule of geniuses, moral exemplars, kings and queens. We must choose between a civilization whose values and ideals are that of excellence, beauty, honour, and truth, and a civilization that will chase a utopian ideal of equality and in the process, destroy itself. There are no other paths.

1 Equality of opportunity can only be proved by equality of outcome. No other measurement exists, and if the tests do not produce the results that theory indicates, the tests will be revised or scores subsidized until it does.

2 Depending on criteria, the government-like system which takes the form of hierarchy will resemble the known types of human political political systems: democracy (the average), plutocracy (the wealthy), aristocracy/monarchy (the excellent). Hierarchy refers to the differentiation of roles by ability or another criteria, and here differs from meritocracy, or the idea of rewarding those who do best at tests, which has both testing bias and a tendency to be looped back into egalitarian theory by changing the tests or subsidizing the scores.

3 In terms of political systems, monarchy and aristocracy are the only forms of government which preserve civilization and seek to actualize the best of it (aristocracy and monarchy = rule of the best). All others are anti-political (against arête, elitism and eugenics) and anti-civilizational (in denial of human inequality). All civilizations are hierarchical; equality does not exist.

4 The most common response, here is to argue for equality of opportunity as well as inequality of outcome. This is inefficient and logically inconsistent: using once again the example of education this can be demonstrated: 1000 students apply and are accepted by an institution regardless of past performance. An unequal result then occurs with the smartest students on top and the double digit IQ students at the bottom. For every 1000 students that apply this pattern will repeat. The unintelligent then likely demands equality (the tests/curriculum is unfair), in which case we arrive at the 4th premise of leftism, or the intelligent take over and kick the “tards” out (giving us the premises of the right). In this example, if it’s recognized the intelligent perform better, then barriers/standards should be erected to exempt the unintelligent and select for the intelligent.

5 When an unequal result occurs, implying starting position is not equal, the egalitarians are forced to either (a) admit the failure of equality as a concept or (b) insist that only “equality of outcome” can prove “equality of opportunity.” Since the latter never occurs, the cycle repeats.

Do Not Dare Spit On the Sidewalk, Ever Again | Leap Into Life (#4): Arming Teachers