How Government “Fixing” Healthcare Destroyed It 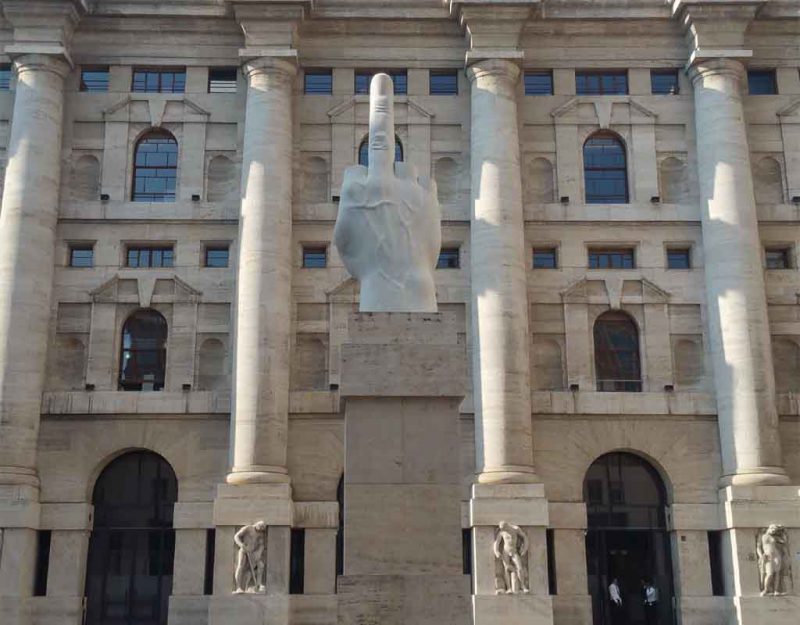 Humans have a built-in flaw: we struggle for order in our minds, and we project our need for order onto the world. We like nice fat grids made in square lines with equal divisions and nice even numbers, not the mess of curves, miscellany, and partial shapes of nature.

This is why the ancients emphasized understanding of our inner selves. Only by having order inside can we come to know the world, because then we can separate our needs from its patterns, and understand its patterns as cause-effect scenarios, meaning responses to inherent needs in reality.

In our zeal for imposing order on the world that reflects what we have inside our minds, we turn to bureaucracy, which is the habit of setting up centralized authority that then treats everyone identically and forces them to do the universal “right thing” as designed for an average/normal person.

Naturally, this makes no sense, since the average person does not exist; he is a statistical fiction. Neither does the normal person exist, although we can say that people are within a range of behaviors we identify as normal; the normal person is a symbol, an ideology in himself.

That in turn tells us that there is no universal “right way” because humans are varied. We may have goals as a civilization, overlapping with some for humanity and our local area, but there are many paths to that destination, not a single one.

As always, humans confuse everyone doing something in unison with unity. We think that if we all receive the exact same treatment, we are unified and conflict is eliminated, which is what the individual fears most. Conflict leads to a loss of rank or social esteem if you lose.

In my reading of history, the fears seem more compelling to people, since humans are ruled by doubt as a consequence of our big brains which easily become neurotic, superstitious, and paranoid. However, what drives history is people questing for things, aiming for positive results and opportunities, and even after failures, these people thrive.

Unfortunately doubt and fear serve a more persuasive role, and so as societies grow, they become ruled by all the people who have no particular and niche function. These “extras” find themselves thrown into generalist labor, and they fear most that they will be displaced.

Consequently they demand bureaucracies, which pleases the merchant caste of that society, since having bureaucracies removes responsibility from the individual and business, reducing society to commerce, which is the bourgeois fate of any place that becomes wealthy enough.

We have implemented bureaucracy in our medical practice, doing the “right thing” by having insurance and coverage for everyone, and costs have gone through the roof. In the past, Americans paid little for health care because government, insurance, and bureaucrats were relatively uninvolved:

When I was 18, I started working for the telephone company. There was no such thing as health care for regular employees. Doctor visits would cost about $10 and most emergency rooms in Manhattan hospitals would treat anyone who needed help regardless of their ability to pay. I had an emergency appendectomy when I was 7 years old at Flower Fifth Avenue Hospital in Spanish Harlem and my mother never received a bill she couldn’t pay. This was before the age of Medicaid and Medicare and the skyrocketing of costs once the government took over our health.

At that time, there was no universal coverage, but care was less expensive so that regular people could afford it. However, the Left cried for socialized medicine, and since they could not get that, they got a foot in the door with EMTALA.

EMTALA created emergency socialized medicine, forbidding hospitals for turning people away because they had not paid their bills. It was originally sold to the voters — who suspiciously resemble brain injury victims in their decisions — as mercy for the impoverished:

In other words, because the law creates liability for anything that looks like transferring patients away because they cannot pay, hospitals — in order to avoid getting hauled into court, even if they ultimately win, since defending a lawsuit costs more than a decent house — take in everyone and treat them for anything that might be construed as an emergency condition.

As one might have guessed, the “crisis” addressed by EMTALA was created by previous socialized medicine attempts, namely Medicare/Medicaid three years earlier:

Government, in attempting to make billing “fair,” eliminated the pocket of extra charged by hospitals so that they could afford charity care. Instead, hospitals had to directly incorporate the cost of treating anyone who showed up into their bills, plus the costs of regulatory compliance, defending lawsuits, more complex billing for Medicare/Medicaid, and larger emergency room staff.

As always, legislation and regulation passed on these costs to consumers, but did the voters notice? They slept right through, as they always do (a common symptom of brain injury).

Not surprisingly, the higher cost of treating anyone who wanders in — especially illegal aliens, who receive de facto free healthcare through this method — is bankrupting hospitals, which means that the remaining ones can charge higher rates since they have less competition:

In addition, EMTALA has reduced the quality of emergency care while making it more expensive:

As with all things modern, our quest to make everyone “safe” has destroyed our ability to offer quality of life.

Leftism aims to create equality and force everyone through the same bureaucratic process; realists recognize that someone will always fall through the cracks, so you want to provide quality of life and care for those who are being productive, normal, healthy, sane, and stable citizens.

For American healthcare, our solution should not involve any grand plans for trying to save everyone. Instead, we should go back to the historical equivalent of a Windows “restore point,” or in other words, repeal all the laws since the time when healthcare was affordable.

By going back to what works, we can stop penalizing the entire nation in order to attempt to save a few. The needs of the many outweigh the needs of the few, as one old Star Trek episode put it. Removing government from healthcare entirely is the only way to have quality healthcare.