Why American Health Care Is So Expensive 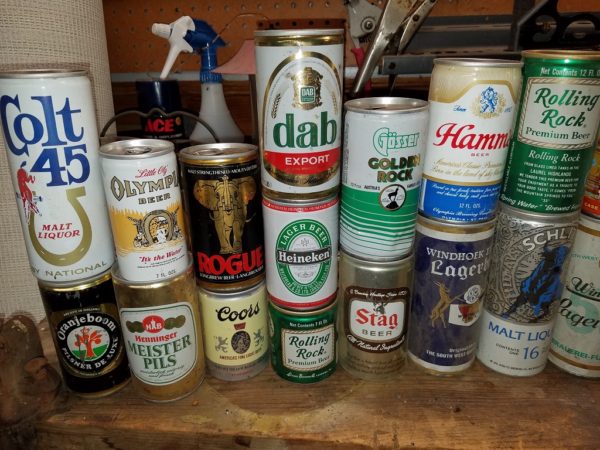 Back in the 1980s, at about the same time they were considered amnesty for the many illegal alien Central Americans floating around the country, Congress passed a law called the Emergency Medical Treatment and Labor Act (EMTALA) which mandated, among other things, that people could not be turned away from emergency rooms at any hospital:

The Emergency Medical Treatment and Labor Act (EMTALA) is a federal law that requires anyone coming to an emergency department to be stabilized and treated, regardless of their insurance status or ability to pay, but since its enactment in 1986 has remained an unfunded mandate.

…Referred to as the “anti-dumping” law, it was designed to prevent hospitals from transferring uninsured or Medicaid patients to public hospitals without, at a minimum, providing a medical screening examination to ensure they were stable for transfer. As a result, local and state governments began to abdicate responsibility for charity care, shifting this public responsibility to all hospitals. EMTALA became the de facto national health care policy for the uninsured. Congress in 2000 made EMTALA enforcement a priority, with penalties more than $1.17 million, nearly as much as in the first 10 years (about $1.8 million) of the statute combined (U.S. Department of Health and Human Services’ Office of Inspector General [OIG]). Between October 1, 2005, and March 31, 2006, $345,000 in fines were collected from 12 hospitals and one physician.

In other words, if you show up at a hospital, you have to be treated, or you can sue the hospital at the same time that government fines them.

Across the American south, emergency rooms are filled with people suffering from minor ailments who could easily have waited for a regular appointment with a doctor, but instead have showed up because of EMTALA, since they know that they will get free care, and will get it before paying customers, because paying customers cannot sue; only the destitute or otherwise “marginalized” can sue.

The result is that the destitute mob hospitals and overwhelm their resources, which was part of the original plan behind EMTALA to force necessity of socialized medicine by shifting costs to hospitals:

But in new researchâ€”based on decades of previously confidential dataâ€”Kellogg School assistant professor of strategy Craig Garthwaite and his coauthors find that when the population of uninsured Americans increases, hospitals end up bearing the cost by providing uncompensated care. In fact, their results suggest that each additional uninsured person costs local hospitals $900 per year.

That means hospitals are effectively serving as â€œinsurers of last resortâ€ within the American healthcare sector by providing care to uninsured patients who cannot afford to pay their medical bills. â€œPeople are still going to the emergency room,â€ Garthwaite says, â€œand they are still receiving treatmentâ€”so the cost is still there. When governments do not provide health insurance, hospitals must effectively provide it instead.â€

This has resulted in a bizarre economic condition where hospitals have fewer patients, but treat more people in emergency care, leading to rising costs at the same time they have reduced revenues, essentially forcing the closure of these hospitals:

Rural hospitals have disproportionately struggled with empty beds in recent years. In 2013, rural hospitals with fewer than 100 beds had an occupancy rate of only 37%, dropping 5.6% since 2006, according to the Medicare Payment Advisory Commission. That compared with a 63% occupancy rate for urban facilities.

The financial problems plaguing rural hospitals have many causes. The unwillingness so far of 21 states, disproportionately in the South, to expand Medicaid to low-income adults under the Affordable Care Act is a major factor, said Terry Hill, a senior policy adviser at the National Rural Health Resource Center. Roughly three-quarters of the 51 rural hospital closures nationally since 2010 have been in states that didn’t expand Medicaid.

As with all government plans, this one was designed to sound good to the voters. Who wants to be turned away from emergency care because they forgot their health insurance plan card at home? No one, so they all vote for the free thing. Government then refuses to fund it, necessitating the death of the independent hospital, the consolidation of health care into a few companies, and that government then pay for it with some kind of socialized medicine plan like Obamacare.

Ironically the solution is to do less. Remove regulations, get insurance out of health care, and allow people to buy “catastrophe” insurance that includes unexpected diagnoses of cancer or other life-threatening, expensive diseases. The cost of care itself will decline as the paperwork, regulations and lawsuit load decrease.

However, that one is not popular with the voters, who always want something for nothing and guarantees that they will be taken care of no matter what happens, even if it is highly unlikely to occur. As always, democracy spends itself into oblivion, ruining its institutions as it goes.

Collective Insanity | CNN Reveals That The Media Is A Mafia