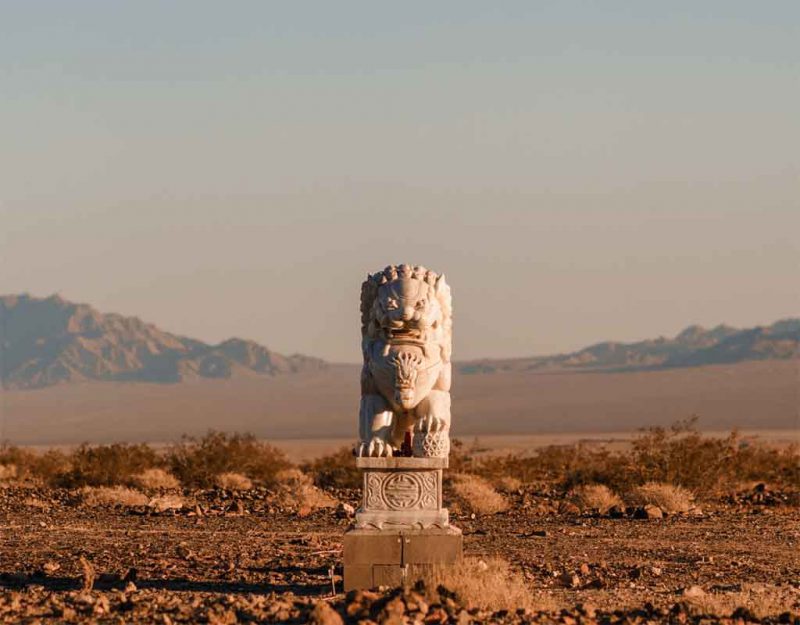 Humans see the world in context of immediate problems, which have a “first mover advantage” in that they come to us, instead of us seeking their underlying questions.

Sort of like a thesis looking for data (cherry picking) instead of data looking for a thesis (the “scientific method”) this process resembles a begging-the-question fallacy, in that we assume that the problem that manifests itself is actually a big structural problem instead of the result of something else which may or may not be solvable.

Consider the thriving society. Its infrastructure works well, and it steadily produces people of talent and quality by rewarding the good and punishing the bad. However, some citizens begin to complain because they have less than others. Society immediately shifts toward seeing the plight of these people as the problem, instead of realizing the broader question of whether they reward the good or reward everyone.

This happens any time that authority arises. People stop seeing the task or goal as the question, and start looking toward satisfying and manipulating the authority as the important question. Results matter less than appearances, conformity, and compliance in this case. Whoever fills out the most triplicate forms wins.

As a result of this orientation toward immediate problems instead of enduring structure, humans have a tendency to come up with simplistic solutions to complex problems. We have a long history for example of introducing foreign species, creating even worse problems.

Consider the spread of the domestic rabbit, a seemingly harmless critter:

The European rabbit’s introduction to non-native areas is an historical phenomenon. The people originally responsible for its expansion were the Romans, who, having seen it in its native Iberian peninsula (which was then part of the Roman Empire), took it back to Italy for food. In 1066 the Normans conquered England and introduced the rabbit there. Through the middle ages the rabbit kept spreading throughout Europe. During the age of exploration it was brought to many islands by ship crews and wreaked havoc on the islands’ small, limited ecosystems. But in a most devastating blow for a continent, the European rabbit was introduced to Australia in 1859 by a rich British landowner named Thomas Austin. Mr. Austin was living in Winchelsea, Victoria and missed the hunt from back home. So innocently enough, he bought 24 rabbits and had them shipped to his estate in Australia. He set them loose on his grounds and proceeded to have some hunting fun.

Fast-forward a century, and rabbits are devastating Australia:

A NEW REPORT by the Threatened Species Recovery Hub has narrowed down 10 invasive species with the worst impact on our native flora and fauna.

The research, published in Pacific Conservation Biology, found that rabbits were the number one pest impacting over 300 threatened species.

Invasive species become destructive because in their new home, they do not have a niche, or a place in an ecosystem where they both take and give. A rabbit in its native land has preferred food sources, customary predators, and some role such as aerating soil and contributing nutrients through excretion.

When an invasive species gets to a new land, it finds something that it can eat, and encounters a lack of its usual predators. This makes it a generalist, or a species without a niche, and it tends to both consume voraciously, since it is not optimized for these newer food sources and therefore must eat more to get the same nutrition, and breed rapidly both because of environmental pressure from its unstable situation and a lack of predators.

In this way, invasive species get that first mover advantage on a new area and come to dominate it.

We recognize the first mover advantage in business:

In this case, the invasive species presents itself as a new part of the environment which establishes itself in the space occupied previously by others. The ecosystem requires time to react and adapt, during which pocket or interval many native species get quashed.

Generalists survive at a lower level than niche species. They do not have specialized food sources or adaptations, so they have more options for food sources. Where specialists are adapted and efficient, generalists are unconstrained.

Since they require less specialized adaptation, generalists tend to mature faster than the native species. A native species needs to become accustomed to its niche, taught by its parents, and develops slower in order to be able to take advantage of that knowledge.

A generalist, however, has a simpler “program” by nature and eats anything, lives anywhere, and does not yet have habits for counteracting specific predators. There is less knowledge to pass on; generalists have lower overhead costs in exchange for being less efficient.

The most successful generalist species tend to be low in intelligence, high in fertility, and maniacally active in gathering food, in other words having few activities but eating and reproducing. This enables them to take over.

Over the next centuries, nature might shape these generalists to be adaptive, and you might get something like a kangaroo out of a rabbit. More likely, however, the generalists will become so numerous that they reshape the ecosystem and kill off native species, to the point that the environment adapts to the generalist instead of the norm, which is the species adapting to its environment.

We see the same thing with humans. The Californians who come to Texas are generalists; they have no real cultural activities, so they bear a lower burden than those who try to uphold a culture. For them, Texas is a place to work; there are homes to buy, and if the specs on the house fit their needs at a good price, then it is a good idea to buy. Neighborhoods? Sense of community? Standards of behavior? They expect none of this because they are generalists, and consequently, they displace each wherever they go.

We are accumulating miscellaneous people in modern society, and you can find them in neighborhoods without community or standards. People basically use these as extended dormitories. You stay in your house or garage and ignore everyone else, since you expect them to have nothing in common with you and the police to protect you if someone starts doing something which may infringe on your liberty or property. Other than that, as a generalist, you do not care; you have zero interest in maintaining or developing civilization.

Generalists come here to take advantage of what others have set up since it is now cheaper and easier, like a product after two generations, and so they can throw in minimal effort at a job and live better while this society keeps going. When it goes kaput, they will go seeking another place where they can live easily, being individualists or dedicated to no order higher than the self.

The West finds itself under assault by generalists from Asia who are quickly becoming prevalent in our academics, business, and institutions:

In this article, I will argue that young East Asians develop their cognitive abilities faster than the young of every other population and thus reach their full mental capacity much earlier than everyone else. In adulthood, many other people from other groups — in this analysis I will particularly focus on white Americans since there are other complex issues with Blacks and Hispanics — catch up with or even overtake them. This early development gives East Asians an early cognitive edge which they naturally use to gain a practice advantage in all academic subjects and cognitive tests, and get into gifted schools and elite universities. Unfortunately, this test score superiority does not translate to intellectual leadership or dominance in adulthood after other people’s brains also fully mature and/pr continue to mature.

If this hypothesis is true, then the real problem with Harvard is not that they effectively discriminate against East Asian applicants, but rather that they do not do enough of it. They admit a large portion of high-scoring Asians, expecting them to be the next intellectual leaders of society, but they end up being almost just normal achievers in adulthood. Thus, an academic system that was designed to select the best of the best, the crème de la crème – the future guiding lights of society – ends up selecting for hard working followers with only slightly above-average intellectual contributions to society.

Asia went to the generalist model many centuries ago when, in order to rein in its diverse and unmotivated tribes, bureaucracy was invented there. The bureaucrat concentrates power into a central symbolic authority, rewards those who reacts to the symbols, and punishes those who fail to conform.

In a society where bureaucrats have taken over, you end up with an environment that produces the human equivalent of rats, squirrels, cockroaches, and sparrows. That is, those who survive are those who are not just adaptable but flexible, meaning that they have no inherent specialization nor skills. They do what the system tells them to do, and work well in the layers of management produced by centralized states, or those which tend to rule by edict from a single source of power and create more bureaucracy to implement that rule. In contrast, societies like classical Europe had a hierarchical system, where a general agreement on goal was interpreted through localism, with each local area achieving what it could according to how it did things. Greater function was rewarded, and so society grew organically in both size and quality, with better methods spreading by word of mouth.

As a result, the Asians of today are accustomed to surviving in a centralized society. They do what they are told and little else; they maintain culture at a minimal level by tying it to practical functions, instead of abstract or transcendent goals, and they adopt materialist thinking easily. For them, the goal is to find some way of feeding themselves in the context of the complex bureaucratic system that now exists here, and they disregard everything else.

The West thrived by rejecting this kind of thinking, and now finds itself in an advanced stage of decomposition after having adopted the “new” ideas of the people who are good at schooling, office politics, and manipulating bureaucratic systems. Our specialized way of life has fallen prey to the generalists, and will not reverse until we make things inhospitable for the generalists.