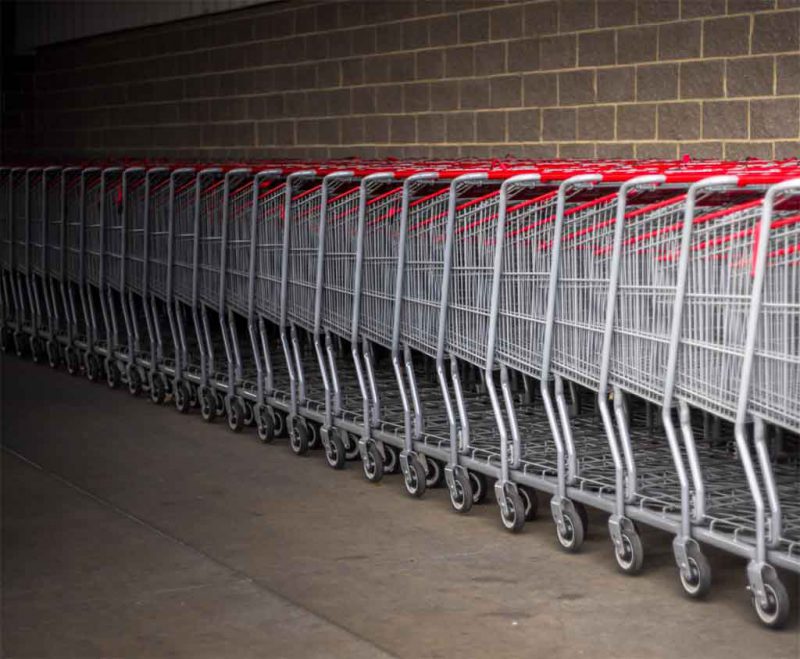 We hate to admit it, but we live among the ruins of a Western Civilization that collapsed long ago, formalized that collapse through two pointless world wars, and now lives on as a paralyzed corpse upon which the young of its predators feast.

Naturally, most want to know how we got here. The best answer is that some time ago, we lost our spirit. Some blame science for this, others industry, and still others Christianity, but it is likely that it fell before that.

From the perspective taken by Amerika, which sees our problem as a social movement which validates common pathologies through group action, our core failing probably came through our success.

As we became prosperous, people who would otherwise have been unable to survive were able to thrive in our society through simple, specialized tasks like keeping shops or trading goods. Their betters, tasked with babysitting, became miserable and died out.

That created a situation where the inmates ran the asylum, and soon the left side of the bell curve found a way to dominate through democracy, a strange hybrid of individualism that is dependent upon the group to enforce it, like a cult.

These thoughts gained prominence during The Enlightenment,™ when the sons of shopkeepers declared themselves “intellectuals” and starting praising individualism instead of the previous notion, which was that of an order — divine, hierarchical, and logical — that was greater than the individual.

We could have staved this off, but we had expanded so rapidly that infighting within nations and wars between nations occupied our time. Like the best of tragedies, it was not a question of fault so much as exhaustion that precluded noticing the evil among us.

In the New World Order, the largest unit in society was the individual, and so the unity of civilization evaporated. This took centuries, but really took off after the French Revolution made it clear to western nations that they must adopt democracy, or be overthrown by it.

This brings us to a state of mind where we hardly know ourselves. As W.E.B. DuBois observed when looking out over the ruins:

As Du Bois sees it, whites see themselves a certain way, namely as superior, civilized, perfect, beneficent, and called upon to help other peoples with their higher wisdom. But, in truth, as African-Americans can perceive quite plainly, whites are actually imperialistic, ugly, greedy, and corrupt in their practices. Whites are imprisoned in their own false self-conception. Their own seriousness with themselves contrasts sharply with the reality that African-Americans see.

Outsiders always have an easier time seeing a group than the group itself does. In diverse societies, the majority does not recognize itself because that unity is assumed, so people are focused on their part of that majority, like their special interests, social roles, status, and occupations.

This makes the majority a slumbering, oblivious lump which cannot recognize itself nor its dysfunctions. If those bad habits were introduced not by some clear and obvious external oppressor, but by its own bad behavior, it will not understand those behaviors as bad.

In our time, our bad behaviors are validated by egalitarianism. Everyone is equal, or should be equal, and therefore (a magic term) we can do whatever we want as long as we avoid violated the minimal social compact which prohibits murder, assault, and direct blatant theft.

It is because of our egalitarianism that we see ourselves as “superior, civilized, perfect, beneficent, and called upon to help other peoples with their higher wisdom.” We reason that since everyone is equal, and this is enforced by the herd, everyone agrees on something and therefore universal truths exist. In that view, our “good” behaviors must be applauded by all, when in fact they are specific to us and cause us to ignore many other things, such as the natural inequality between groups and the inability of us to cure that with egalitarianism.

Since we are “imprisoned in their own false self-conception,” we do not realize that our pursuit of worldwide human equality has made us “imperialistic, ugly, greedy, and corrupt in their practices.” We are bringing our sickness to others, not healing them.

You do not exist in the ruins of a civilization without having done something somewhat terrible. In fact, it must be something terrible that is invisible to you, or a lie that is widely accepted, sort of like the notion that we should be making people equal and, as long as we do that, we can ignore everything else.

We tell black people that they are equal and give them welfare and affirmative action, but they still are ruled by white cops, judges, lawyers, and merchants. Under diversity, maybe those are not even white, but they are still not necessarily black.

Even diversity becomes suspect. We tell other groups that they can come here and partake of our wealth, but to do so they must “assimilate,” or give up their own cultures, heritage, values, and beliefs where those conflict with ours.

In our universalist egalitarian democracy, you might have a religion or culture of your own, but you must accept pornography and LGBT+. You must accept an ethic of convenience and a philosophy of pluralism. You must reprogram your brain with our laws, economic system, and political system.

Ancient people lived in a dream where they connected to something essential about life and saw it in metaphor all around them. Modern people exist in a thought bubble formed of ideas inherited from the crowd and their own desires, and this leaves them anchored to nothing.

In this thought bubble, our thoughts rotate around the idea of equality, which is so basic that it becomes huge in our minds, and infuses everything else, changing the structure of those ideas. We have become robotic, insect-like, and barely have control of ourselves.

Early egalitarianism begat “racism” as we knew it after the Mongol invasions, Muslim invasions, and Barbary pirates. We construed them as against our equality, and destroyed them. Then, we did unto others as they had done unto us, and enslaved them.

Egalitarianism lends itself to hypocrisy because it is paradoxical. If people are not by nature equal, then equality is a human wish, but because we want it, we discard everything else and rationalize our acts as increasing equality and therefore, “good.”

This contrasts with normal healthy thought in which we decide what is good, and later assign to it categories like equal, or not. We are imitating an action long ago which is now forgotten as is the reason for it, living through a symbol of it.

Since we do not recognize this mental process, we have no idea that it is breaking us down even as it claims to lead us to Utopia:

“There’s an interesting phenomenon. When immigrant kids criticize each other for getting lazy or loose, they say, ‘You’re becoming American,”‘ Kasinitz says. “Those who work hardest to keep American culture at bay have the best chance of becoming American success stories.”

American culture was originally Anglo-Saxon culture, itself compatible with the Norse and Germanic belief systems of other Western Europeans, and consistent with the thought of the ancients in Greece and Rome.

Replaced by egalitarianism, our society marches on in a state of zombie fugue, going through motions whose originating reasoning it no longer understands. We live in a world without cause or effect; we do things because we conform, or because we desire them.

This self-obsessed self-centered narcissistic individualism has made us into monsters and destroyed our civilization. If we are to rise again, we will do so by rejecting this mental twilight state and finding our dream of excellence again.