How conservatives differ from liberals 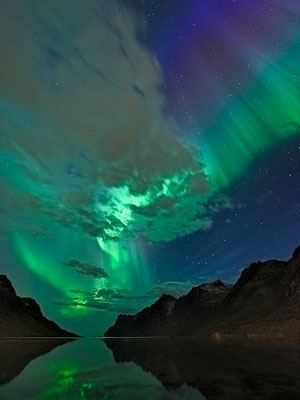 This ideology, which we call leftism, liberalism, progressivism, socialism, anarchism, communism or even liberal democracy (these are all degrees of the same idea), unites people based on a common interest in selfishness and a lack of common standards that might hold back their selfishness. Its ultimate idea is egalitarianism, or people being “equal,” an ill-defined term which leads naturally to its next demand, “pluralism,” which is a demand for non-judgment of their unrealistic ideas so that they can be equal in reality despite being unequal mentally.

The power of this ideology is that it spreads through a social virus, which is that people want to be seen as “nice” by others. The best way to do this is to be self-effacing, or even better, altruistic; this is an active way of being non-aggressive, or smiling in submission to others. You claim you’re harmless, and yet at the same time, you advance your objectives by making people like you, thus more willing to help you.

When one person identifies something as a “nice” idea, they’ve taken the initiative. Now everyone else must conform, or they get tagged as being not-nice, because people usually assume the term is right before assessing it. This linguistic and social trick is how most societies unravel, because once a few people start down the leftist path, others feel obligated to follow.

Naturally, these newcomers haven’t really thought out their actions. They just want to be part of the group! Unfortunately for all of us, they’ve taking on ideas that reverse cognition from cause-effect to appearance-effect, and also, have started accepting group “opinion” as more important than their own souls. This amounts to a mental disorder, but it can be cured.

The cure isn’t easy however. The primary problem is that leftists, because their war is against reality itself, start by changing the definitions of common words, and creating “talking points” and “issues” that are unrelated to reality, but which they demand must be debated because… because leftists care about them. As a result, extracting someone from the neurotic zombie hypnosis of liberalism requires first showing them how conservatism is different.

This distills down to a few basic differences:

Conservatives don’t trust coercive social order. When a man cuts your hair, or fixes your car, there needs to be some force that keeps him from screwing it up. After all, there are thousands of little shortcuts he could make that you might not discover in time to correctly blame him. He could slit your neck with that razor, or slash your brake line. How to stop him from doing that? The liberal answer is to have coercive order: (1) police to arrest him and courts to try him; (2) other people to scorn and boycott him; (3) a culture of guilt to brand him an outsider, ostracize him, and choke off his business. What do these have in common? They are all threats. They are necessary, but they are not the whole answer. A conservative sees these as incomplete, because there’s no positive motivation for these people to do a good job. A conservative’s answer is that we need a positive motivation, like a feeling we’re on the same team and share the same values, for the good people; for bad people, we need negative action like police and jails not to deter them from doing a bad job, but to filter them out of society. They’re broken animals and bad people and need to go away from good people, so that we don’t let bad destroy good. Good is always more important than bad. As the “broken windows” theory shows us, you can pollute a good environment with relatively small numbers of bad people. Thus if you want your society to survive, you want to separate the good from the bad and keep them separate.

We recognize that popularity is not reality. Most people do their learning through social interaction. They talk to others, figure out the gist of a situation, then go into it knowing that if they get in trouble they can ask others. The problem is that this makes them dependent on socialization to find their way through life. Soon they have deferred entirely to the judgment not of others, but of the perceived group. This leads to a group that manipulates itself based on whatever opinions people have at the moment. These tend to be negative, since only a reaction to a victimization is going to motivate a group. Either way, the group has abandoned the principle of looking to reality, comparing our desired result to results of actions in the past, and then selecting the action that got the results closest to what is desired. Instead, you get backward thinking, which consists of thinking of what is desired, finding something the group will like that corresponds to the effects intended, and then using that to justify actions which will not result in those effects, then lying about it or blaming others when it fails. Groupthink is not just a temporary phenomenon, but can be a state of mind.

Humanity’s problem is stupidity and moral cowardice, not institutions. The conventional wisdom among the oversocialized is that all people are basically good, and “therefore” our problems lie in unequal treatment by leadership or social institutions. The more plausible reality is that our institutions are shaped by what is expected from them, and when enough people are inattentive, oblivious, thoughtless, in a stupor, stupid, deceptive, criminal, etc., institutions become ineffective or corrupt. Instead of trying to find others to blame for our problems, we should look toward the people around us and select those that do not have these negative traits to be our leaders. An institution, composed of rules and procedures, cannot compensate for the bad judgment of its workers and it cannot fix the bad intent of the people it’s trying to manage. Our institutions reflect us, and they also induce us to rely on them, which incentivizes us to stop paying attention to our own behavior. We should instead focus on making each person behave well, such that institutions can work, and so that society does not have a high degree of internal friction which makes it self-destruction.

Conservatives believe each should reap what he or she sows. In the conservative worldview, our spirits are shaped by our discipline in studying our world, and responding to it. If we respond with reasonable actions, we should get reasonable results on the whole, and thus move ahead; if we respond irrationally or with bad faith, we should get bad results, and thus move downward. This is the same principle behind the scientific method, natural selection and even religious selection of the righteous, which holds that we pick those who have done good works by studying the world and responding to it intelligently. This is different from the “work hard” doctrine of our modern time, which believes that good little slaves should be advanced for their loyalty. The conservative view rewards effectiveness, and measures consequences not intentions. It is both a negative, in that it suggests punishment for the bad, and a positive, in that it espouses proportional reward for the good. With this system of incentive in place, we gradually discipline ourselves and squeeze out the bad people, who need to go to failing societies where such behaviors are tolerated.

The above are foreign, alien and even shocking to liberals. They exist in a worldview where there is one right Ideology which leads to Progress, and society should as a group replace institutions with those that impose this Ideology, based in egalitarianism, on the population to move them toward a new Utopia. The problem with this is that it’s entirely external, and doesn’t take into account people making their own choices and advancing as a result, but instead tries to advance them merely through ideology. However, for liberals to understand conservative, working their way past these major points will bring them the clarity they need to understand the rest of the conservative canon.