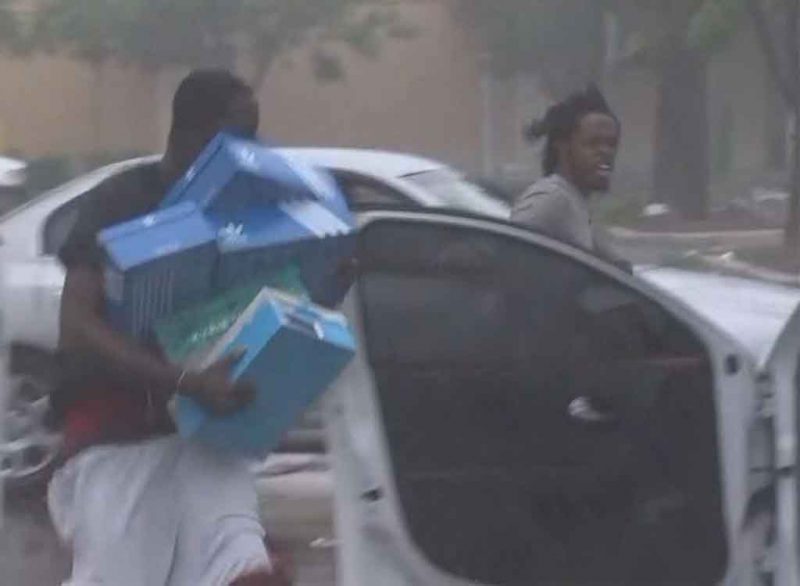 You may find yourself wondering how things got this bad. For America to have come to its present point, disunified and dysfunctional, something had to go massively wrong in the past. Much as with the question of the decline of Western Civilization, we find ourselves looking backwards and finding threads that later combine to form larger historical events.

One thread for America has been its descent into becoming an ideological regime like that of the Soviets. In an ideological regime, society possesses an ideology or ideas of things should be which it applies to its citizens through “social engineering,” aiming to eventually transform them into an ideal population, according to its ideology.

America the original version was explicitly anti-ideological. The founding fathers believed that if you gave government a blank check mandate to reform civilization, it would do so by making itself all-powerful, and would then become self-serving, which is the definition of tyranny. They joined Plato in this concern.

Plato saw different types of governments as reflecting the underlying quality of a society. When the people were good, they would choose minimal governments that guided a natural refinement of culture, like an aristocracy. As the civilization aged and lost sight of its goals, they would have to rely on military rule, then oligarchy, and finally, democracy.

In the views expressed in The Republic, democracy always led to tyranny because it made people into narcissistic opportunists who quickly discarded or gave up on the idea of having a functional civilization. For them, the ultimate bourgeois, all that would matter were the services that society offered to them for the prices of their taxes.

This meant that government went through several stages. At first, it merely guarded the culture with which it was entrusted; next, it found an ideology, and began growing in order to apply that ideology; finally, it became entirely self-serving, using the blank check of ideology to expand its power to the point where culture, society, and individuals served it.

If a tyranny is a government that acts in its own interest at the expense of the civilization around it, then democracy transitioned to tyranny rather quickly, Plato wrote. As soon as people became narcissistic, they would depend on government as a type of babysitter or manager, and at that point, government would promise “safety” in exchange for total power.

We are in that final stage now. Using civil rights as a battering ram, government removed any obstructions to its power from the 1920s through 1960s, and in the subsequent decades, reformed itself to become a tool for the fundamental transformation of America into an ideological state, or a Utopia.

At the start of this era, fundamental transformation was seen as a positive goal:

“We are five days away from fundamentally transforming the United States of America.”

So declared Barack Obama in Columbia, Missouri, on Oct. 30, 2008, on the cusp of his historic presidential election.

…[T]he genuine fundamental transformation…has occurred not in economics, government, or foreign policy, but in culture.

Not just in culture, however. The Left recognizes that culture is downstream of genetics, and so they intend to change that, too. “Fundamental transformation” means that they create a factory through which they intend to run their population, with raw materials altered on the assembly line to be an entirely different product that government desires.

Obama’s government got to work on genetic fundamental transformation as well:

And here’s how it will happen: the federal government will track neighborhoods according to race, class, and ethnicity. Then, the feds will descend, rezone the area, and proceed to transform American suburbs into the equivalent of Venezuela. The hope is that flooding established communities with lower-income people that represent the racial, religious, and economic makeup of the government’s choosing will result in the ultimate exorcism of injustice.

Young people tend to marry the girl or boy next door, or from a block over, maybe from first period English class. The long-term plan implicated by the government here is the genetic mixing of these different groups, which when it is all done, erases the original groups and leaves a new one in their place.

Contrast this with the United Nations definition of genocide (h/t Genocide Report):

I put a section in bold for you there. Fundamental transformation can include genocide so long as it is done indirectly, and that provides a loophole for government, which can replace populations so that it has a more obedient mixed-race group and claim that it was not engaged in genocide. After all, they chose to miscegenate, after the wholly coincidental “fundamental transformation.”

Through this we see the threat of ideological government: it tends to leave ruins behind not just in a temporary sense, but a permanent sense. The people it rewards will replace those that it marginalizes and if it is like most ideological government, it will reward the unproductive at the expense of the productive, lowering the abilities of the population it leaves behind.

In other words, while humans who in a state of nature tend to reward the strong, government rewards the weak because they are tractable and pliable, and this in turn kills of the strong. Government is the enemy of Darwin and of qualitative improvement, which makes sense because the government model is mass mobilization of idiots, not having exceptional people.

We must ask, then, when our government went down the path of ideology. Luckily, the answer does not take long to ascertain: during the Civil War, government decided to move from natural rights — the idea that government could not impede your enjoyment of the same independence you experience in nature — to civil rights, in which government must enforce equality upon its population.

That changed government from a caretaker to a fundamental transformer. Not surprisingly, ideologues loved it; for example, Karl Marx wrote fondly about what Lincoln was doing in the USA, as if in parallel with the Leftist revolutions rocking Europe at the time:

While the workingmen, the true political powers of the North, allowed slavery to defile their own republic, while before the Negro, mastered and sold without his concurrence, they boasted it the highest prerogative of the white-skinned laborer to sell himself and choose his own master, they were unable to attain the true freedom of labor, or to support their European brethren in their struggle for emancipation; but this barrier to progress has been swept off by the red sea of civil war.

The workingmen of Europe feel sure that, as the American War of Independence initiated a new era of ascendancy for the middle class, so the American Antislavery War will do for the working classes. They consider it an earnest of the epoch to come that it fell to the lot of Abraham Lincoln, the single-minded son of the working class, to lead his country through the matchless struggle for the rescue of an enchained race and the reconstruction of a social world.

Those who believe in using government power to transform societies found what Lincoln was doing to be acceptable. Instead of maintaining the society that he found, he took a contrary moral position in order to force it back into the union. His goal was not ending slavery, but ending slavery provided a tool toward reaching his goal.

For those who came after Lincoln, the power of what he had discovered became undeniable. If government wanted to act, it needed only find some example of someone who was not equal enough, and this would enable it to act in ways that previous generations would have seen as tyrannical and that were similar but gentler to the methods of the Soviets.

Consider how aggressively government expanded its power using civil rights as a justification back in 1957 in Little Rock, AR:

On May 17, 1954, the U.S. Supreme Court ruled unanimously in Brown v. Board of Education of Topeka that racial segregation in educational facilities was unconstitutional.

…On September 23, as a mob of 1,000 whites milled around outside Central High School, the nine black students managed to gain access to a side door. However, the mob became unruly when it learned the black students were inside, and the police evacuated them out of fear for their safety. That evening, President Eisenhower issued a special proclamation calling for opponents of the federal court order to “cease and desist.” On September 24, Little Rock’s mayor sent a telegram to the president asking him to send troops to maintain order and complete the integration process. Eisenhower immediately federalized the Arkansas National Guard and approved the deployment of U.S. troops to Little Rock. That evening, from the White House, the president delivered a nationally televised address in which he explained that he had taken the action to defend the rule of law and prevent “mob rule” and “anarchy.”

Sixty years on from that decision, modern America is accustomed to the civil rights shakedown: when someone is found to have been discriminated against — transgender, Mexican, black, Asian, Muslim, poor, homosexual, obese, mixed-race, female — this gives government not just an excuse but a demand by the voters to swing into action.

At this point, lives are ruined by a racial joke told to the wrong person, mentioning the “wrong” research, noticing that diversity is failing too loudly, or joining a group that is too far to the Right. We live in a Soviet-style empire, even if ours simply ruins lives instead of shooting people at dawn in the Lefortovo courtyard. There is an ideological right way to think and act, and anything deviating from this — dissent — is punished.

Our insincerity proves even more dramatic. Civil rights makes government powerful and motivates the Left to vote, but the same people who swear by it seem entirely comfortable with bad results, or at least having most ethnic minorities exist in a permanent underclass which we use for cheap labor just as Foxconn uses Chinese as virtual slave labor.

We no longer own our own civilization, nor do we have a culture. Instead we are occupants who are permitted to be here on the condition of obedience, knowing that our time will be wasted in an attempt to achieve misguided ideological goals. If we fall out of line, we will be sacrificed to keep the others in line.

The only escape requires that we reject the ideology. We cannot get around that obstacle; as long as government has its carte blanche to enforce itself on us, it will simply take a few steps back and then resume its inexorable path to total domination. If we do not take away its legitimacy, it will rule us into the grave.