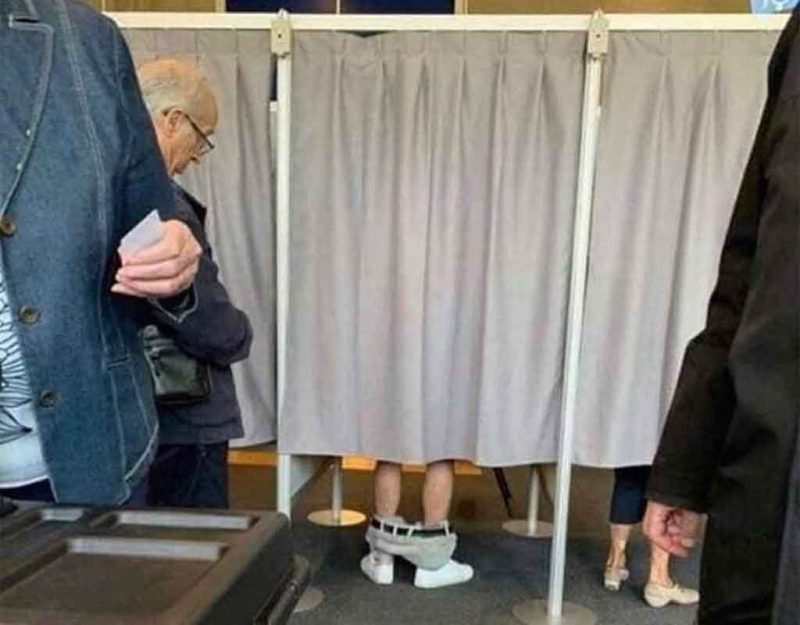 In the 1990s, things really went wrong, but as usual only the sensitive and intelligent could see this. Liberated from the Cold War, the world gave up on questing for anything and indulged in the basest instincts of the consumerist revolution.

This followed a decade of intense materialism, the 1980s, where people essentially gave up on having anything in common and focused on making themselves wealthy enough to escape the growing Brazil 2.0 which formed the base of America.

At the dawn of the following decade, it became clear that the 1980s materialism and 1960s hedonism — including moral hedonism, or feeling good for advancing the ideology of equality because it made the egalitarian person look enlightened, hip, cool, and untroubled — would merge into a new type of “work” capitalism.

Such a system pairs a strong drive toward personal accumulation of wealth with a political boilerplate of universal love and compassion, allowing the selfish individual to both act for their own self-interest alone and seem “enlightened” and innovative.

This time just awaited its acolyte, and it came in the form of Bill Clinton, who made Civil Rights — specifically racial equality — the core of his agenda and aesthetics. This showed Americans how to be the new style of materialist, the one who hides his secret agenda.

Naturally such a system weakened the America that had gone to the moon and fought two world wars. Not surprisingly, the enemies of America had a hand in it:

Not only that, but the Left-leaning media — the Chinese are also Left-leaning — failed to report on this, preferring instead to focus on celebrities in true Collapse of Rome 2.0 style:

According to an analysis by the Media Research Center, the news coverage of the congressional hearings on the China scandal in the summer of 1997 were dwarfed by reports on the murder of fashion designer Gianni Versace and the death of Princess Diana.

All of this happened despite strong evidence that Chinese military and political forces were actively funding the Leftist movement in the United States:

The most suspect funds were brought in by Johnny Chung, a bagman for the Asian billionaire Riady family. Chung confessed that at least $35,000 of his donations to the Clinton campaign and the DNC had come from a Chinese aerospace executive — a lieutenant colonel in the Chinese military. Chung said the executive had helped him meet three times with General Ji Shengde, the head of Chinese military intelligence. According to Chung’s testimony, General Shengde had told him: “We really like your president. We hope he will be reelected. I will give you $300,000 U.S. dollars. You can give it to…your president and the Democratic party.”

The amounts involved were sizeable and we may not yet know the scope of the Chinese donations to the Democrats which happened off the books:

Ng, a Macau businessman with ties to the Chinese government, was accused of funneling over $1 million in illegal foreign donations to support Bill Clinton’s reelection campaign in 1996.

According to congressional investigators, Ng laundered the illegal campaign donations through a close Clinton associate in Arkansas named Charlie Trie during the 1996 election.

Trie, who sent the donations to the Democratic National Committee and Clinton’s legal defense fund, pleaded guilty to violating campaign finance laws in 1999.

Not only that, but the donations continued after the campaign, with Chinese giving to The Clinton Foundation occurring after the Clinton presidency:

One donor – Rilin Enterprises- pledged $2 million in 2013 to the Clinton Foundation’s endowment. The company is a privately-held Chinese construction and trade conglomerate and run by billionaire Wang Wenliang, who is also a delegate to the Chinese parliament. Public records show the firm has spent $1.4 million since 2012, lobbying Congress and the State Department. The firm owns a strategic port along the border with North Korea and was also one of the contractors that built the Chinese embassy in Washington.

That contract is a direct tie to the Chinese government, according to Jim Mann, who has written several books on China’s relationship with the U.S.

Campaign finance laws prohibit foreign interests from investing in U.S. elections to prevent foreigners from buying political influence at home, but those rules don’t apply to the Clinton Foundation.

This goes back to the earliest days of the Clinton campaign in Little Rock, Arkansas:

Other key alliances took root in Arkansas. It was in Little Rock that Bill Clinton met Charlie Trie, the owner of a small restaurant who would later plead guilty to a scheme to funnel illegal donations originating in China into Democratic Party coffers.

In return, among other things, the Clintons gave missile technology to the Chinese:

President Clinton also lifted security controls, allowing thieves to access other vital military technologies, while disarming his own side and opposing needed defenses.

“One of the key technological breaks China received, without having to spy to get it, was the deliverance of supercomputers once banned from export for security reasons,” writes Horowitz.

According to a Wall Street Journal account from Clinton days, a bipartisan congressional inquiry “found Beijing has stolen U.S. design data for nearly all elements needed for a major nuclear attack on the U.S., such as advanced warheads, missiles, and guidance systems. Targets of the spying ranged from an Army anti-tank weapon to nearly all modern fighter jets. Most wasn’t done by professionals, but by visitors or front companies. Lax security by the Clinton Administration is blamed in part, and satellite makers Hughes and Loral are criticized.”

The administration, flush with Chinese cash, spearheaded technology transfer to China under the guise of industrial cooperation:

The Clinton Administration notified Congress today that it had approved the export of technology to China to permit the launching of a communications satellite aboard a Chinese rocket next month.

President Clinton said in a letter to Congress that the transfer would not harm national security or significantly improve China’s military capability in space. The President was required under a 1998 law to certify that all such technology exports are in the national interest.

The certification was the first such notice to Congress under the law, which was passed in the aftermath of a Congressional uproar last year over the transfer of sensitive missile technology to China.

Matthews fails to note in his “fact-check” that, in addition to the $550,000 paid by a Chinese “foreign business group,” Bill Clinton also received, in the same year, $200,000 for a speech paid for by an entity of the Chinese government. This Clinton speech, delivered on October 21, 2011, took place just 10 days after Secy. Clinton publicly announced an “Asian Pivot” in American foreign policy.

According to Clinton Foundation Form 990s, reviewed by Breitbart News, Bill and Hillary’s foundation has had bank accounts and/or foundation offices in China since at least 2005. Between 2001-2006, Bill Clinton was paid $700,000 for four speeches by Chinese brokerage firm CLSA Asian Markets.

The Clintons have taken donations from China for their Foundation which coincide with their need for campaign cash:

Alibaba, which took over Yahoo’s China operation in 2005 as part of a billion-dollar deal with the U.S.-based search engine, arranged for the former president to speak to a conference of Internet executives in Hangzhou in September 2005. Instead of taking his standard speaking fees, which have ranged from $100,000 to $400,000, Clinton accepted an unspecified private donation from Alibaba to his international charity, the William J. Clinton Foundation.

The former president’s charity has raised more than $500 million over the last decade and has been lauded for its roles in disaster response, AIDS prevention and Third World medical and poverty relief. But his reliance on influential foreign donors and his foundation’s refusal to release its list of donors have led to repeated questions about the sources and transparency of his fundraising — even as Hillary Clinton has talked on the campaign trail about relying on him as a roving international ambassador if she is elected president.

One wonders how many others on the Left, including politicians and the media, have received similar donations. This money built the Clinton machine and enabled one of America’s most powerful political dynasties to rise despite a history tainted with scandal.

This pattern did not change under Barack Obama, who took funds from entities linked to the Chinese government much as the Clintons did:

A prominent Democratic donor with ties to the Red Chinese government may be implicated in the Obama campaign’s flouting of federal campaign finance law, according to a bombshell investigative report.

The GAI investigation found numerous links to Obama.com on foreign blog sites and forum boards, links that “increase the probability that foreign nationals will try to donate to the Obama campaign.” Furthermore, the GAI discovered that search engine optimization (SEO) techniques were employed at some point in order to generate foreign traffic to Obama.com.

The Obama campaign raised more than $500 million online in 2008, the vast majority of which came in amounts less than $200. Federal election law does not require campaigns to collect information about the individual making the donation at such a low level.

One wonders how long China has held control of the American political apparatus via this method. Surprisingly, our Leftist media shows no interest in investigating further. No matter how you slice it, a vote for the Left is a vote for China.